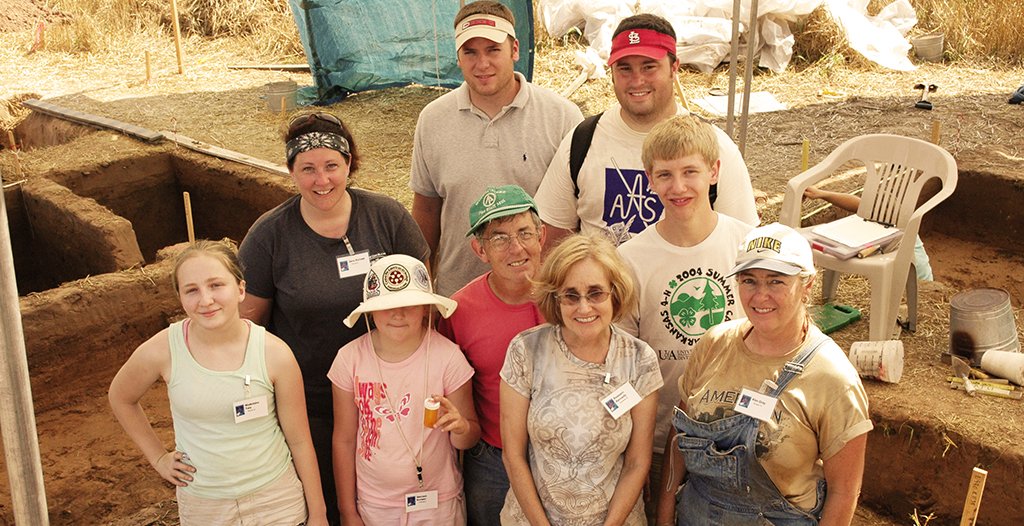 March is Archeology Month in Arkansas. Archeology is the scientific study of past human culture and behavior from the origins of humans to the present through the study of artifacts these people left behind.

Arkansas provides scientists and amateurs alike a treasure trove of artifacts to study. Did you know that more than 11,000 thousand years before Christ walked the earth there is evidence that prehistoric people were already living, raising families and dying in what we now call Arkansas?

Whether you want to know more about the people who lived here long ago or have artifacts, arrowheads or other found objects and wonder about their origin, Arkansas Archeology Month has events at important sites throughout the state in March to broaden the public’s interest and appreciation for Arkansas’s archeological resources and to encourage the public’s participation in conservation and preservation efforts.

“People have left evidence that indicate they have lived in this area for at least 13,500 years,” said Leslie C. “Skip” Stewart-Abernathy, PhD, head of the Arkansas Archeological Survey Station at the Winthrop Rockefeller Institute on Petit Jean Mountain near Morrilton. Some people call him “Dr. Skip” to recognize both his expertise and experience, and his informality.

Formerly located on the campus of Arkansas Tech University, the Archeological Survey office is responsible for archeological resources in 11 counties in west-central Arkansas, including the southern fringe of the Ozarks, a large portion of the Ouachitas and the Arkansas River corridor in between.

Examples of important prehistoric archeological sites in the River Valley include rock shelters and rock art sites such as the numerous pictographs and petroglyphs at Petit Jean State Park in Conway County, said Stewart-Abernathy.

In fact, there are so many important artifacts there, it ought to be renamed “Petit Jean Archeological State Park,” he added.

For a real taste of archeology, come to the Open House of the Winthrop Rockefeller Institute (WRI) Station at Petit Jean Mountain on Saturday, March 3, and see artifact displays and have your own finds identified and analyzed. Try your hand at throwing spears with an atlatl, learn how simple it is to make flaked stone tools, and hear Dr, Skip talk on “The archeology of Community, or, Going way beyond the individual artifact.”

Besides Petit Jean Mountain, Dr. Skip noted there are many other important archeological sites in the River Valley.

The Point Remove site near Morrilton includes several temple mounds made by farming Indians in the 1200s.

Carden Bottom in Yell County is also world famous for the finely made 15th and 16th century Native American ceramics. Looted generations ago, professional and amateur archeologists are finally building a more complete picture through excavation of burned houses and trash pits full of animal bones discarded after eating the meat.

The River Valley also has many emigrant Cherokee sites and early 19th century towns. Site include Cadron in Faulkner County, Lewisville in Conway County and Galla Rock in Pope County with its surviving cemetery, not to mention the 1818 Trading Post, Cherokee settlement of leader John Jolly, and the short-lived town of Spadra in Johnson County. What was once called Titsworth Landing still-thrives today as Ozark in Franklin County.

Dwight Mission, a church- based Cherokee Indian site with an old cemetery for early Cherokee settlers, is now located on private property belonging to Mission RV Park, on Hwy 64 east of the Dardanelle bridge. Dwight Mission happens to be the first Protestant mission west of the Mississippi.

Archeology month is made possible through the efforts of supporters throughout the state at parks, libraries, museums, and other agencies and organizations.

Facebook - Click to Share!
← Prev. Clearly I can Find My Phone, If I Can Find My Glasses Next: Starting from Scratch..Bringing the Middle East to the South →