The legend of Ol' Hickory 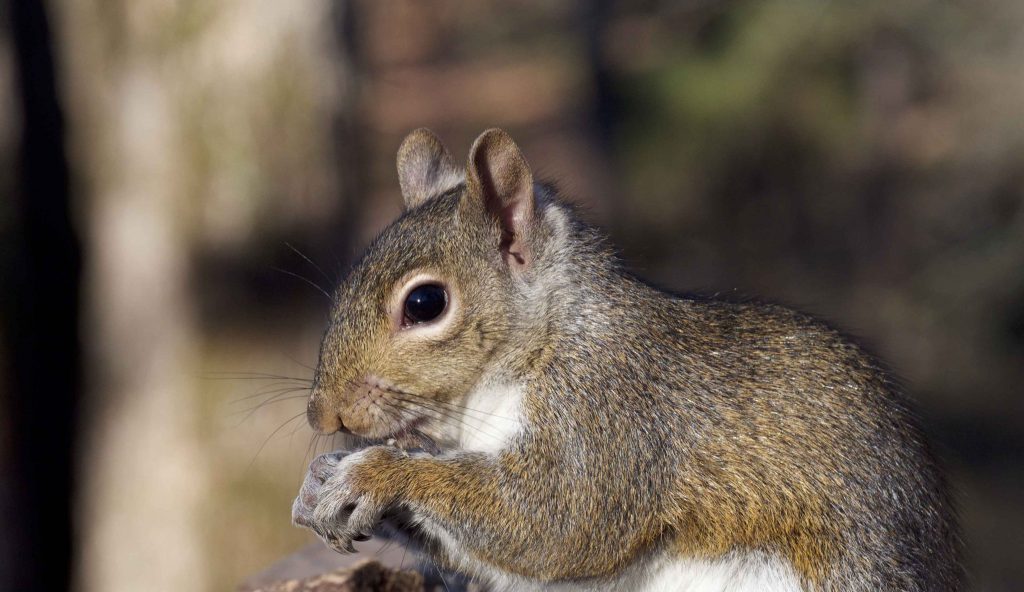 I don’t recall the year, but it’s been several since that day. A steamy, late summer afternoon found me waist deep in the cool waters of the Illinois Bayou somewhere north of Hector, Arkansas. Cicadas buzzed in the hardwoods and the barbaric cackle of a pileated woodpecker occasionally echoed through the hollow. Sol was still an hour away from sinking below the hills, and the theory of an inverse relationship between sunlight and bass fishing was again proving true. As light waned fishing success waxed. I had already caught four or five smallmouth bass, or as I like to call them, brownies. They were running big, with a couple of nice ones in the 15-inch range. A 15-inch brownie is noteworthy for our clear Ozark streams.
As is the case in early August, a few hickory trees had started dropping mast. A fierce summer of record heat and little rain had made it a poor year for mast production. The winter pickings would be slim for upland wildlife. Trees on the creek bank, however, had fared better than those on the ridge tops and the steady “plop” of falling hickory nuts added to a relaxing atmosphere on the creek. Gray squirrels and chipmunks had taken note of this bounty. It seemed that every square foot of creek bank had a foraging rodent on it.
As I waded around a bend in the creek, a deep pool opened up and a fallen sycamore jutted into the deepest part of this pool. The tree vibrated with little ripples radiating out from limb tips as a gray squirrel bounded out onto the sycamore with its trademark start and stop hops. It reached the outermost branches of the tree and there it grabbed a hickory nut, which was conveniently wedged between two skinny twigs. The squirrel sat there on thin limbs, casually shucking the hickory nut, when I noticed a wake starting from the middle of the pool. The wake gained speed as it neared the fallen sycamore and then the biggest smallmouth bass I have ever seen exploded on that poor squirrel. The take was only slightly less dramatic than National Geographic footage of Nile crocodiles preying on wildebeest, but only slightly and only because of scale. Water frothed with violence as the squirrel’s paw grasped a skinny twig in desperation only to be ripped away as its fluffy tail disappeared under the surface.
I stood there stunned.

The brutality left me with a racing pulse and ragged breath and the sheer size of the smallmouth was truly shocking. This fish was easily over 25 inches long. Brownies in the Illinois Bayou aren’t supposed to get that big.
As the ripples faded, I shook off my stupor. I had to find a way to catch that monster. Rummaging through my little fly box with shaky hands brought no answers. This fish wanted a mouthful and my assortment of buggers, Clousers and poppers were barely bite size for such a giant fish. Even the lone mouse pattern in my box was too small compared to a two-pound gray squirrel. All I could do was sit and watch the pool, hoping to see the giant smallmouth again.
Now, a 26-inch smallmouth swimming in the Illinois Bayou seems incredible. If word gets out about it, bass anglers from all over the world will be lining the creek banks. If anyone caught the beast, world record recognition would be in the crosshairs. A brownie that size is, in a word, amazing. But even more amazing was seeing the bass again as it plucked a floating hickory nut from the surface.
And then it carefully, gently wedged the hickory nut between thin limbs of the fallen sycamore tree.
← Prev. More than band-aids and ice-packs Next: Russellville Downtown →