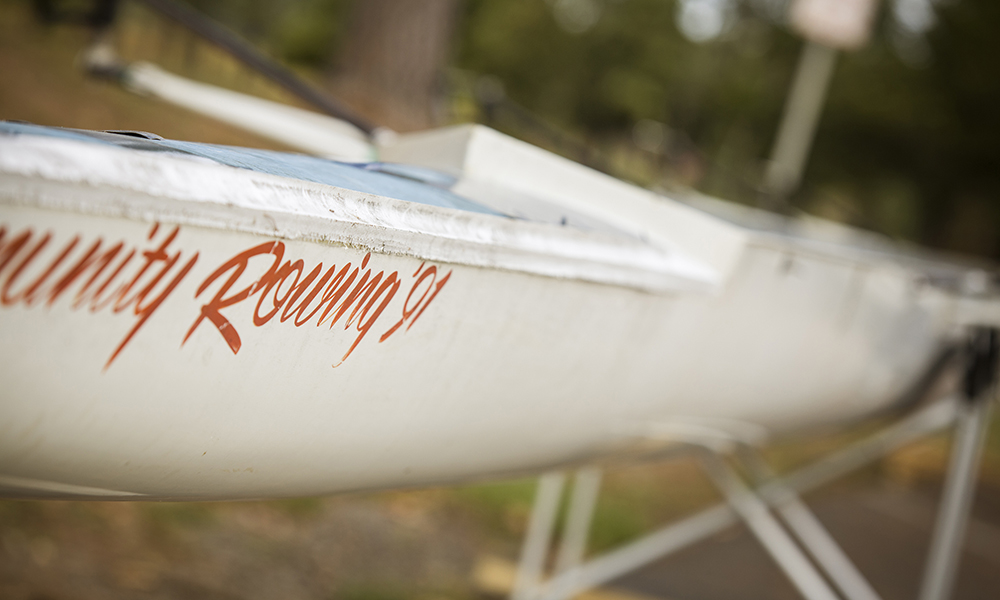 There is no denying that many who inhabit the River Valley love to be in or on the water when the conditions are right. More often, you hear of locals floating, tubing, fishing, etc., but Steve Newby, founder of Russellville Rowing Club (RRC), has taken the initiative to begin providing the area with the tools needed to be a hub for rowing.
RRC is a non-profit club of rowing enthusiasts organized to teach, practice, compete and promote the sport of rowing in Russellville, Arkansas. They also want to encourage a healthy lifestyle and to foster teamwork in the sport of rowing among people of diverse backgrounds and levels of experience.
“When you mention rowing in the River Valley, people say ‘Yeah! I have a kayak or a canoe,’ but it is not the same thing,” said Newby.
Rowing is often referred to as crew in the United States. It’s a sport with origins dating back to Ancient Egyptian times. It is based on Newton’s third law that states each action has an equal and opposite reaction. By pushing against the water with an oar a force is generated to move the boat.
“I started rowing about four years ago, down in Little Rock on the river at the Arkansas Boathouse Club. I liked it because I was a cyclist. I was intrigued by being on the water and what it did for a workout. It is the only sport that uses all the muscle groups that has no impact,” explained Newby.
Upon growing his fascination for the sport, Newby began to scout out opportunities closer to home. “I got tired of going down to Little Rock and didn’t row for a while, but then I realized that the Illinois Bayou is just perfect for it.”
His passion and enthusiasm for educating others about rowing sparked a desire to start a local club and ultimately have a boathouse in Russellville. “About two years ago I started putting together the elements that are needed to form a club.
There are only three clubs in Arkansas, the Arkansas Boathouse Club in Little Rock being the main one. What I want to start here is a full rounded club, meaning junior teams for kids in high school through competitive club teams, competitive college teams.”
When he began talking up his dream of starting the club, the first question many of the people and schools he spoke with had was where they would get a shell, which is the equivalent to a boat.  “I made a connection with Wichita State University who was kind enough to rent the club a used four with a coxswain for six months,” said Newby.
Because of a abscence of low profile docks in the area, the club has had to borrow docks from the Arkansas Boat House Club in Little Rock. The club is also greatly appreciative of Mak Hollis at Russellville Parks and Recreation for his assistance in modifying the dock. With these rowing docks, the crew is able to balance with their oars and begin rowing.
Because of the many components needed to become an active rower, RRC is trying to make everything accessible and in one location.
RRC is in the early stages of membership and intends to meet on a monthly basis as soon as they are at full speed. Benefits offered to members include: organized club equipment, facilities, training, events, learn-to-row sessions and year-round instruction and training by experienced rowers, access, training and competition on ergometers and club 4x sweep shell with stern cox and specialized low-profile rowing dock.
“With the water and the energy we have here, we could make a club that would get people’s attention. This is the fastest growing sport in Texas and Florida, and a major Title IX women’s sport” said Newby.
Both beginner and seasoned rowers are welcome to join RRC, however, you must be over the age of 16 and able to pass a swim test. “This is the only water sport that does not require a life preserver,” said Newby. Additionally, official liability, swim test and parental waiver forms are to be signed at the time of payment.
Rowing can provide more than just health benefits and a hobby to occupy your free time. For students, it can be a way to pay for college as it is the leading sport for college scholarships. There are 138 rowing programs in all NCAA division, offering roughly 20 scholarships per school.
Whether you are interested in rowing or just learning more about it, Newby has plans to include the entire community as RRC and its activities grow. “People set up picnics and watch them compete. The Illinois Bayou is a wonderful spectator venue because we could block off one lane and still have two-way traffic. People could park and watch regattas,” said Newby.
“There are northern collegiate teams that will come here and train in the early spring,” he added.
If you are interested in a membership with RRC or learning more about their vision and future plans, contact founder, Steve Newby, at 479-699-5634, by email at snwater1@gmail.com or check out RRC’s Facebook page, “Russellville Rowing Club”.
Membership levels, their annual rates and a few of the benefits are as follows, and we hope to see you on the water!