Crawling Under a Rock 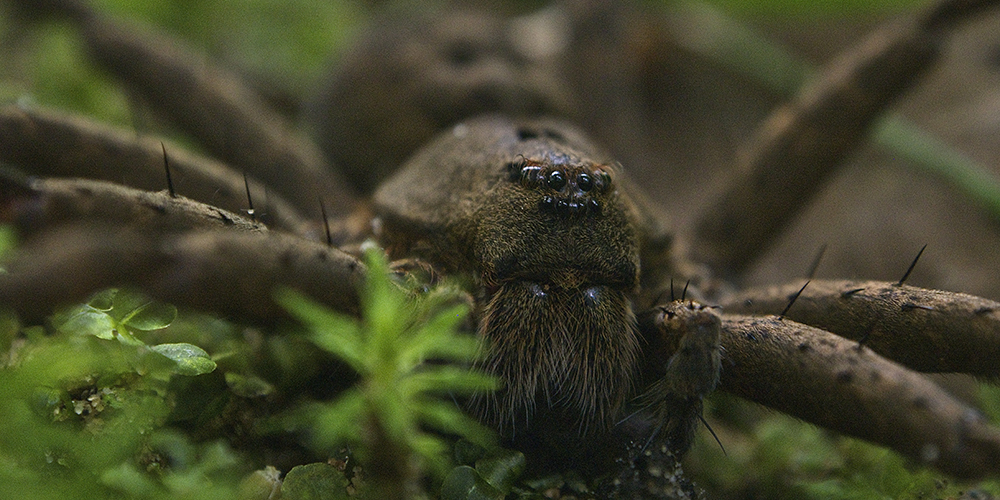 What is it about a big flat rock that just beckons you, or at least me, to flip it over? Maybe it’s because for years — nope, make that eons — a big flat rock could provide some food for a hungry Homo sapiens. Way back in our history, before we became…civilized, we weren’t so discerning regarding what we put in our mouths. Maybe that lingering thought, passed down through generations that never knew refrigerators and McDonalds, still echoes in our heads.
Maybe it’s just curiosity. After all, we humans are insatiably curious. Perhaps wondering what could be under that big rock is what led to the discovery that, by golly, there are vittles underneath there. It’s kind of a chicken or egg thing.
Whatever the reason, I am compelled to flip over any descent sized flat rock I see. In the water or high and dry, it doesn’t matter. This compulsion has led to some rather embarrassing moments for my wife, as we might be in the company of other adults who aren’t familiar with her husband’s nerdy-kid behavior.
Underneath the rock an alien world teems with life. There are critters here you seldom see in the light of day. They scuttle and crawl as the piercing, blinding sunlight invades the dark dampness of their home. You’d better look fast for some of them.
Lizards like to hang out under rocks. Most of the time you’ll find skinks, either the five-lined, broad-headed, or little brown varieties. Sometimes a fence lizard or race-runner will get out of the heat and under the shade of a big rock. You could find a snake. Most are harmless, but be careful. Other venomous critters live under rocks too. Scorpions, centipedes, or maybe a wolf spider will take off as you lift off the cover of their home. Often these creatures will try to get under your shoe if another rock isn’t handy. They’re not trying to get you, they’re just taking cover.
Earthworms pull themselves down into the soil and you’ll need to dig in a few inches if you want any fish bait. Some of the slower creatures, the pill bugs or roly polys, and millipedes hurry along at their own definition of fast. Snails and slugs are pretty much at your mercy. The snails have a shell but it’s flimsy protection from humans. The slugs can only count on your humanity, so please, hold the salt.
Aquatic rocks hide even more weird creatures. The speedsters of the creek are the darters and madtoms. Sometimes a darter will lay on the bottom, counting on its camouflage to make it invisible and then just as your hand gets close…ZOOM! It’s gone. Madtoms are nothing more than a black blur. They move so fast you’re left wondering if you really saw the tiny inky catfish. The crawdads seem torn in their decision. Sometimes, as the silt settles, you can spy Mr. Pinchers playing it cool. He’s hoping you’ll look past him. Sometimes he’s off like a shot and you’re left scratching your head, wondering which rock he’s under now.
Hellgrammites, larvae of the dobsonfly, cling to the rocks. Other animals that have relatives on land are found here, too. Fresh water snails and aquatic sow bugs that look just like roly polys crawl across the wet rocks. You think it’s weird to see a roly poly living under water, but the terrestrial pill bugs are the oddballs. Pill bugs are related to shrimp, crabs and crawdads. They are in fact land-living crustaceans.
Little worlds of untold wonder are all around us everywhere just waiting to be discovered. After we lift the cover and revel in the diversity of souls we scarcely knew existed, we rest their refuge just as we found it and life under the rock resumes its pace.