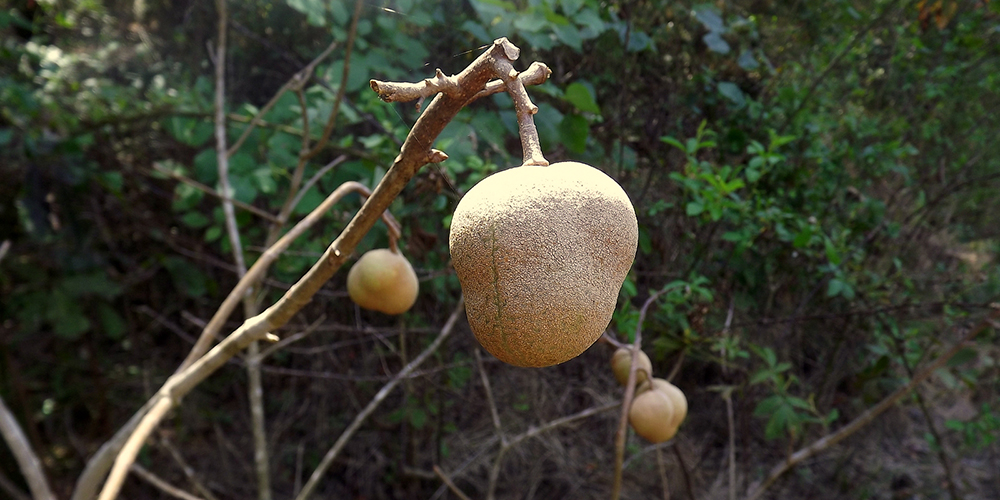 You may have noticed the tan colored pods varying from cherry to peach size. The pods hang from small trees that usually stand no more than five feet or so. These are red buckeye trees, they’re actually more of a shrub, and the pods contain the namesake nuts.
The buckeye got its name because the dark brown nut resembles a deer’s eye. They are probably best known as symbols of good luck. The nut was sometimes strung and worn as a necklace, but most folks put it in their pockets. Every September I gather a few just to carry on the tradition that my dad started years back for good luck during the coming deer season. You won’t find me in the woods without a buckeye in my hunting pack.
This good luck tradition had been cleaned up quite a bit by the time it was passed on to me. In generations past, the buckeye’s luck was originally aimed at the womenfolk. The shape of the buckeye is similar to… well…you can look at the picture. It was a symbol of virility, and any young man that had his heart set on a particular — or more likely any — young lady stuffed a buckeye in his pocket when courting or carousing.
The buckeye nut might be good luck for hunting and with the ladies, but eating it isn’t a good idea. If you do collect a few be sure not to eat them raw. They can cause some rather unpleasant stomach issues. The Native Americans used them to poison sections of a creek. High tannin content in the shiny nuts would drug the fish, which would then float to the surface for easy pickings.
Native Americans would also eat the buckeyes after proper processing. They roasted, peeled, mashed and then leached them to get the toxins out. I think I’d rather just eat a handful of acorns instead of going to all that trouble, but then I’ve never tried mashed buckeye. It might be well worth the effort.
In more modern times, the buckeye has been used to remove mildew stains from linens and the moonshiners used it to add color to their homemade concoction. That’s a pretty diverse resume for a humble looking seed hanging from an ordinary looking little tree.