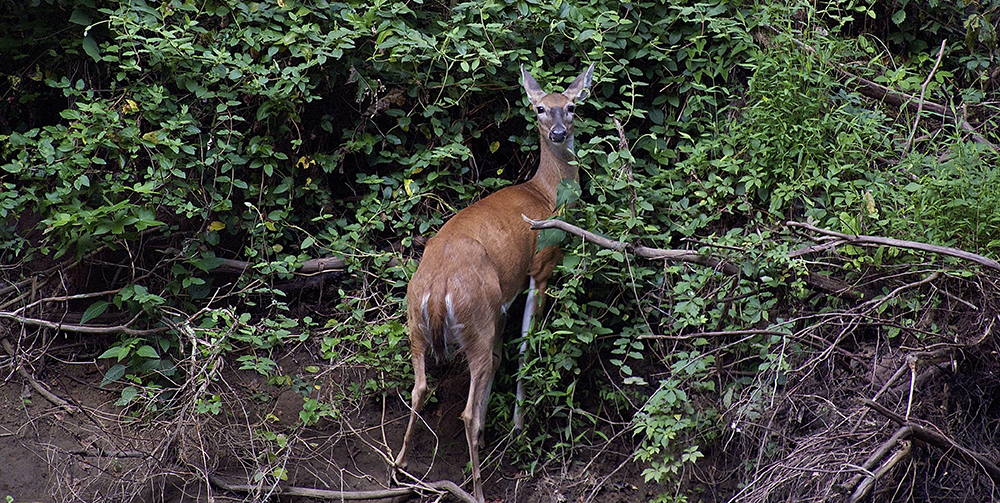 As an avid deer hunter and enthusiast of all things wild here in The Natural State, the recent findings of CWD (Chronic Wasting Disease) positive elk and deer near Ponca and now three other Arkansas counties including Pope concern me. I’ve Googled “CWD” more times than I care to count over the last few weeks. I’ve spoken with respected journalists who have covered the disease. And I have a fair grasp on current research and methods of slowing the spread of CWD.
Despite the enormity of the threat, a measured and thoughtful reaction from deer hunters and wildlife lovers is the appropriate response to CWD. Neither panic nor apathy will do us, or the cervids (deer and elk), any good.
While there is still much research to be done, we already know quite a bit about CWD. It’s a disease that is relatively rare in free-roaming herds. We also have a solid idea about how CWD is transmitted, and it’s the same vehicles by which most diseases are transmitted. CWD is transmitted from diseased animals to healthy through direct animal to animal contact and/or contamination of feed or water sources with saliva, urine, and/or feces. Evidence shows that infected carcasses may serve as a source of infection as well. CWD seems more likely to occur in areas where deer or elk are crowded or where they congregate at man-made feed and water stations. Artificial feeding of deer and elk will likely compound the problem.
CWD is caused by a prion. I’ll let the reader research what that means, but prions are different from other agents of disease. Prions can live in the soil for in indeterminable amount of time and CWD can find its way into healthy deer through vegetation sprouting around an area where a CWD-killed deer has decomposed.
I’ve read claims that total herd annihilation from CWD is near impossible, but the truth is that no one really knows if it’s possible. Researchers in Wyoming have documented how CWD has in fact wiped out over half of a region’s mule deer herd in just 12 years. The disease destroys deer both directly, through disease fatalities, and indirectly through weakening the deer which makes them more susceptible to other dangers. Can this herd annihilation translate over to state level? Probably not in our lifetimes, but looking into the future with CWD infected deer is hazy at best.
But what is most alarming about CWD is the potential for politicizing the disease and the measures used to control it. It’s already happened in Arkansas with one well-known writer claiming that CWD is most likely a “political disease created by those who might benefit from it.”
This is absurd.
What the writer meant by “political disease” is a thinly veiled attempt to create confusion about CWD and the measures used to control it. Often, regulations put in place to stop the spread of CWD ruffle the feathers of groups profiting from commodification of deer and deer products. It’s a simple case of following the money and quite clear that those looking to make CWD a political issue are those for whom it is a financial issue. It is in their economic interest to downplay the threat and attack measures that might control the disease if those measures threaten their economic livelihood. Arkansas has relatively few deer farms, but baiting deer on private land is widespread, and it’s likely that AGFC will be taking a hard look at the continuing legality of baiting deer at least in the counties affected by CWD. Feeding and baiting deer is big business in Arkansas.
The best course of action for all of us that value the whitetail deer and deer hunting is to support measures by Arkansas Game and Fish Commission in their efforts — even if they don’t mesh with our layman ideas — to contain and hopefully eliminate CWD in The Natural State.
The discussion about CWD should be built on available science, an overriding concern for the deer herds as a whole and what they mean to the people of Arkansas. Politics — whether   explicit or implied — should always be left out of it.