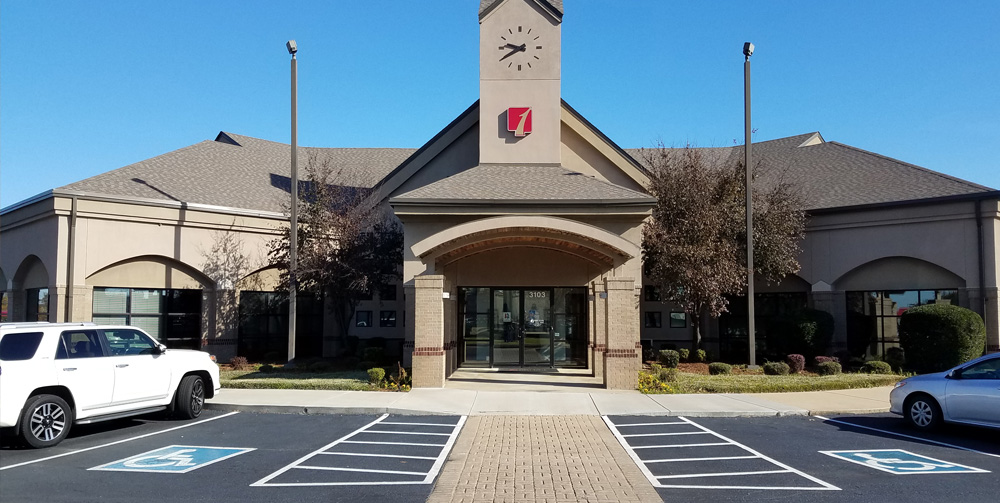 First State Bank has been providing community and commercial service to the River Valley since it opened its Plainview office in the early 1990s. Now, with four Russellville offices and an Ola office, father-son duo Charlie and Chip Blanchard, company chief executive officer and president respectively, say the company is going to remain small, local. “I think every community deserves a hometown bank just like you deserve a hometown place to eat or a hometown place to shop,” Chip said. “You’re not going to get transferred to a one-eight-hundred number that’s a customer service center. Our phone numbers are listed in the phone book. People have our senior officer’s cell phone numbers. We’re accessible.”
Charlie started out at a much larger bank in Texas. He and his wife relocated to Arkansas where he pursued a job in Conway as a banker, a profession that always had a sense of allure to him. “It was something I had always observed and admired,” Charlie said.
It was attractive primarily because of the role models he had; Charlie’s father-in-law also got into banking, but looked to include and service the community he was in. Historically, Chip added, that’s how banks have always been, and it was a practice Charlie wanted to emulate in his own business.
Chip also wanted to steer away from the larger-bank feel when he joined the team. As banks have grown, he said, “their focus can lean toward efficiencies versus communities,” and First State Bank has made it a point to remain privately owned and operated to ensure the focus stays on serving the community.
That attitude of servicing the community is what attracted partners like Toni Laws, Ragena Moore and Jennifer Samuels. Toni Laws got her start as a bank teller and, much like Charlie, worked her way into management positions until she employed her marketing degree to become a marketing director. When she decided to leave after her former bank’s assimilation, Charlie asked her to join his team. She is now executive vice president of FSB. Still employing her marking skills, she works to make citizens aware of the options FSB can offer to them. “We want the people in the community to understand that even though we are that local bank, we have all the same services they need for their conveniences.”
These are conveniences that Ragena Moore, chief operations officer, had a hand in fine tuning and building. Moore got into banking much like Laws did; she started out as a teller with a much bigger bank and eventually moved into management positions where she was responsible for as many as 30 branches at a time. “In bigger banks, everything is very segmented by business lines,” Moore began. “While you may talk to the customer, most everything is done behind the scenes and it’s centralized in remote locations. That’s the thing that’s unique about us. We’re able to outsource things, the processes, but we have someone who touches the customer in every aspect of banking.”
Moore said that those services are the same services bigger banks provide — mobile banking via an application, internet banking, payroll and bill pay for commercial businesses, and much more. “We have to be able to compete with those large businesses,” Moore said. “The thing that makes us unique and different is our ability to be customer focused because we’re small and we’re local.”
Jennifer Samuels, mortgage loan officer, also came from a bigger bank and prefers the smaller-bank feel to larger banks. “It’s more of a family,” Samuels said. “We’re all about this community. We want to grow with the community. We’re not interested in being a huge, huge bank.”