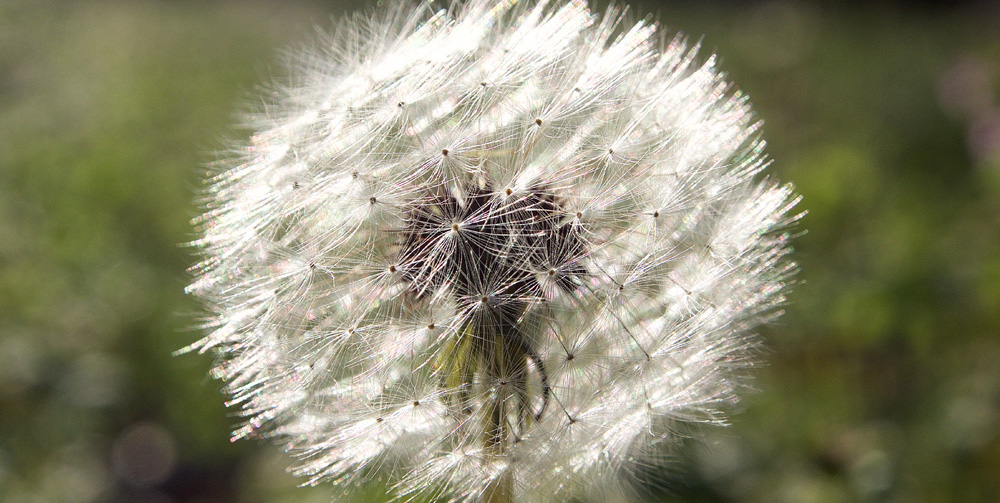 I’ve never had a manicured lawn. I like the hodgepodge of interesting flowers that pop up in my yard starting with the trout lily in late winter to the golden rod that ushers in autumn. Most of my favorites are native plants that have evolved alongside native Arkansas pollinators. But I’ve grown fond of one invasive in particular despite the fact that so many try to demonize their very existence. I love its velvety golden petals that feed my neighbor’s honeybees, and I love its downy puff balls that transport me back to a simpler time. What’s not to love about dandelions?
But dandelions are the coyotes of the designer-lawn world. They’re the preferred villain in herbicide commercials and lawn professionals rank them as public enemy #1. They’re assaulted on all sides by a campaign geared toward their extermination. But no matter what measures are employed, they just come back stronger. You’ve got to admire that kind of pluck in a plant.
As ultimate survivors, they don’t even need a partner to reproduce. One plant has both male and female equipment, and the process they use for seed dispersal is genius. No telling how many yards have been seeded by seven-year-old kids making wishes. It’s not just seed dispersal that’s impressive. When the seed germinates, it shoots down a taproot. The taproot can be up to ten inches long, twisted, and brittle as dry twig. Most attempts at root removal will result in a broken root and guess what? A broken root leads to more dandelions. Dandelions aren’t going away so instead of trying to fight them I say embrace them.
The hardy plant is found on every continent, transplanted to many locales to help feed honeybees, but what is really amazing about the dandelion is that it ranks as one of the most nutritious plants on Earth. Besides being low in saturated fat and very low in cholesterol, it’s also a good source of folate, magnesium, phosphorus and copper, dietary fiber, vitamin A, vitamin C, vitamin E, vitamin K, thiamin, riboflavin, vitamin B6, calcium, iron, potassium, and manganese. It’s a powerhouse of goodness, and it’s likely growing — for free — in your yard right now.
You can eat almost every part of the plant. The leaves are a vibrant green and have deep notches, which is where the dandelion got its name. “Dent-de-lion” are Old French words that mean “lions tooth.” The leaves can be eaten like any other greens either cooked or raw. The flowers can be battered and fried as fritters. The roots can be boiled like carrots or battered and fried.
One spring Saturday a few years back, I decided our family would try eating dandelions. My daughters were thrilled as I told them that weekend plans included squatting and digging in our front yard. But after more than a few complaints, they caught the spirit and seemed to enjoy it. We cleaned the dandelions along with some wild onions we found in the yard, and I instructed the girls to cut them up and separate the parts. One bowl was for the flowers, one for roots, and one for the greens. We then moved the greens and the onions to a skillet.
I sautéed the onions and greens in olive oil along with a little salt and garlic. When the greens went limp I pronounced them done. And you know what? They were pretty good. They were a little bitter for the girls, but I liked them. I suggest serving them as a side dish maybe with scrambled eggs. Combining them with spaghetti noodles and cheese sounds good too. I’m sure I’ll come up with some more combinations as well.
We boiled the dandelion roots with some carrots and I really couldn’t tell much difference in taste between the two. Raw flowers have a faintly sweet taste and a pleasant texture, but I still haven’t tried flower fritters. Maybe I can get the granddaughter to pick a few next weekend and then who knows? I might kiss the mower goodbye and convert my whole front yard into a dandelion garden.