Gardening through the decades 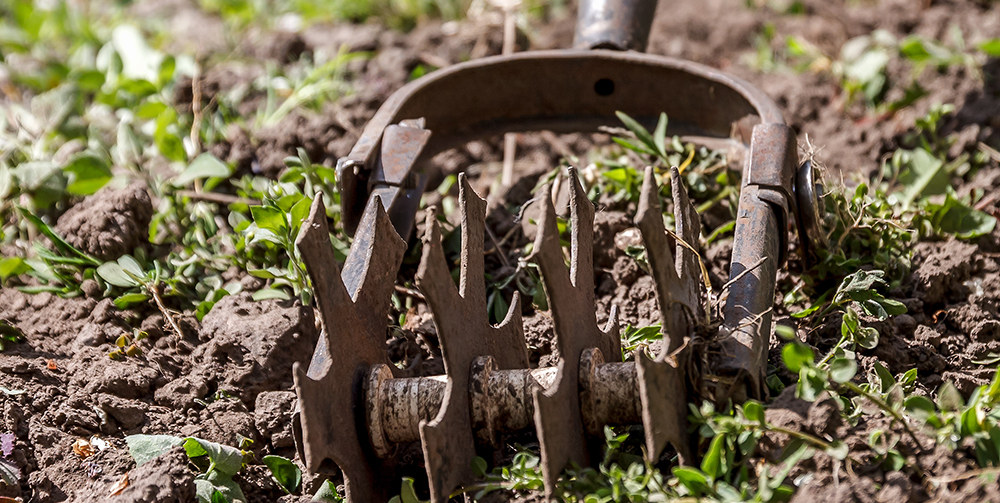 “How is the tomato plant doing?” I asked my dad, having given him a Roma tomato plant a few weeks prior.
“It looks great!” He replied. “No tomatoes yet but it’s full of flowers. Do I need to spray or dust the leaves to prevent bugs?”
I couldn’t object quickly enough.
Our exchange reminded me of the differences between my dad’s Baby Boomer generation and mine. Though he never grew a garden after his teenage cotton-picking days ended in the 1960s, he watched my mom and his own mother tend backyard gardens.
If you compare gardening practices now to those 50 years ago, you’ll see some striking differences.
Preventative Pesticides. Just a few decades ago, little thought was given to pesticide use and its effects not only on the plants, environment, and human health, but also on the population of beneficial insects. In my 2018 garden, I watch as those beneficial insects not only pollinate my crops but also keep the population of “bad bugs” in check. We know now that pesticides, even many organic formulas, repel and harm beneficial insects, which paradoxically exacerbates troublesome outbreaks. However, home gardeners in the 1970s didn’t have access to the knowledge we do today.
The Farmer’s Almanac. As a new gardener, I researched mostly on the Internet, but before the advent of Pinterest, Youtube, podcasts, and gardening websites, where did gardeners get their gardening information? Though you can still buy a copy of the Old Farmer’s Almanac in many places, this paperback resource has dropped in popularity in today’s digital age. But before the advent of the Internet, most every home gardener depended on this yearly publication for their gardens.
Planting by the Moon. As a little girl in the 1980s, my elderly neighbor — I called him “Pop” — grew the most gorgeous, prolific garden. My mom recalled Pop looking over his fence while she planted one day saying, “Those won’t grow well. It’s not the right phase of the moon to plant.” While many believe planting by the moon is the stuff of old wives’ tales, gardeners for centuries knew no other way. And those with decades of gardening experience still insist it works.
Commonplace Tilling. Every spring garden in the 1970s and 80s began with tilling the ground. But now you’ll find a popular movement gaining momentum — the “no-till” garden. Recent research has uncovered fascinating aspects of life in the soil and how tilling at worst may destroy it and at best sets it back. Though I no longer till my garden for these reasons, I have to wonder, have not only decades but thousands of years of agriculture have truly been wrong all this time? Is the “no-till” movement a revolutionary concept or a passing trend? Perhaps we’ll know more in another 50 years.
Container Gardens. In the 1970s and 80s you would have been hard-pressed to find any plant besides flowers growing in containers. But now, with the rise or urban dwelling and with busier lifestyles, Americans are surging toward the smaller and less time-consuming method of growing food in containers. Container growing has also become popular with the aging population who find joy in growing food but cannot physically sustain the exertion required for a large garden. Raised bed gardening, a hybrid of traditional and container gardening, has similarly risen in popularity.
Women Gardeners. In speaking with men in the Baby Boomer generation, men were more likely to garden in the middle of the twentieth century. As the economy improved after World War II (lessening the necessity of a home garden for survival) and as women entered the corporate workforce, fewer women took on the task of tending to a home garden. Perhaps that’s why their daughters (like me and other women in my generation) now depend more on the Internet for basic information that generations before us learned at home. It seems now, though, the trend has turned again, where women represent more than half of all gardeners.*
While the reason Americans grow gardens now compared to 50 years ago hasn’t shifted much — it’s still more of a hobby than a necessity — gardening itself has changed in significant ways. Ground-breaking research coming out of universities, along with the online availability of research and knowledge to the everyday gardener gives more of the population the opportunity to experience the joy of the home garden.
And with millennials representing five million out of six million new gardening households,** it will be worth watching how gardening continues to shift in the next few decades.
*https://www.mnn.com/your-home/organic-farming-gardening/stories/infographic-home-gardening-in-the-us
**http://www.gardencentermag.com/article/national-gardening-survey-2016/