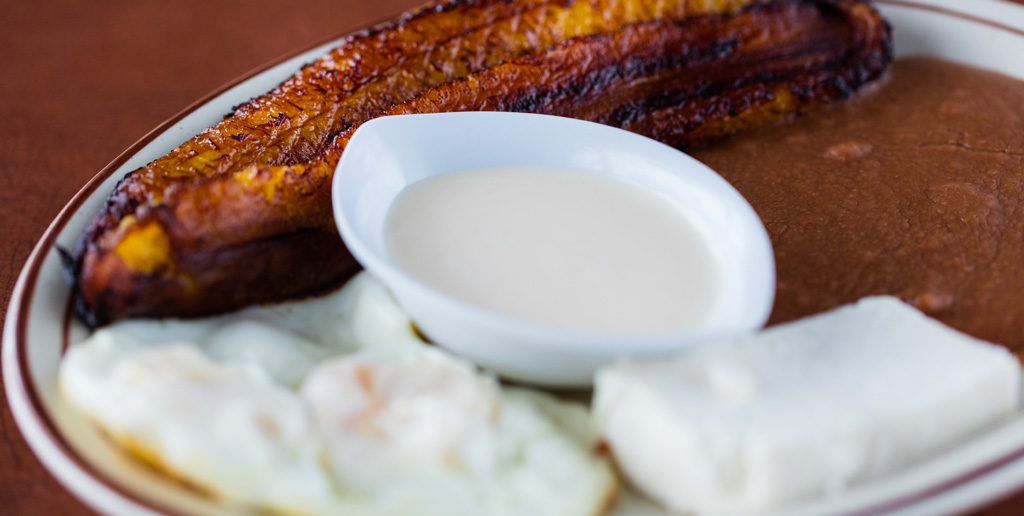 We often fall into a lazy lumping together, a broad labeling of meals with similar names, similar ingredients, or with origins stemming from a general region of the globe. This happens a lot within Hispanic/Latino cuisine.
While there is definitely some overlap with ingredients and spices from meals with histories tracing back to Central American countries, there are also differences. Some are subtle and some are tremendous. For example, lets take a look at Salvadoran food — and lucky us — we just happen to have a restaurant in Russellville that specializes in Salvadoran food.
At La Salvadorena, it’s all about authentic Salvadoran fare like the aptly named Salvadoran breakfast — two poached eggs, beans, hand-made tortillas, cheese, Salvadoran cream, and fried plantains. By the way, fried plantains are also known as ambrosia of the gods, and the combination of these flavors and textures can be found nowhere else in the River Valley, that we’re aware of anyway.
Another Salvadoran favorite are the pupusas — a thick flatbread topped with beans, pork, loroco, zucchini, jalapeños or shrimp (our favorite) and cheese.
But if you prefer the spicier bite of Mexican food, La Salvadorena can cover that as well with fajitas, tacos, burritos, and five different kinds of quesadillas.
Our advice is sample a little of both the Salvadoran and the Mexican. You can’t go wrong either way.