Up on Caterpillar Hill 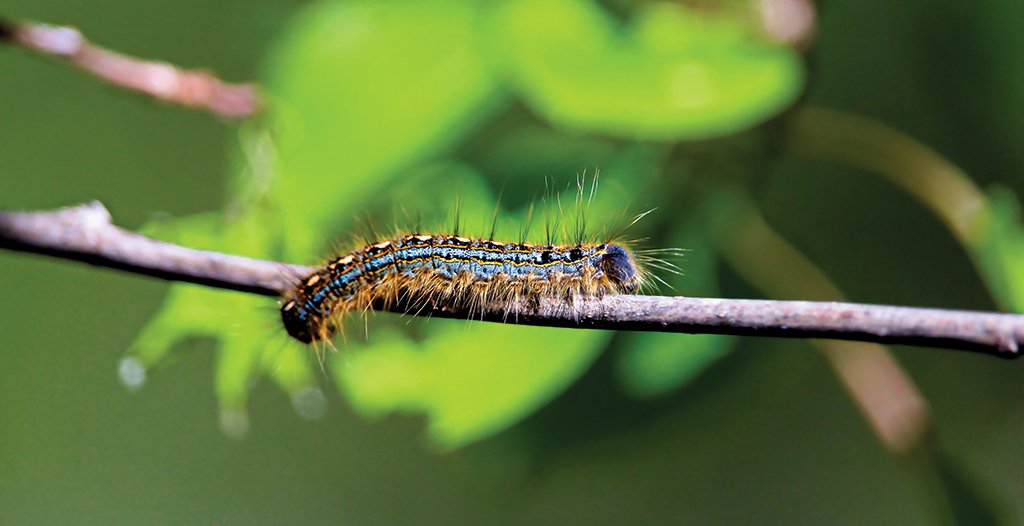 Several weeks before a Minnesota police officer kneeled on the neck of George Floyd for eight minutes and forty-six seconds, I walked up Caterpillar Hill with my 5-year-old son.

The Coronavirus outbreak had just begun and none of us had any idea what was just on the horizon. My son, J.T., walked up the hill, the sun sinking below the treetops, honeysuckle smell in the air, and it was easy to imagine it was any one of the springs of my childhood.

Hundreds of tent caterpillars ambled across the pavement, and my son tasked himself with collecting them, stuffing them into a wire bug catcher he’d gotten for his birthday.

“I’m going to name this one Timmy. And this one? I’ll name him Timmy Two. Timmy Three. Timmy Four.”

All the way up to Timmy Sixteen.

When I accidentally stepped on one, it’s tiny body popping under my shoe, he hung his head and almost cried. “I was about to name that one Timmy Seventeen.”

Coronavirus was looming somewhere on the east coast. It was getting bad, but we didn’t know that soon over 100,000 of us would be dead.

“Can you get the coronavirus from your parents?” J.T. asked me one morning. I’d fallen asleep on the couch, and he’d crawled across my body to put his head on my chest.

“Oh.” He looked crestfallen. “Can parents get it from their kids?”

Later, he sneezed in my vicinity and worried he’d just given me COVID-19.

Another morning, I found him packing a bag. I watched him load piles of books in one pocket, his favorite stuffed animal in another. Through one of the loops meant for a water bottle, he stuffed a foam sword. Through another, he hung an umbrella.

“I’m going on an adventure,” he announced. “Way up on Caterpillar Hill. Pack your bag, Daddy. Let’s go.”

It was perfect weather, so we walked around the block. It’d rained a few hours earlier, so we stopped at every puddle, creek and drainage ditch to look for wildlife. We found broken crawdad claws, a bit of scrap metal, some flowers and three white stones. He stuffed them into his backpack.

“Loot,” he said. “Treasure from our adventure.”

We ate honeysuckle. We explored a patch of trees and a wet, grassy field. We picked flowers to return to our fair lady. My wife. His mom.

“I have two girlfriends,” he said. “But I don’t know their names anymore. It’s been too long since I went to school.”

And in the glow of a fading May afternoon, it was easy to forget that somewhere in New York, they were filling reefer trailers meant for frozen goods with human bodies because they’d run out of room at the morgue.

And that’s the problem with small towns in the South, small little islands of rural thought and politics — it’s easy to forget. It’s easy to ignore and be ignored. It’s easy to think all life everywhere is as sweet as a five-year-old dipping the sticky-sweet end of a honeysuckle flower on his tongue for the first time and grinning.

In the end, I know I must. If I don’t teach him, someone will. And can I trust their words will come from a place of love? Or should I just walk with him up the hill, into the woods, where all the Caterpillars are named Timmy?

It was muggy in the way only Arkansas can be muggy — thick and hot and full of mosquitos. But he was right. It felt good to run. It felt like breaking weeks of mud and rust away from my joints, like forcing stale air out of my lungs.

But the hill was barren.

“Where did the caterpillars go?” he asked.

I looked at the sky. The sun was a blistering marble of white. In the trees, we found an empty husk of frayed silk. An empty cocoon.

I thought for a moment. “It’s proof things can change.”