It’s only a game 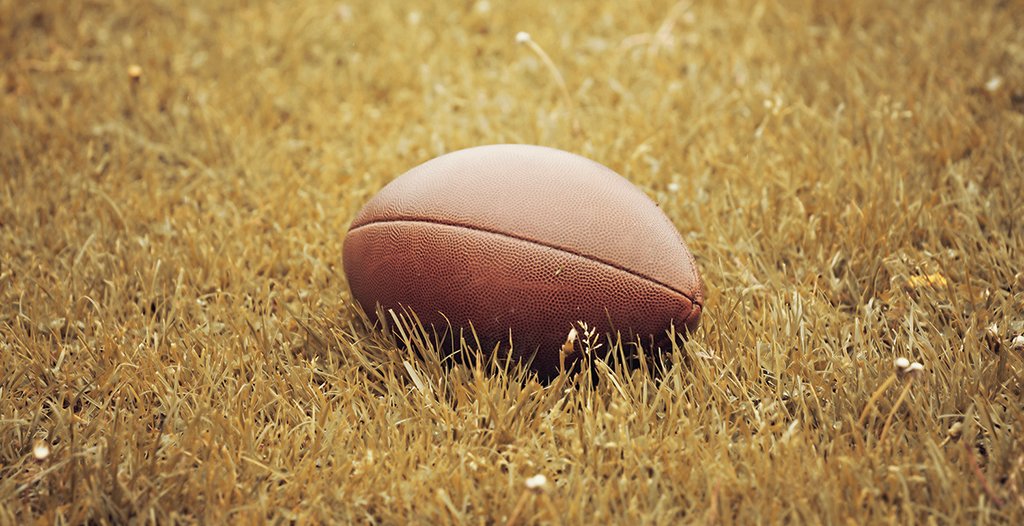 When Arkansas Governor Asa Hutchinson told the press we might not get football in the fall if people didn’t take masks seriously, I swear I saw twice as many cloth masks that day.

It’s enough to make you ask, “Why?” Why do Southerners care so much about football?

It’s a difficult topic to tackle. The game is so intertwined with Americana it’s almost impossible to pull apart the threads and see where one begins and the other ends. Below I’ve recounted some of my experiences with the sport. As you read, understand almost every Southerner has a story (or several stories) like this. And maybe that’s why when Hutchinson said wear the mask to prevent the spread of COVID-19 or else no football, some folks finally decided to listen.

We knew Super Bowl LIV was over when San Francisco quarterback Jimmy Garoppolo threw a pick-six in the waning minutes of the fourth quarter.

My wife, an avid Niners fan, held it together as members of our watch party dissipated, shuffling by to offer half-hearted condolences: There’s always next year, and They played a good game. Or, I’m sorry for your loss, as if she’d lost a parent.

When the room cleared, she stood and began packing away the laptop we’d used to broadcast the game. She wound the cords around her thumb and forearm; her shoulders slumped. When I approached, she put her head in the center of my chest and cried.

It was already raining when we arrived in Danville, home of the Little Johns, a blink-and-you’ll-miss-it town nestled at the base of Danville Mountain. My teammates were already joking we were going to “flush” the Little Johns, because John is slang for toilet and haha, 15-year-olds are so clever.

By the time the game started, the sky was bruised purple, and we were one lightning bolt away from calling the whole thing off. I remember wishing for a justifiable excuse to file back on the bus and head back down the mountain, to avoid playing a single down of this football game.

For some reason, we only ever ran one play, although our coach had installed the whole playbook. Twenty-four gap slam. We ran it on an infinite feedback loop, pantomiming a huddle, the quarterback jogging to the sideline to receive the play from the head coach, us wondering if we might try any number of the plays we’d practiced during the week. But every time, it was the same. Twenty-four gap slam. And break.

It goes like this: the right guard pulls down the line of scrimmage and blindsides the opposite linebacker, who, if everything goes according to plan, never sees the incoming trap. The running back uses the hole made by the pancaked linebacker to scurry upfield. If he’s a quick kid, he’s just got to beat the safeties and it’s end zone and fight song and cheerleaders.

I knew the play, but I could not execute the play. In the abject chaos following the snap of a football, I almost never found the linebacker. Turns out, linebackers seldom stood in place the way the kids on the scout team did. And believe it or not, they don’t hold tackling dummies and wait for you to hit them, either.

I was yanked off the field midway through the game, and I stood on the sideline blinking away rain and tears. My position coach grabbed my facemask and screamed into my face.

We had one play, and I couldn’t do it.

I looked up and watched the rain trace lasers through the stadium lights, felt the water fill the corners of my helmet and run down my face.

Coach blinked at me, as if he couldn’t believe what he was seeing. “Are you crying? What’s wrong with your eyes?”

My wife’s father, Jeff, was born and soon orphaned in San Francisco. He wasn’t a fan of any particular football team, but some of my wife’s fondest memories of him somehow revolve around the Super Bowl, which they watched, along with the NBA Finals, every year.

Jeff watched with the back door cracked open, one hand stuck outside with a cigarette burning. It didn’t matter who was playing. Sporting events gave him anxiety. And anxiety is likely what led to self-medicating, which led to alcoholism and drug abuse.

There were times he was so intoxicated he couldn’t function, and my wife, a little girl, was forced to be the adult. But during the Super Bowl, over a spread of her favorite foods, she got to be a kid with a regular dad for just a little while.

I’d heard all these stories before I met him. How he’d signed his rights away on kids he no longer saw and my wife had never met, how he’d gone to prison, been abusive, drank too much and done drugs. But I also heard his sure, calm voice crackling through the phone anytime my wife needed him. When I met him, he was quiet and gentle and sober and noodled a guitar on the back porch with a cigarette hanging from the corner of his mouth.

Somewhere along the way, he was able to put away addiction and exchange it for love. He’d done what so many addicts before him were never able to do. And though the wounds he caused my wife remained as scars, he became the most important and complicated male figure in her life.

She took a solo trip to San Francisco in 2011. She walked the streets he once walked. She called him on the phone. Do you remember this house? Tell me your favorite places? It’s almost like you’re here with me…

Almost two decades after I cried on the sideline of a junior varsity football game, I stood on another sideline not far away. The Dardanelle Sand Lizards were having a remarkable year — undefeated heading into the semifinals of the Class 4A state semifinals. As a sports journalist for an old-fashioned print newspaper, I’d been there for every high and every low…

But actually, there weren’t many lows at all. The Sand Lizards had beaten almost every opponent they’d played so badly the officials ran the clock without stopping after halftime.

It looked like another win for the formidable Sand Lizards, but near the end of the game, the opposing team got two tries to kick a field goal due to a penalty, got the second one and went up 17-16. Dardanelle fumbled on its next drive and ended their season in the squalor of a muddy 50-yard line, one game away from the championship.

I watched those boys hold each other, their faces slick with tears and mud. I took pictures of them, which we ran on the front page, their grief exposed. The boy who fumbled the ball hugged and apologized to each of his teammates. Dardanelle hadn’t lost because they weren’t good enough. They’d lost on a couple of mistakes. One of only a handful I’d seen them make all year. But that’s how it goes. Sometimes the only difference in winning and losing is a single, solitary mistake.

I found the coach alone in his office, one leg kicked up on his desk. If Dardanelle was going to have a state championship season, this had been the year for it. Now it was over. He shook his head and said, “Well, that was it.”

A year later, he took a job coaching a hundred miles away from Dardanelle.

We were getting ready to go out when the phone call came. The last thing I remember before that moment is my wife wrestling our toddler into his jacket and telling him, “Let’s go have a good day.”

Instead, we drove to a church, and she sat in the nave and argued with God.

Jeff was gone. He’d been fading for a long time. We knew this was coming. But knowing didn’t stop it from feeling like someone yanked a tablecloth from under something beautiful.

Her brother held him as he passed.

A year later, the San Francisco 49ers lost the Super Bowl, and my wife cried into my shirt.

“It’s just a game,” someone told me afterward, as I helped them carry a casserole dish out to their car. “There’s always next year. She must be an avid fan.”

“She must be,” I said, knowing there was no way to explain it.

I wanted to tell my wife that football will break your heart, and it’ll never be about football itself. It’ll always be about something greater, something unexplainable, like the moments you were closest to your father, like a real family in a living room cheering for America’s favorite game, when you had a small taste of normalcy in a childhood that was anything but normal. It’s like watching the team from his hometown come so close but come up so short and having zero words to explain it’s not about the game. Not really. It’s like knowing you are no good at football but still crying when you can’t play, or staying up all night because you saw the ugly shame of high school boys who truly believed they would win it all but had it crumble in front of their eyes at the last moment.

And yet not quite.