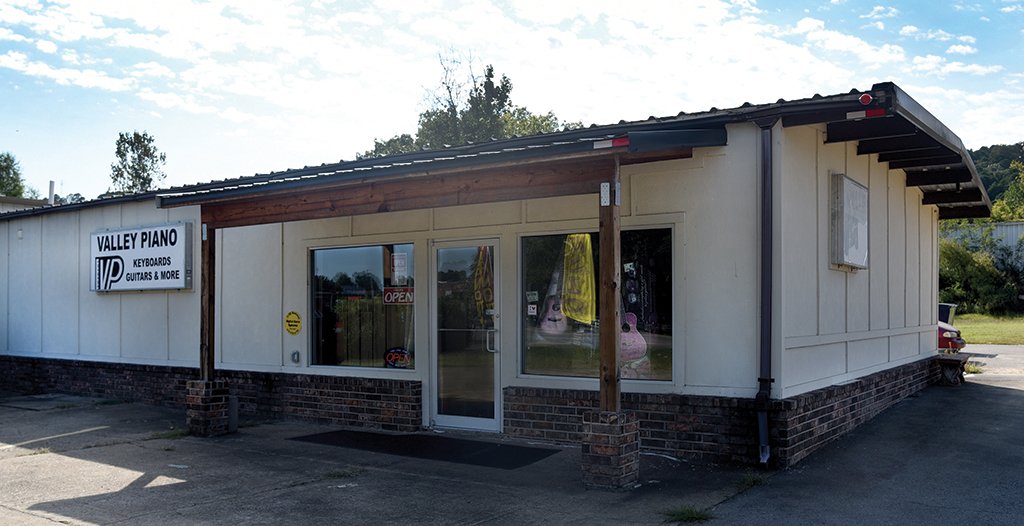 From a small space at Valley Furniture and Appliances on the corner of East Main and Knoxville, to his own store, Al Chenowith has kept the music playing for the River Valley since 1972

Al began working at Valley Furniture and Appliances as a means of settling down from his career as a musician to a slower paced family life. “He played The Stomp with The Galaxies at the Legion Hut,” says Al’s son Brian, who now works with his father, “and they’d travel regionally and play. He got married and had me, and started transitioning to adulthood. When he got a job at Valley Furniture, he talked the owner into letting him sell instruments.”

In 1974 Al bought Valley Furniture, quit selling anything that wasn’t music related, and changed the name to Valley Piano. In 1990, he moved across the street and up a block, where Valley Piano stayed until early this year, when it moved to its current location at 3515 West Main Street in Russellville.

Meanwhile, Brian graduated from Arkansas Tech University with a degree in graphic design and moved to Nashville. “I just wanted to figure it out. I liked songwriting and wanted to get in the business of it. After a year or two, I figured out it was more therapeutic than it was a career, so I took a job in graphic design for TNN, the Nashville Network.”

Brian says he found myself coming home more and more on the weekends and he finally moved back in 2002. “Dad had talked about closing and I said, ‘Don’t. I’ll run it.’” Brian had worked in the business since he was 12 and says he hated it back then. “Now I love it.”

Brian and Al run the business together with Al often found in the back working with the instruments and Brian at the counter.

Valley Piano focuses on stringed and percussion instruments, from pianos (both acoustic to modern digital), guitars, banjos, violins, mandolins, ukuleles, drums, and also harmonicas. They offer both new and preowned pianos, moving, delivery and service. “Instruments are a tool and have to be serviced. It keeps the instrument in good working order,” according to Brian. Along with instruments, they sell home recording and sound equipment and sheet music.

While Valley Piano offers online ordering, Brian said he sees the website as more window shopping. “I remember the record stores. I have a lot of people that come in just to visit. I have people say they feel bad if they are not buying anything. I tell them they shouldn’t. They will buy something someday, and they’ll tell somebody else about their experience. They’ll send us people.” Brian is currently working on increasing displays and selection at the new location.

For holiday shopping Brian suggests a gift card that can be purchased online if one doesn’t know what musical gift to purchase. “It’s never too late to learn to play an instrument,” Brian says. “After college or retirement, things settle down and people look to get back into it. I like playing, but I like playing for myself. On the worst day, I’ve sat down with my instrument and all my problems are gone. Enjoyment is never about how good you play, just that you enjoy playing. It takes time to learn to play, but it’s worth it.”

← Prev. Peace in the waters Next: Garden of gratitude →