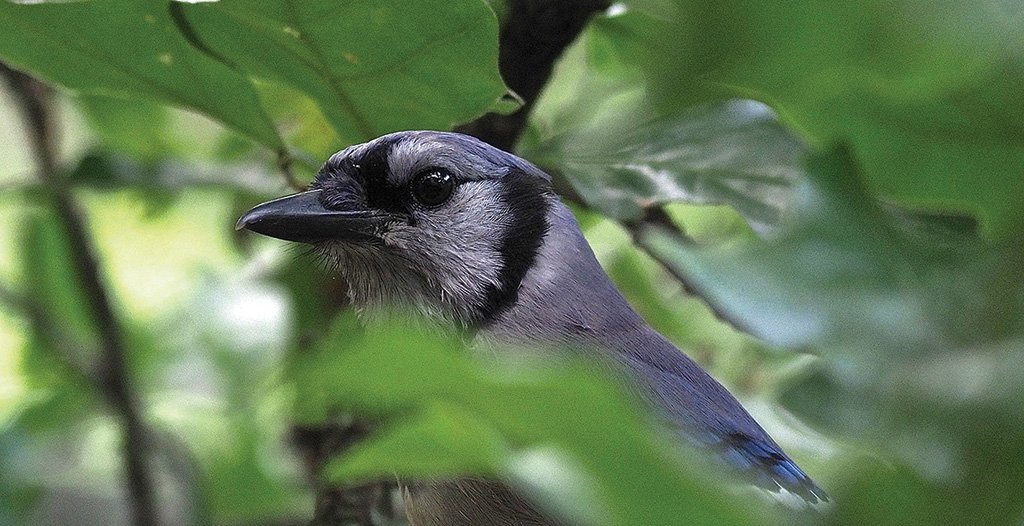 The blue jay’s soft, bell-like call sounded like it was saying “look, look.”

As my eyes scanned the tangle of honeysuckle, other communications — a faint, familiar scent carried on the breeze and quick footfalls on dew-softened leaves — told me to be patient and keep watching. Something was coming. And based on this thread of information, I knew it wasn’t a deer; it wasn’t a squirrel. It was likely something canine.

Moments later, blinks of motion through the dense understory quickly condensed into the form of a handsome gray fox (all gray foxes are supremely handsome) weaving through the vines. The fox passed by less than 15 steps from my camouflaged form.

Back when we were hunter/gatherers, this primal premonition would have been just another moment in just another day. Centuries later, it would have been chalked up to mystical practices and communion with gods of the forest. Today, some might call it new-age or Zen. But really, it happened because I was paying attention. I was simply aware.

Woodcraft, knowing the ways of wild things and wild places, is nothing more than paying attention and those compounded experiences building a storehouse of knowledge. But you’ve got to go slow, put the phone down, empty your head of any agenda for the day, and use your evolved animal senses to their full powers to build that storehouse.

In case you’ve forgotten or didn’t know, you are, after all, an animal. Everything you need to experience nuanced natural wonder is already in your DNA.

This should be an easy one, but it’s often the hardest. Just like the tired old cliche says, we can’t see the forest for the trees.

Breathtaking vistas are super cool, but there’s so much more than landscapes to look at. Our eyes were designed by evolutionary forces to catch stuff that’s slightly out of place.

Look “big” and look “small” at the same time. Don’t dismiss or overlook anything from cloud formations to that one blade of grass that seems to be moving in the overall stillness.

Horizontal lines in a vertical forest, splashes of color, tiny movements, all of these and more should grab your vision. And they will if you take the time to look.

My first encounters with wild animals are almost always audible. It can be the soft daylight clucks of a hidden whip-poor-will, the tiny chatter of hummingbirds battling over a trumpet vine blossom, or an elk’s brassy bugle echoing through the Ozark hills.

I love listening to the background noise of seasons. Winter woodlands are mostly mute with a building crescendo of birds (especially mornings) into spring. Then the insects take over in summer with katydids and cicadas buzzing and singing at near-deafening levels. It all subsides into the chirp of crickets as cool autumn breezes dislodge the leaves and then back to silence as the first frosts nip the forest.

Again, the key is to slow down and get rid of filters. Hear everything.

The sense of touch is often overlooked as a part of outdoor experiences. The gentle, damp push of southerly breezes against your skin usually means warmer weather is on the way. Sharp, north winds mean clear skies and cooler, drier air will be moving in. And sometimes, in the dead of winter, the message seems conflicted and snow is a possibility.

Touching living things could be hazardous for your health — or their’s — depending on what you’re touching. But thoughtful, tactile connections to tree bark, leaves, and even some accommodating creepy crawlies can be enlightening.

I won’t go into a list of wild edibles here, there’s just too much to cover, but my life would be emptier without the seasonal tang of wild blackberries or sometimes puckering astringency of persimmons. The taste of a cracked white oak acorn isn’t bad on a crisp October morning despite the bite of tannic acid. Pawpaws are ambrosia of the gods, and I haven’t tasted nearly enough of them.

Purchase a top-notch field guide to point you in the right directions for enjoying the raw flavors of native fruits and nuts. You’re not really experiencing the wild unless you’re tasting it now and then.

Our sense of smell is the most underutilized. A bobcat’s scent-marking smells unmistakably like cat. The sweet cervid scent of deer both with musk (in rut) and without has alerted me to the presence of many whitetails before I saw them. The vibrant green odors of a creek rich with fishy life always brings a grin. My nose has led to a hatful of muscadines more times than I can count. And in New Mexico a few summers back, I was treated to an odiferous orchestra of ponderosa pine (it smells like vanilla), wild mints, and Apache plume that defined the region for me even more than the bighorn sheep, the prehistoric petroglyphs, or the Rio Grande River.

Even different weather patterns have their own distinct smell.

Breathe deeply and sort through the smells one by one. Take note of the conditions and surroundings. You may not be able to identify every scent on its own, but with context and more experience, you can solve most of them.

There’s no mystery to honing woodcraft skills. In fact, the best way to do it is to not try so hard. Let your senses do their thing uninhibited and unfiltered by the clutter and cacophony of modern life. Go back to an old state of mind, a “child-like” sense of wonder about the breeze in your hair or the sweet scent of honeysuckle, when all that mattered was what you saw, heard, smelled, and touched at this very moment. 