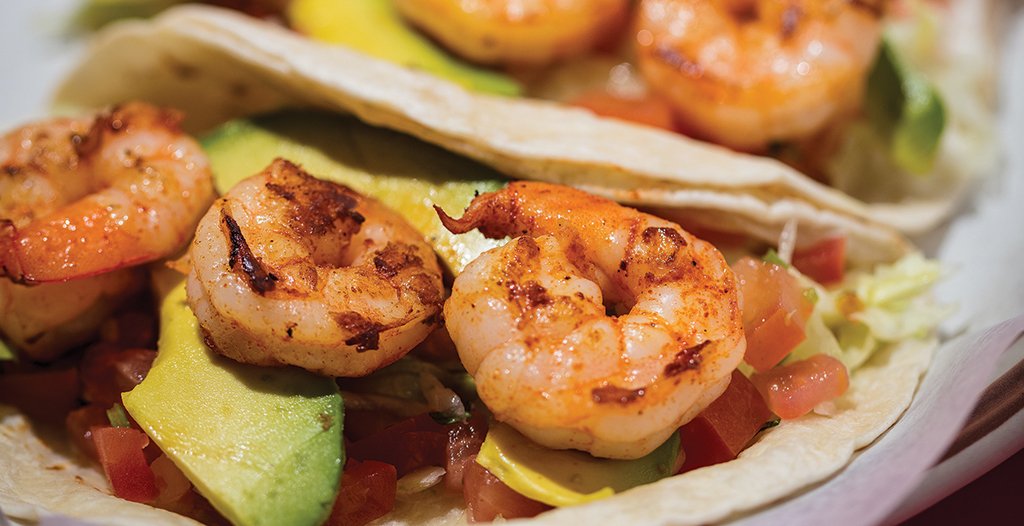 That the River Valley is blessed with SO MANY Hispanic restaurants and food trucks serving up delectable food is both boon and bane to area food fanatics.

Boon: When it comes to good food, there is no such thing as too much.

Bane: How in the world will we ever sample it all? And, make no mistake, we want to eat all of the Hispanic food.

Really, there is no bane. A seemingly endless array of zesty and scrumptious Hispanic dishes, so many choices that we could eat a new menu item each week for the foreseeable future, could never be considered a bad thing.

Maybe the best things to come out of this abundancia of options are the seafood choices. And tops among those is the shrimp taco. I mean, it’s shrimp in a taco — a combo of two of the tastiest foods the world has ever known. As a lifelong fan of both shrimp and tacos, I’ve never ate a shrimp taco that I did not enjoy. But there’s something especially scrumptious about the shrimp tacos at La Casa del Sol in Dardanelle.

Actually, and I don’t say this lightly, they’re the best to be found in the River Valley.

I’m not sure about what it is that sets La Casa del Sol’s shrimp tacos apart. It could be a secret and special ingredient or step in their preparation of the grilled shrimp. It might be the fresh-chopped pico and fat slice of avocado. Most likely it’s the care given to all of the ingredients in this light and simple meal that is so lip-smacking delicious it makes me not want to try anything else.

That’s my loss, though, it certainly doesn’t have to be. But it’s definitely our collective gain.