The mountains are calling 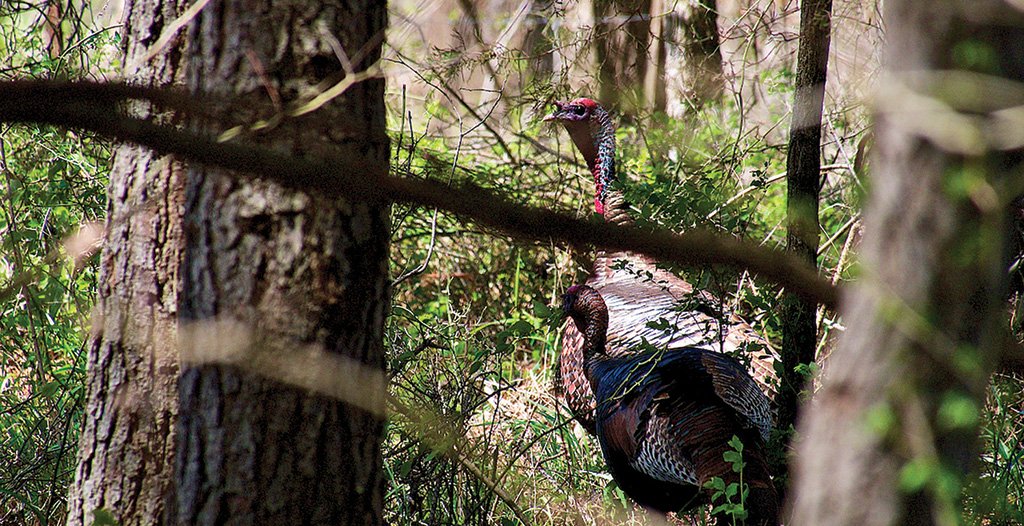 I always have to convince myself that the first gobbler I hear in the spring was really a gobbler. It wasn’t a woodpecker hammering on a hickory, or a distant barking dog. It was a turkey. The mystique — much bigger than the turkey — engulfs the real-world science going on in the woods, and the mystique is in the gobble. It’s magic. That thundering warble doesn’t seem real. And it can’t come from the throat of a bird, can it?

But it does. It’s just a bird performing an ancient ritual triggered by a daily increase of sunlight in order to pass on his genes. Yet, somehow, it is something so much more.

Calling to the gobbler is a way for me to try my hand, or mouth, at some magic. Can I really sound like a turkey by scraping a couple pieces of chalked wood together? Or manipulating latex rubber stretched across a horseshoe shaped frame with my tongue? Or scratching a piece of slate with a maple stick?

I can. And the mystique engulfs the science going on here as well. I’m speaking in a language of which I have only the faintest of understanding. It is most definitely magic.

Physics can explain the sounds; friction and vibration are the reasons for the sound waves. The gobbler’s response to my calls is just organic chemistry. Something about the rhythm and frequency of various clucks, yelps and cackles works like a key and unlocks what sometimes seems an involuntary reaction from the gobbler. It’s like he can’t control himself. The gland ducts open wide. The testosterone flows, the crimson caruncles shake and that throaty “gobble-obble-obble-obble” booms out. Avian lust and male aggression all wrapped up in a sound triggered by reactions on a molecular level.

Gobblers will gobble at many things you think they wouldn’t. Owls, crows and pileated woodpeckers top the list here in Arkansas. But I’ve also heard them gobble at coyotes, blue jays, hawks, blue herons, barking dogs, slamming truck doors, train horns, bellowing cows, squealing pigs and braying donkeys. Think about that the next time a smug grin creases your face after you get a turkey to answer. Yesterday, that turkey may have gobbled his head off at the logging trucks.

You would think that a gobbler’s cosmopolitan attitude about gobble-worthy sounds would dilute the magic. I suppose this is what happened to the barnyard gobbler. His incessant babbling at everything eventually turned into an annoyance, and that is what probably led to the negative connotations associated with labeling someone or something a “turkey.” But the wild birds are something different.

Maybe it’s the way those gobbles echo off the hollows. It might be the filtering effects of a hardwood forest on a dewy spring morning. Whatever the reasons, I have my own involuntary reaction when I hear a gobble. I must go to it. And there is no hollow too deep nor hill too steep. It’s a pull that is as inexplicable to me as the gobble is inexplicable to the gobbler. There is surely some chemical reaction going on in the folds of my gray matter. But there is also something much, much more.

I think that it’s because I want a piece of that wild magic. It’s not about possession, and though there is nothing better on the plate than wild turkey, it’s not about sustenance either. It’s something so complex yet so simple that I can’t find words for it. So I’ll lean on the words of wilderness savior and master writer, John Muir, for reasoning behind my spring treks through the hills with shotgun in hand. It’s really very simple:

“The mountains are calling, and I must go.”