Behind door number one 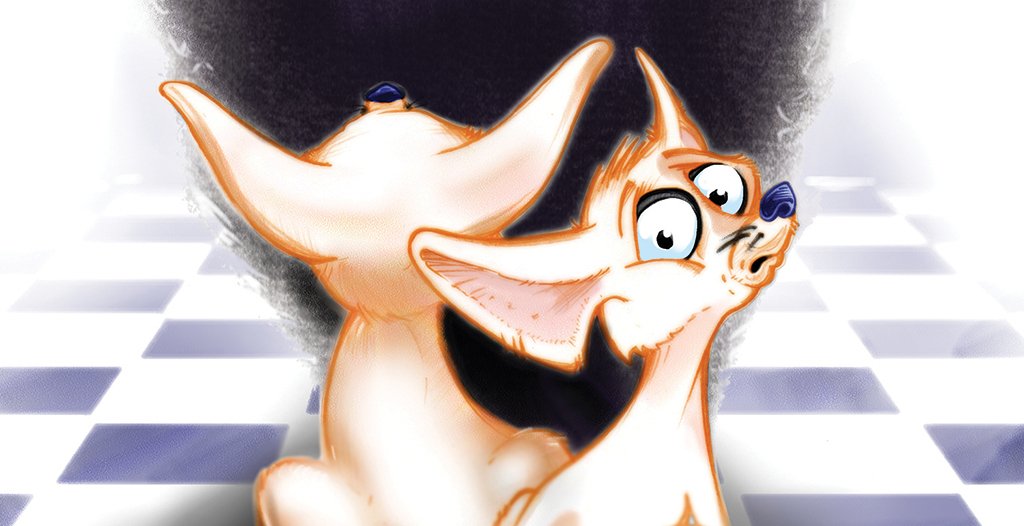 As summer winds down and a new school year looms right around the corner, my son Raff and I embark on what I like to call our “last hoorah.” It’s a tradition that began when he was about to start Kindergarten. Before he attended elementary school, it was as if one season faded slowly into another. But now, nothing seems quite as finite as summer.

This year Raff is starting seventh grade, and it just seems surreal. So we decided to take a trip to Florida to wrap up the end of his summer break and to allow me to bask in a bit more of his youth before the dreaded teenage years begin.

Since we have two chihuahuas, Cheeto and Cha-Cha, traveling for several days over a large distance can present quite a situation, as they get horribly car sick and most hotels do not allow pets. I usually ask friends or neighbors to care for them while I’m traveling, but this year everyone had the same idea that we did about when to take a vacation.

So I decided to board my pups at a pet boarding facility that I had used the year before. When I called to book the girls’ stay, they reminded me that I needed to get them another kennel cough vaccine, as the one they had for their previous stay had been over a year ago. I gave our vet a ring and set up an appointment for their vaccinations.

The morning of their appointments, I led my dogs towards the front door of the vet’s office. When I reached the door, a vet tech opened it half way and popped her head out.

“Hi… Um… we have quite an unusual patient in the office this morning. It may cause some extra stress for Cheeto and Cha-Cha, so I’m going to ask that you bring them to our back entrance. I’ll meet you around back and let you in,” she said. I told her it was no problem and led the girls towards the back of the building.

Once inside, the vet tech directed us to a small room and said she would return shortly with their shots. I thanked her and reassuringly stroked my dogs’ backs while we waited.

A few minutes went by, and my curiosity got the best of me. I opened the exam room door and slowly peeked out. I could only see a sliver of one side of the waiting room, but I could hear what was going on pretty well. I strained my ears to get a better listen.

I heard a man saying that whatever this mystery animal was, had appeared in his yard that morning.

“And because we have a pool in our backyard, we have a six-foot high privacy fence,” the man said. “I don’t think these things can fly, so I have no idea how it got over the fence.”

My curiosity was really peaking at this point. Fly?

“I just heard my dogs going crazy in the backyard after I let them out this morning, and I went to see what all the commotion was about. I walked outside and this thing was eating the birdseed out of all of my wife’s bird feeders.”

“It started to walk towards me, and I actually was a little scared at first because this thing is taller than I am! But then I realized it wasn’t coming after me, it wanted the piece of toast I had forgotten I’d made. I just held it out and it ate the toast right out of my hand!”

Taller than a grown man?

Just then I felt something furry brush passed my leg which made me jump back with fright so that the small opening in the door was exposed. Cheeto and Cha-Cha bolted and made a beeline for the front of the vet’s office.

I ran after them, desperately trying to catch a hold of their leashes, but they were too quick for me. Before I knew it, the girls and I came to a complete halt and stared up into a serious looking, prehistoric face with black, beady eyes.

The nearly seven-foot tall ostrich ruffled its feathers slightly at the sight of us, but seemed otherwise unperturbed. My small dogs let out a muffled, whimpering whine and immediately turned around and ran back to the room. It was as if they weren’t sure what kind of creature they had just seen but knew they didn’t want to be near it.

“I’m sorry,” I explained, “my curiosity got the best of me and I opened the door slightly and my dogs ran out.”

“Well ol’ Big Bird didn’t seem to be bothered,” the man said, as he patted the feathered beast on the back. I noticed that the man held onto one end of a leash, the other end loosely tethered around the ostrich’s neck. “This thing showed up in my backyard this morning,” he said, gesturing towards the large bird.

“I haven’t the faintest idea how he got over my fence, but there he stood, just emptying out my bird feeders like he owned the place,” he chuckled. “But he’s so calm and docile, and all of my kids took turns letting him eat birdseed out of their hands, I’m just sure he has to be someone’s pet. I couldn’t get a hold of anyone at the animal shelter so I just decided to bring him down here to Doc, and maybe he might know who Big Bird might belong to.”

I took a few more long looks at the majestic creature, and even stroked the silky feathers on its back when I heard the vet tech call my name.

“We are all done with the shots. The girls didn’t seem bothered by it and they are waiting for you in the exam room,” she said. I thanked her and headed back to collect my dogs.

When I got in my car, I saw I had a missed call and a voicemail from a friend saying she would be able to look after Cheeto and Cha-Cha after all. I called her back.

“Hey! I’m sorry I missed your call, you will never believe what I just saw at the vet’s office…” 