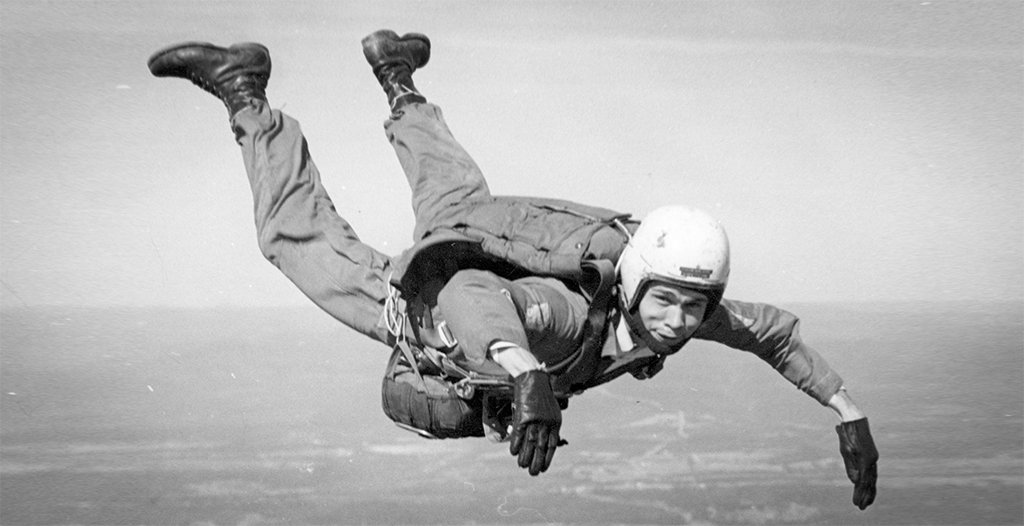 In what history tells us was a brilliant sky with temperatures in the mid-70s, three airplanes carrying nine members of the Arkansas Tech Parachute Club circled over their target.

It was Oct. 3, 1963, and thousands of Arkansans gathered in Heber Springs to hear President John F. Kennedy speak at the dedication of Greers Ferry Dam.

That newly formed lake was the target.

Billy Kiehl of Russellville was one of the jumpers who splashed down in Greers Ferry Lake on the momentous occasion. An active jumper with the club from 1962 until 1967, it was Kiehl’s efforts as a photographer that helped the club attract national attention.

The origin of the club, however, predated Kiehl slightly.

On April 9, 1960, Harmon and fellow cadets Kirk Smith and Pete Collins flipped coins. Harmon’s “heads” won him the right to the first jump.

After that first jump from the trio of cadets, the club quickly grew.

“Major Keifer was the catalyst for all this,” Harmon said. “Imagine the risk he took, having a bunch of students jumping out of an airplane at Arkansas Tech.”

The club’s reputation spread, as well, courtesy of Kiehl.

“Prior to Billy Kiehl, any publicity the club received was an accident,” Harmon said.

After that first year at Tech, Kiehl left school to work at a commercial photo studio in Little Rock.

“I returned the next year and became fascinated with it. I began jumping, and I began taking pictures.”

Photographs he shot of the club’s jumps, with many photos taken while in the air himself, were published in magazines and newspapers across the country. One reason for the attention, he noted, was that Tech’s club was one of the first sports parachuting clubs at the collegiate level. And on the photography side, “very few people, except maybe in California and New York, were really doing any aerial-type photos.” 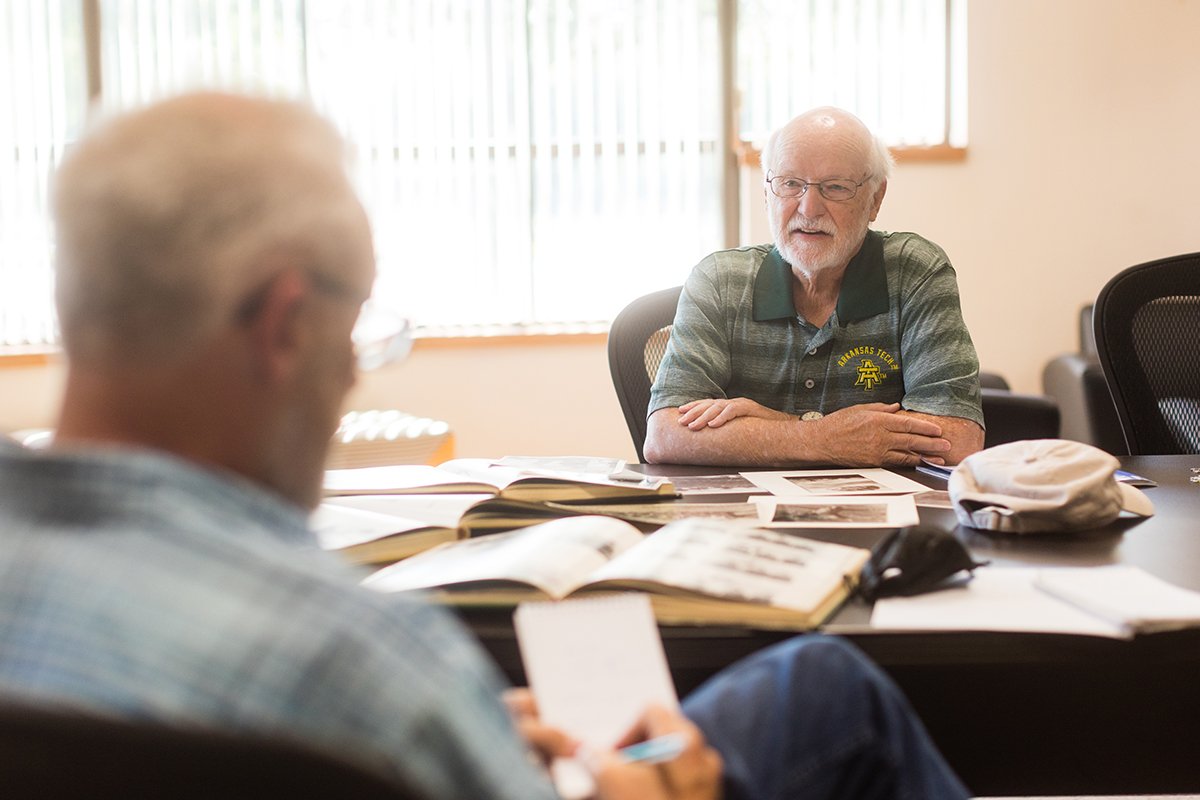 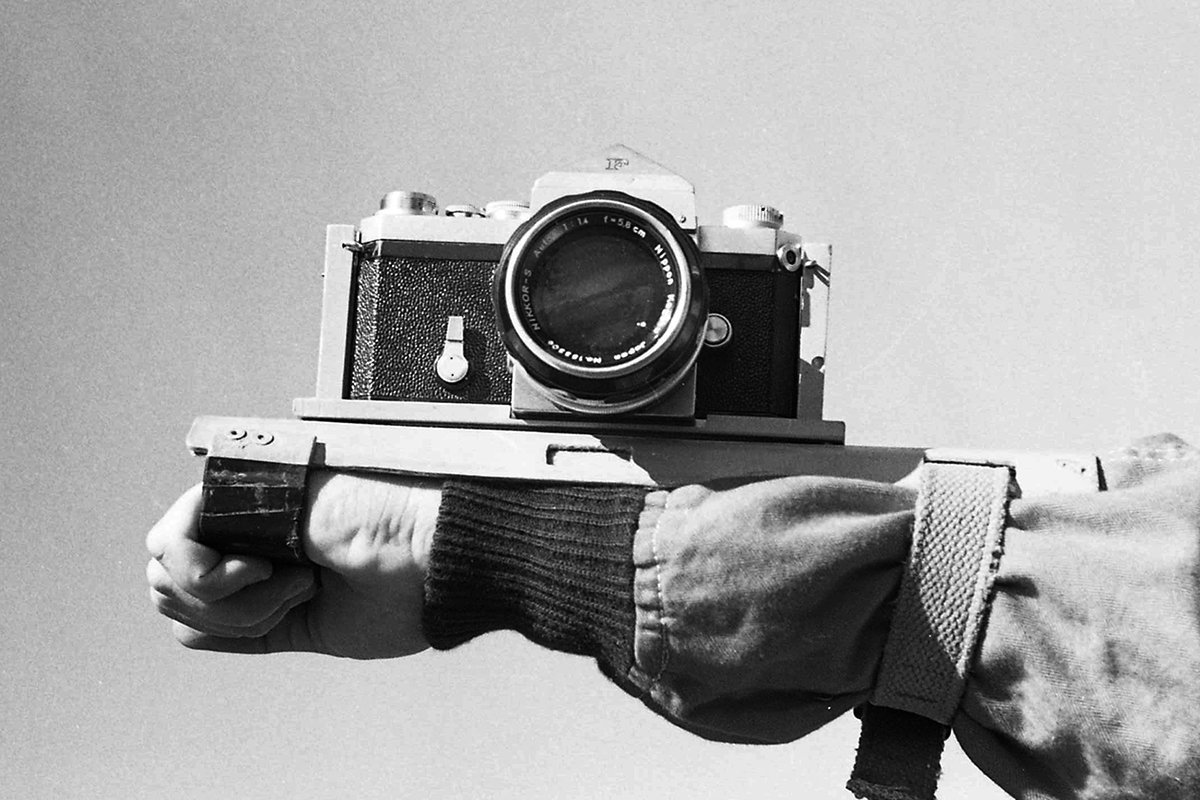 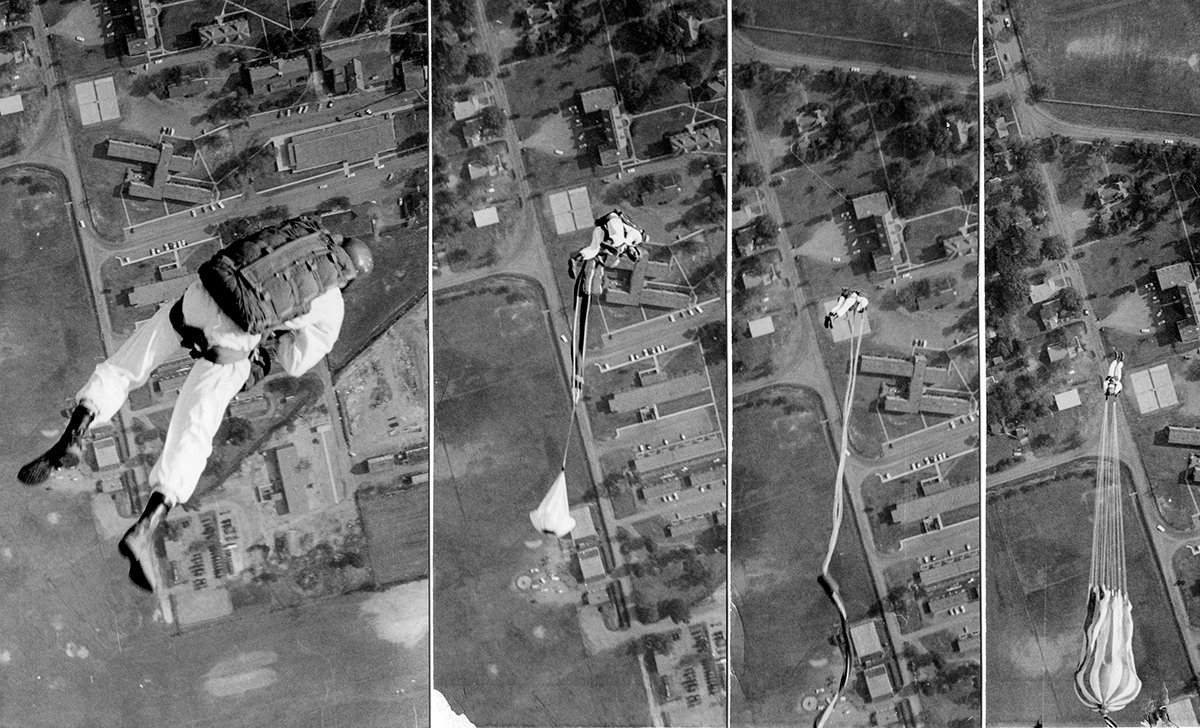 For Kiehl, those early attempts at mid-air photography were largely trial and error.

He initially shot many photos from inside the plane looking down at his fellow parachutists. After an estimated 30 jumps of his own, Kiehl was able to free fall. Shooting photos, at speeds of 120 miles an hour, took time to master.

“The first pictures were nothing but blurs,” he said.
“I tried some different mounts and they just didn’t work. I came up with a grip that I put on my arm so I could actually look through the camera and shoot pictures while I was in free fall. It just took lots of practice.”

During this time, there were about 25-30 active members of the club. The members were a close-knit group, and Kiehl said he continues to stay in touch with “about a half dozen members.”

Recalling those early days, Kiehl said “we were probably the closest thing to a fraternity or sorority on campus … because we did almost everything together.”

The group’s primary activity was jumping at the airfield on campus, located where Tucker Coliseum now sits, Kiehl said.

Although the club was gaining attention beyond the Tech campus, the majority of students paid little attention, he said.

“The club was just another something else going on,” he said. Plus, many students went home on the weekends, and most jumps were made on Saturdays and Sundays, Kiehl added.

Tech would also host competitive meets, where jumpers would attempt to land on a target. These events attracted parachutists from all parts of the country. One meet, in particular, stands out, Kiehl said.

It was one of the first competions hosted on campus, and there were several jumpers from the U.S. Army Parachute Team, known as the Golden Knights.

The competitors, including Tech’s members, some with only 25 completed jumps, were trying to land on a paper plate. And it was “a small paper plate” at that, Kiehl said.

“And here you had these guys (Golden Knights) with fancier chutes and thousands of jumps … but it was fun.” 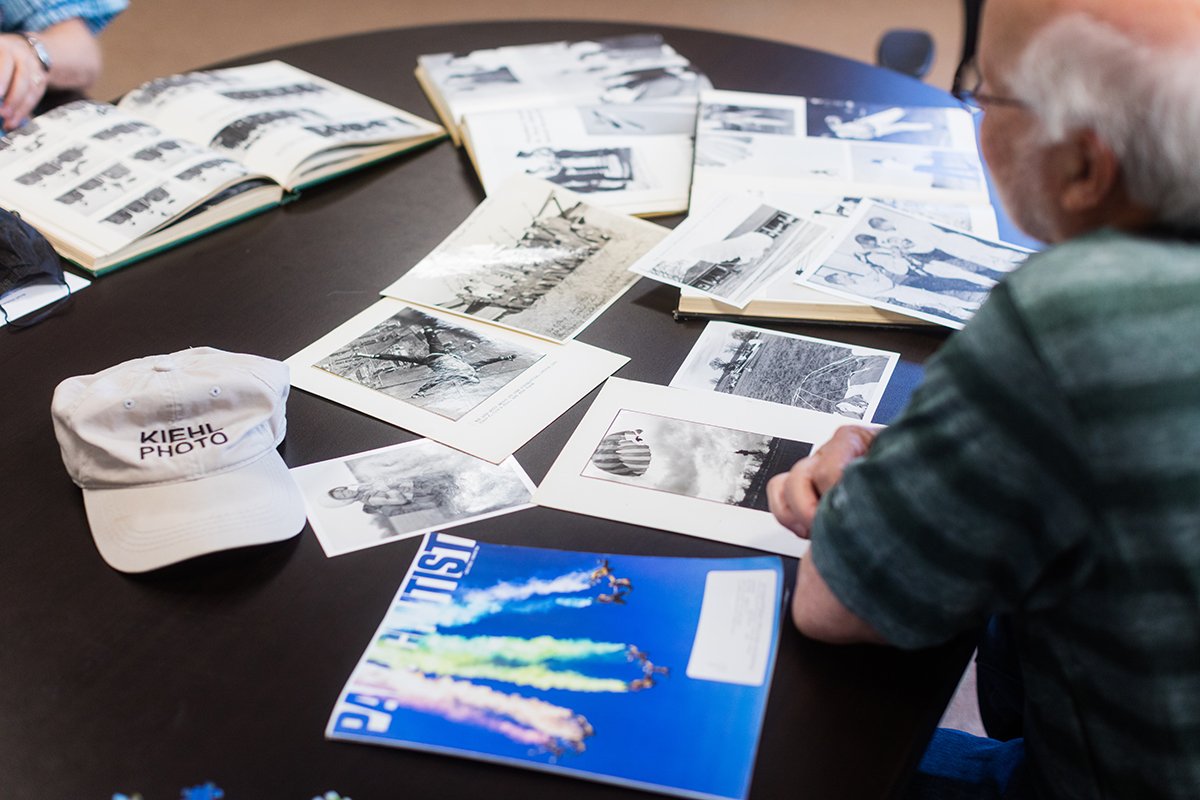 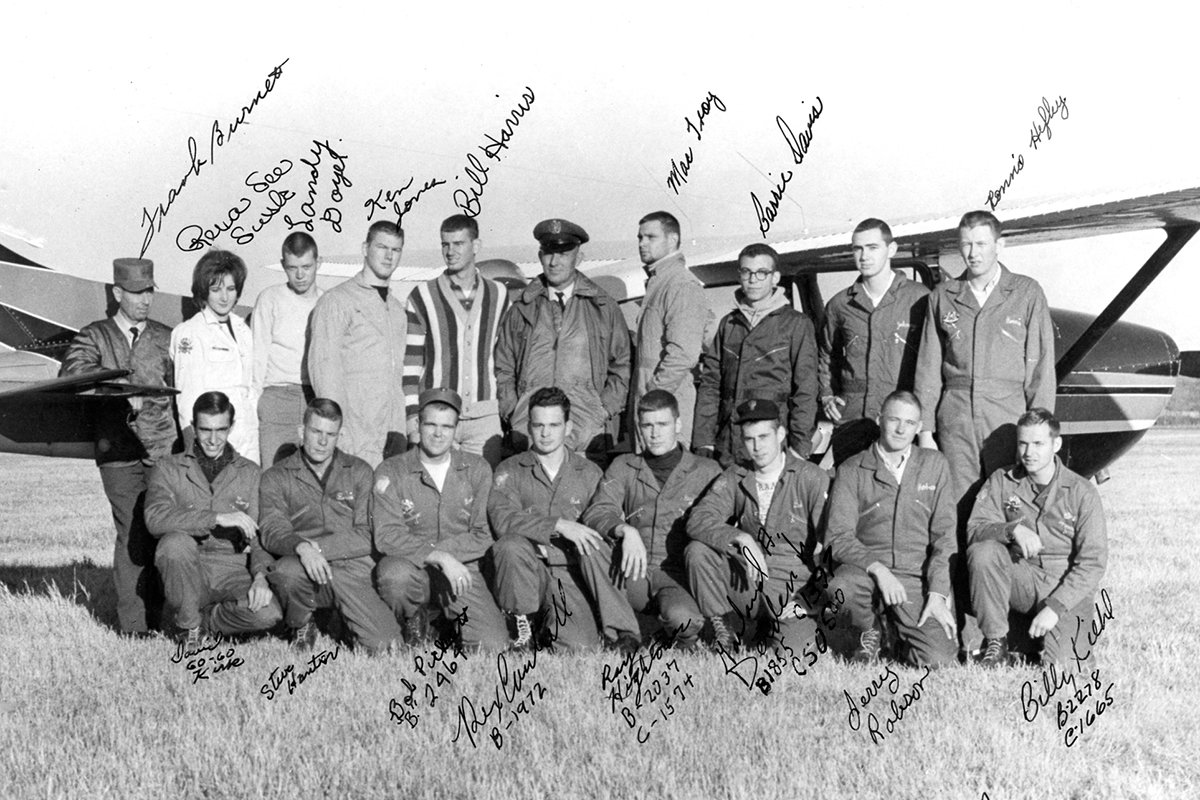 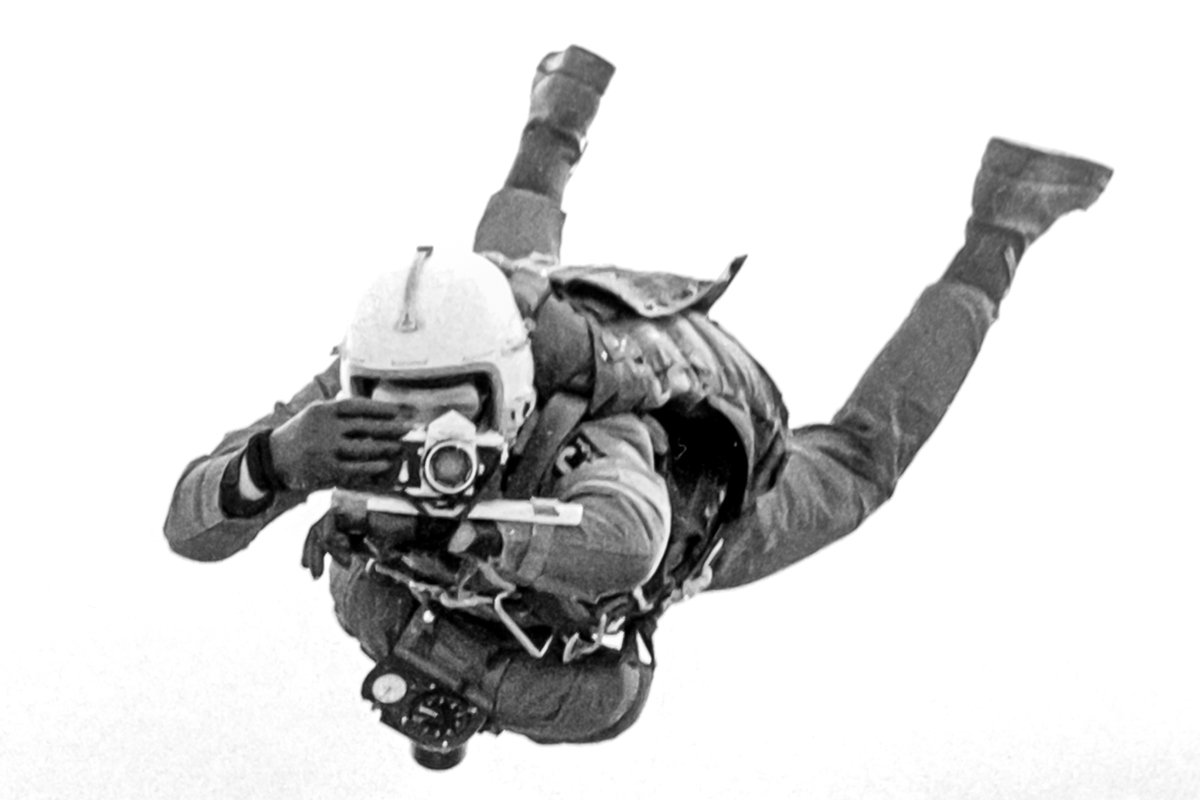 As word about the club spread, the members were invited to more festivals and celebrations, like the dedication at Greers Ferry.

Those non-competitive jumps were fun because the club members were typically jumping in front of large crowds, Kiehl said. He recalled one exhibition that was especially fun.

The club was jumping at an air show, hosted at Adams Field in Little Rock. The club’s spot in the event’s schedule immediately followed the U.S. Air Force’s Thunderbirds. The Tech jumpers flew in from Pine Bluff and circled while the Thunderbirds completed their show.

“Then as we were trying to come in to make our jump, they (the Thunderbirds’ jets) really had, you could say, torn up the air, so it was really turbulent.”

The club’s jumpers had to be out of the plane and on the ground no later than four minutes after the Thunderbirds landed, leaving little time for the air to calm.

“So we went over, did our jump, bounced all over the place, and landed there at Adams Field. That was a fun jump because of all the bouncing. I mean, I like roller coasters, so it didn’t really bother me.”

In fact, Kiehl said he had no anxious moments during his jumping days, including his very first jump.

“There is no sensation of falling,” he said. “It’s like you are floating on a cushion of air.”

And in terms of safety, “it was a very safe club, a very safety-minded club. Everything was always checked and double checked.”

Tech closed its air field in 1964, which essentially ended on-campus jumps. There were still occasional exhibition jumps on campus to recruit members. Otherwise, most jumps were made in Dardanelle, Blackwell and Clarksville.

When the club moved off campus, the group was renamed the Russellville Collegiate Skydivers. Kiehl said the club remained active until late 1967.

During those days, and beyond, Kiehl traveled to parachuting competitions around the country to shoot photos. Even today, Kiehl can often be found in Clarksville, taking photos of jumpers in the Paradise Valley Skydiving club.

The Clarksville club “is different, because it’s not a collegiate club like we were, but you still have the same type of camaraderie, and it’s fun.”

Kiehl hasn’t ruled out jumping again. He is considering making a tandem jump with the club sometime in the next few months, marking 60 years since his first jump with the Arkansas Tech Parachute Club. 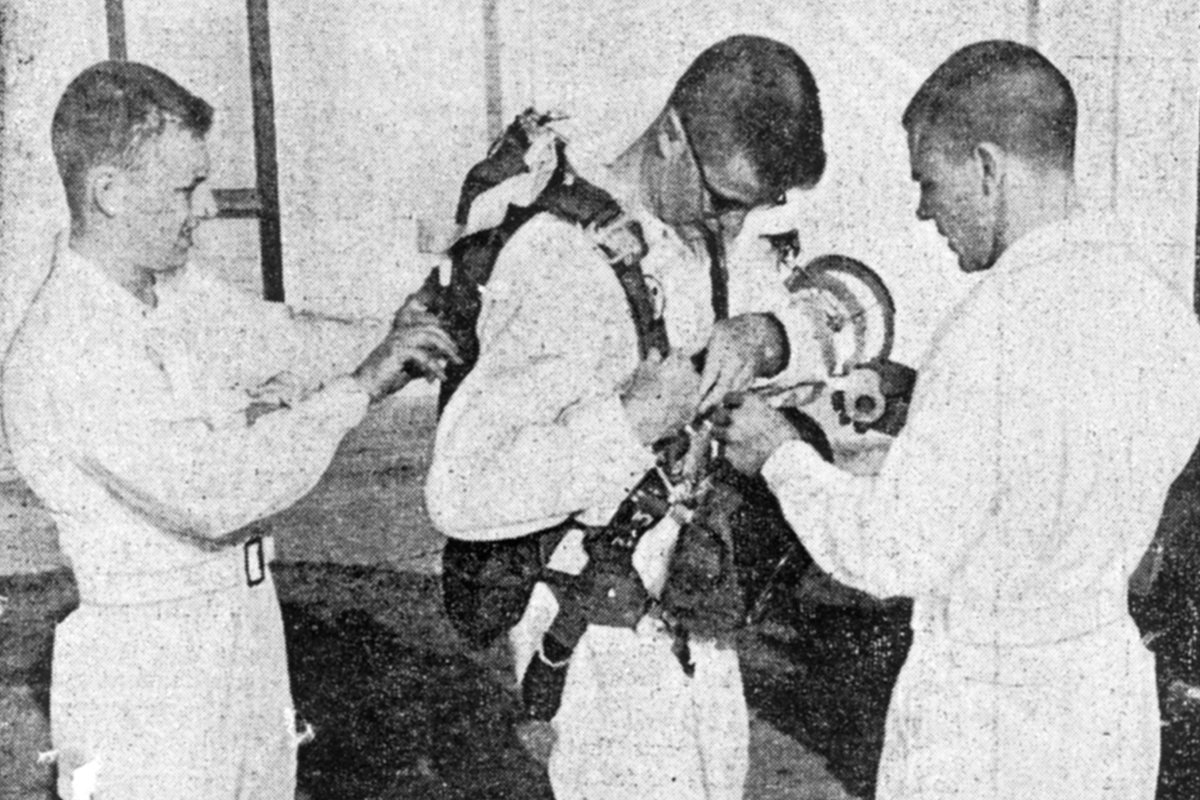 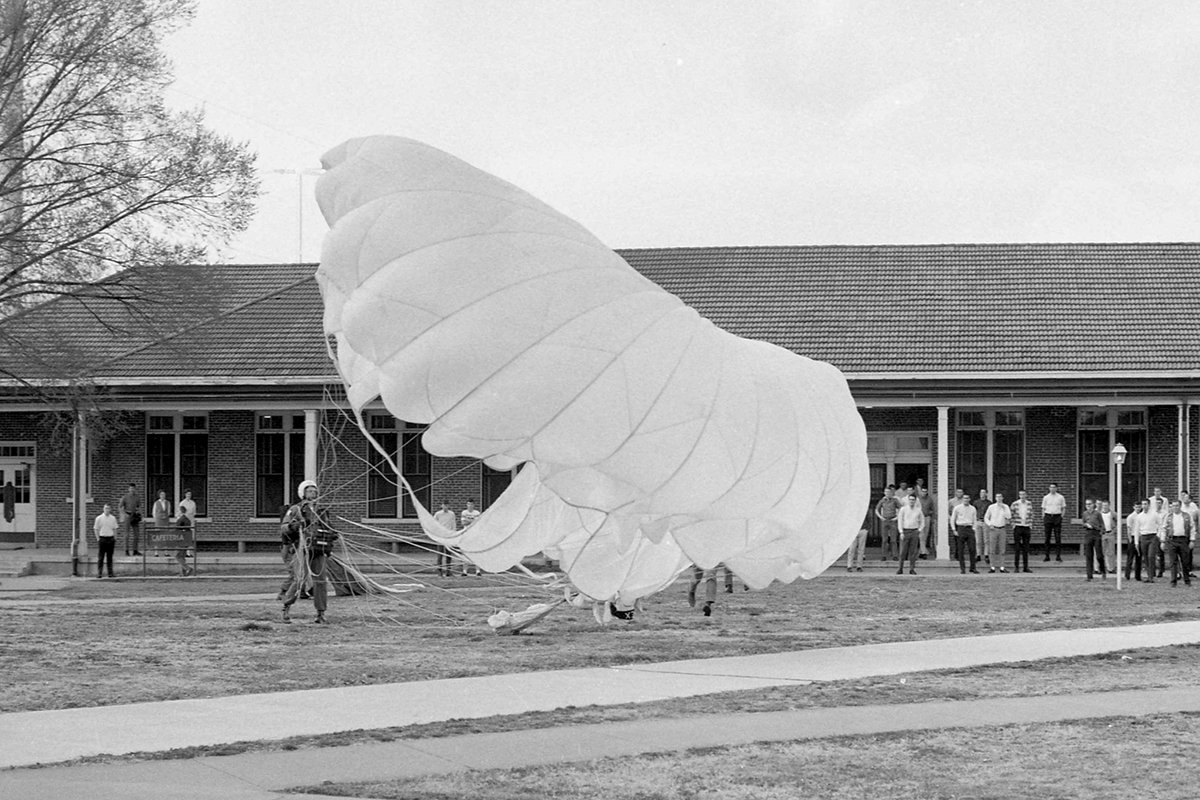 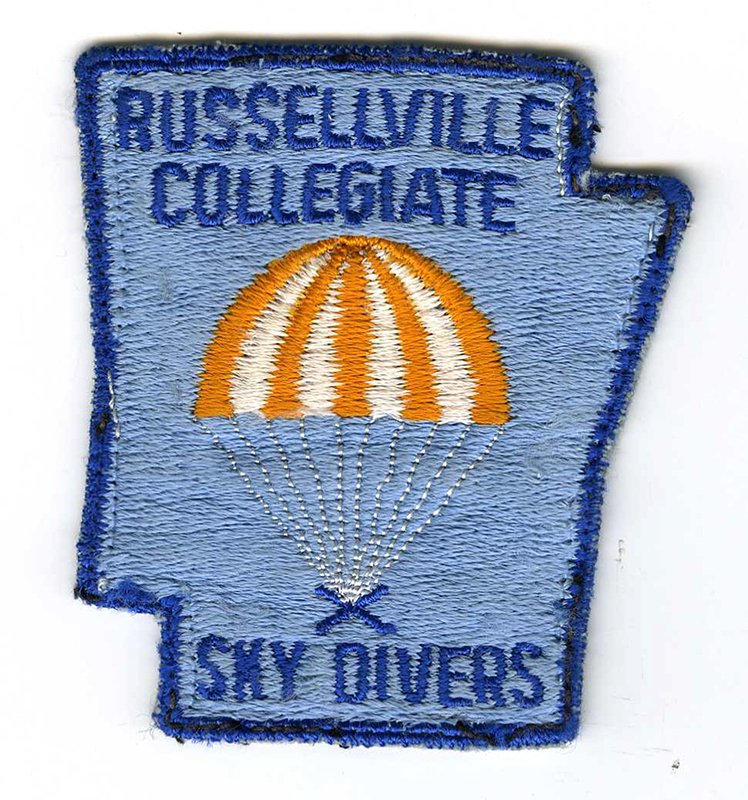 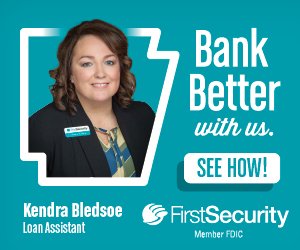 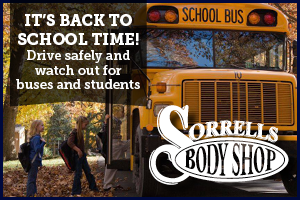 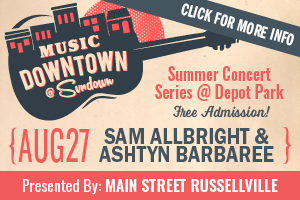