All Under One Roof 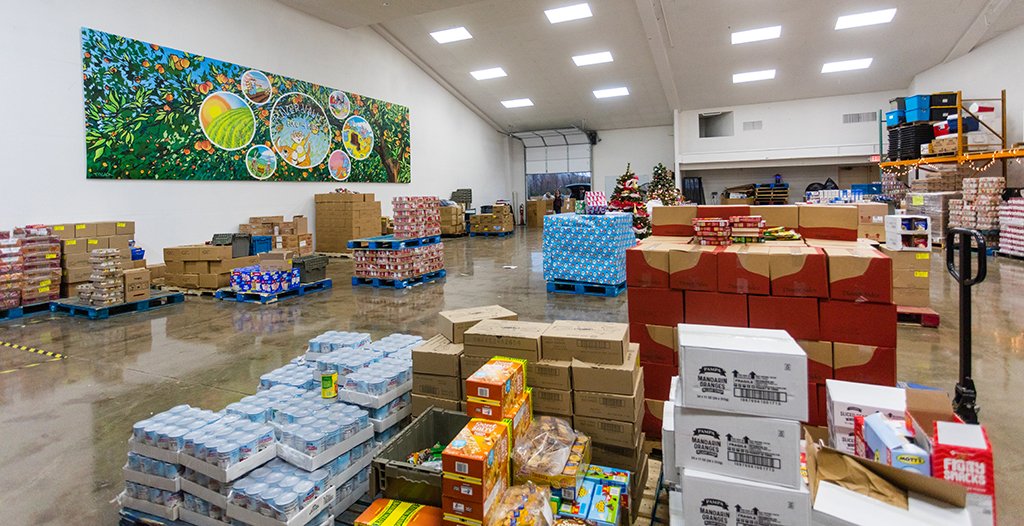 It is difficult to pinpoint when the idea for a facility like 1 Roof originated. What is much easier to see, however, is the impact 1 Roof is having on the community.

What is happening is that residents in need can find assistance and support from a range of community service, non-profit organizations who now are all located literally under the same roof.

Located at 3001 East H Street, 1 Roof is the building formerly occupied by The Journey Church. The building is owned by The Russ Bus and the origin story of 1 Roof begins with a conversation between Teague and Journey Church Lead Pastor Steve Pyle.

It was 2019 and the conversation was about Journey Church changing its ministry direction, moving to smaller group meetings and utilizing its 34,000 square feet of buildings less.

During that conversation, an idea suddenly popped into Teague’s head.

“I wish I could tell you where this came from, but I said ‘hey, I think Russ Bus is going to try to buy the facility.’”

The Russ Bus has been housed at Journey Church since the non-profit began operations a decade ago, and had never been charged rent for its space “since day one.” But the idea of The Russ Bus actually buying the property “was absolutely crazy,” Teague said.

While Pyle initially dismissed the idea, Teague said in the next two days, Pyle heard the same suggestion from two different residents, both of whom were unaware of Pyle and Teague’s conversation.

The result of those initial conversations was indeed the eventual sale of the building, appraised at $2.8 million, for $600,000. That means, Teague said “Journey Church gifted us over $2 million in equity.”

Teague began talking to different non-profits in the community about their needs.

That was just the beginning, he said, of about an 18-month renovation project to meet the space needs of those non-profits. Each organization, he said, needed spaces that were functional, and that varied from one organization to another. 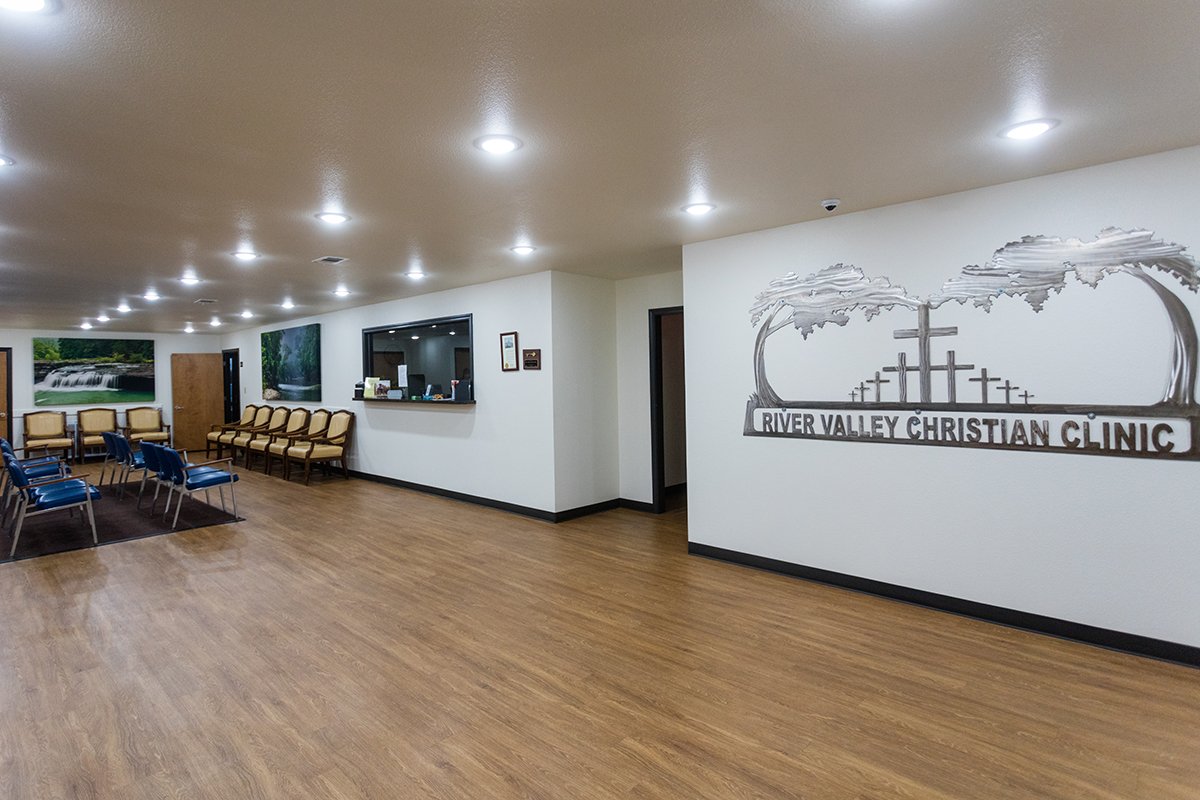 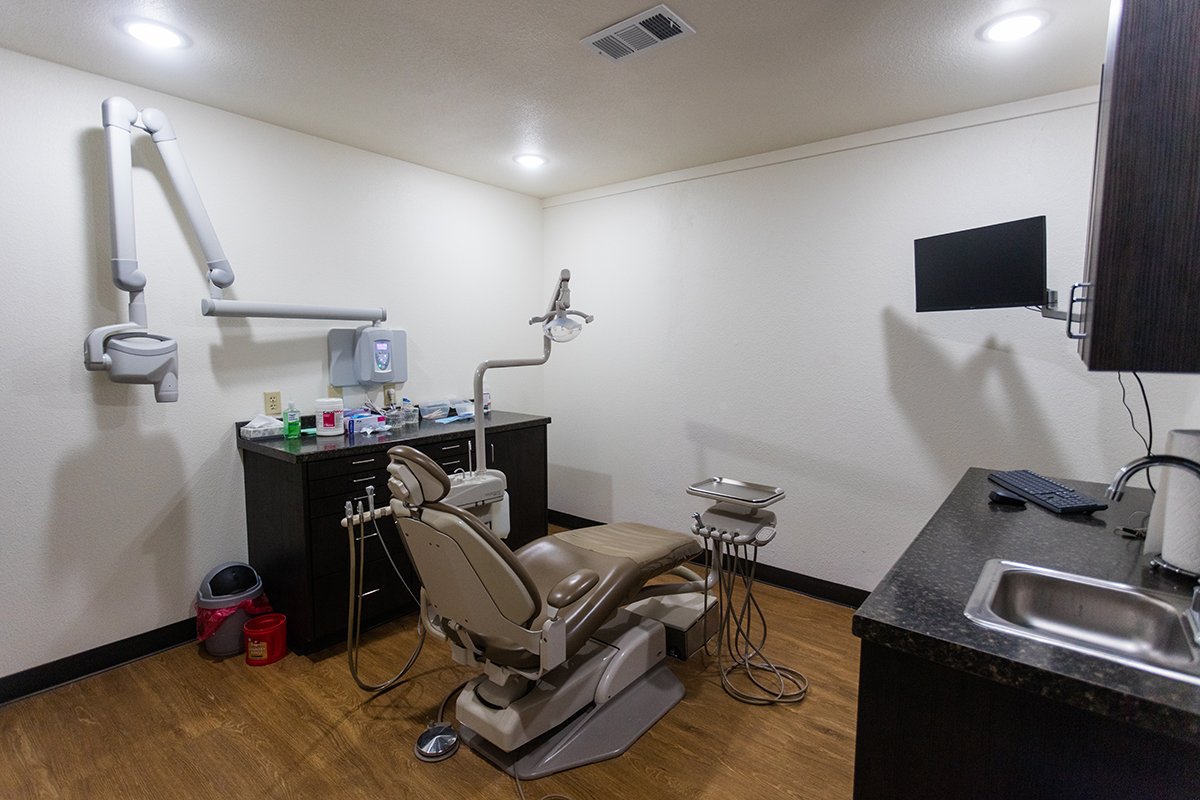 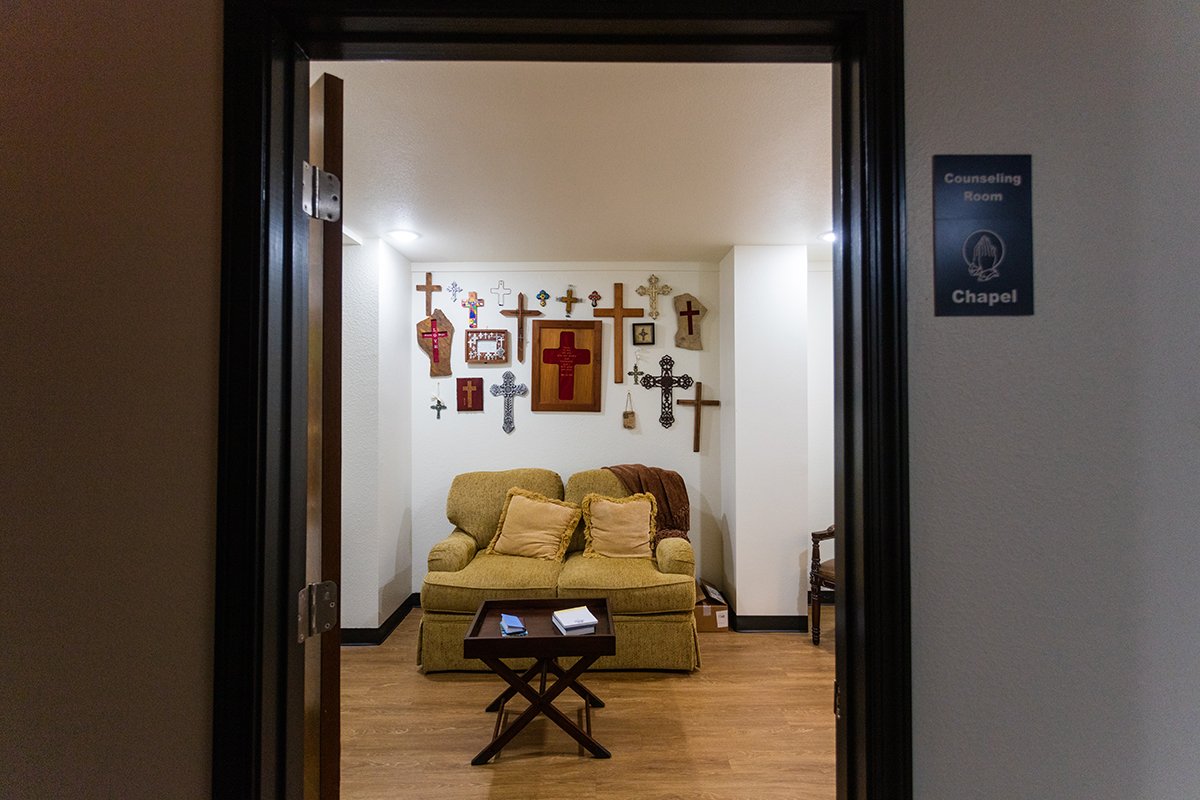 Architect Jeff Harrison, who donated his services to the project “and who really just worked magic,” handled the design phase of the project. Included in that overall project, Teague said, meant taking “8,000 square feet down to the concrete.”

Part of that demolition work gave some members of the homeless population jobs, Teague said. “They were able to work and make some money to help get them back on their feet.”

The advantages to having so many services under the same roof are many, Teague said.

Teague said a good example is The Russ Bus and ARVAC. A person might visit The Russ Bus and might be referred to ARVAC, which Teague described as “the granddaddy of non-profits. Nobody brings more to the table as a non-profit than ARVAC.”

“Sometimes you have people who walk through your door and think, ‘okay, if you can’t help me, I’m just going to give up.’”
That whole scenario is now different, Teague said.

“Now we can say, ‘hey, wait a minute, let’s go right over here to this office and they have what you need,’” and the person can simply be escorted over to another agency in the same building.

“That’s the beauty of having them (non-profits) here in one building,” he said. “We’ve got all these people in need of different assistances and they can find them all under one roof.”

“We’re all able to succeed together,” he said. Having the other non-profits as literal next-door neighbors has resulted in better communication among each other. The non-profits are more aware of each agency’s services and their needs.

“That has made it so much easier to be a more well-rounded social worker,” Dunbar said. 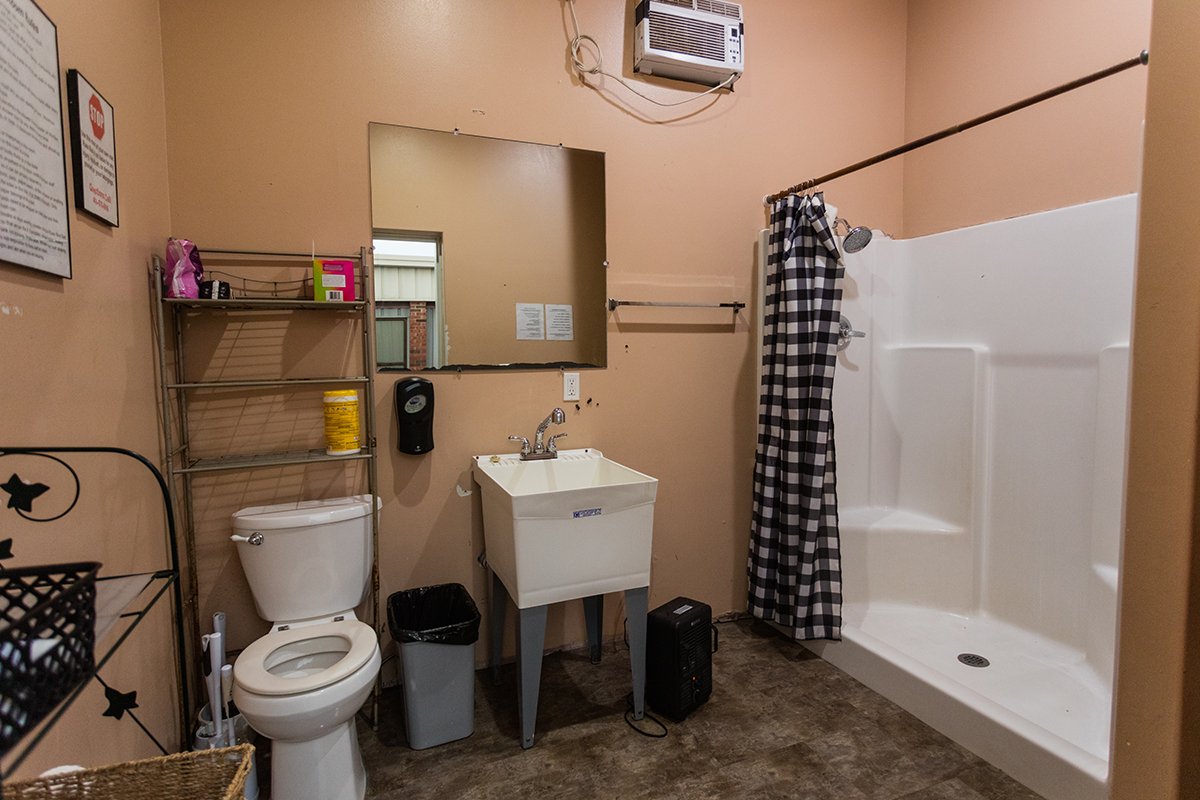 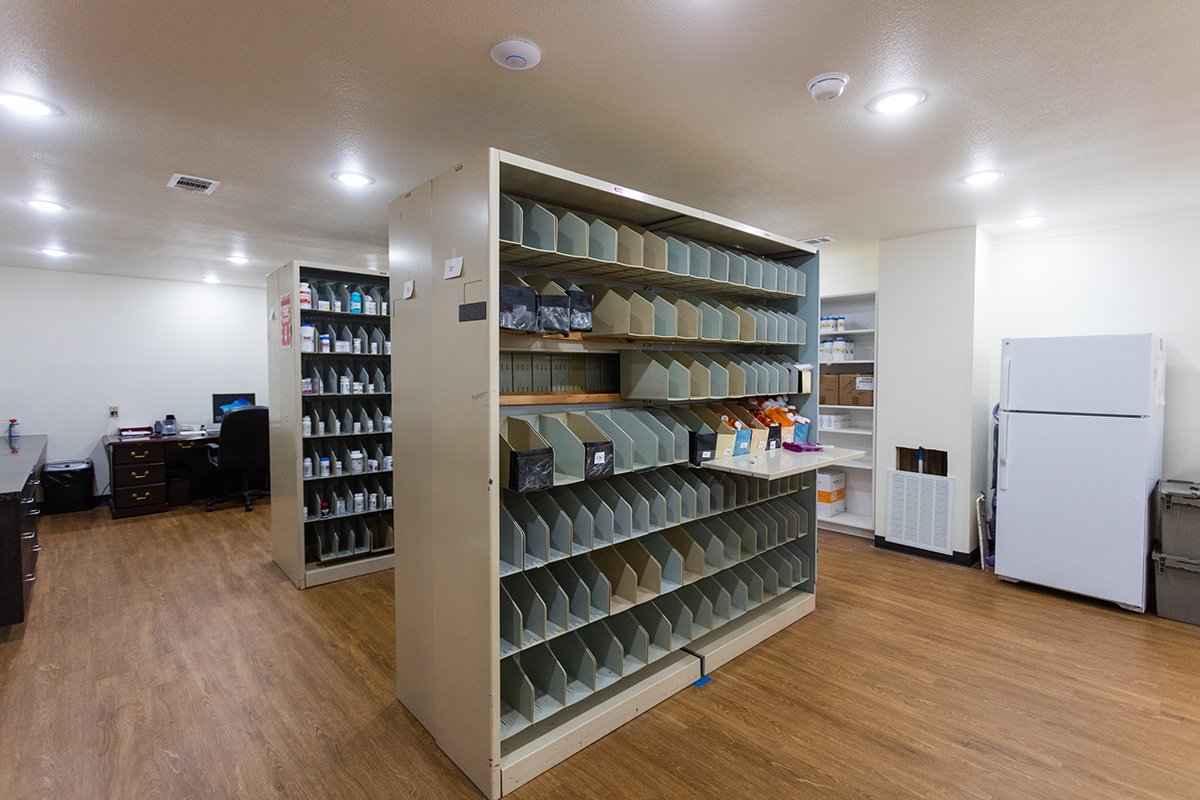 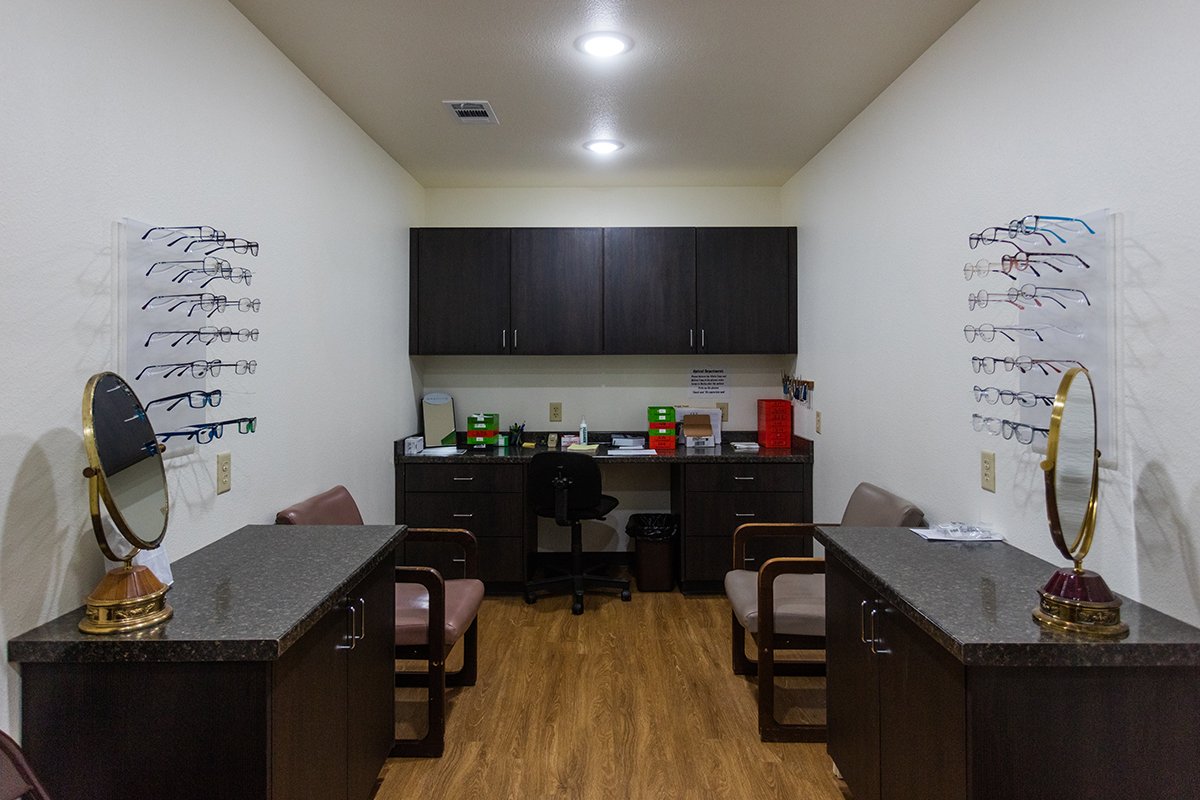 “It has been humbling,” he said, “when you see the work that’s going on here. Each one (agency) is doing something vitally different.”

Dunbar said he knew the idea for a facility like 1 Roof had been discussed for years, but finding adequate space had remained an issue. In the summer of 2020, Teague talked with Dunbar about the plans for 1 Roof and what type of space Dunbar would need.

In January of this year, River Valley Food4Kids made its official move into 1 Roof, in a space double the size of its former location.

That move has been critical to the organization’s ability to sustain its services.

For instance, Dunbar said, without the added storage the non-profit now has, the number of meals distributed this year would not have been possible.

The organization served 336,000 meals in 2021, and by August of this year, that number had already been equaled. That would not have happened without the additional space and functionality of the space River Valley Food4Kids now enjoys at 1 Roof.

Those advantages of 1 Roof are still available for other non-profits.

In fact, in one section of the remodel, when the ceiling was installed floor joists were also put in, allowing for a second story in that area of the building. Teague said it “may be 10 years or it may be 10 months” before an agency will take that space, but the important thing is that the space is already available.

Teague said a capital campaign may be undertaken in 2023 to pay off the mortgage. Some expenses, like maintenance and insurance on the facility, would remain. But if the mortgage is paid off, “the ultimate goal is for everyone’s rent to go down … So hypothetically, if you are paying $3,000 in rent and your rent goes down by $2,000, then that’s $2,000 worth of insulin River Valley Christian Clinic can buy, or that’s $2,000 more food River Valley Food4Kids can buy every month.”

Teague said seeing the “one roof” concept become a reality has been gratifying.

“Everyone is working in such cohesion and partnership. It’s really cool to see,” he said.

“The vision has been here for a long time to see something like this. The talk has always been, ‘we need to do this, we need to do this.’ But there has never been an opportunity like this one,” Teague said, noting the continued generosity of Journey Church, that pays all the utilities for the property.