Small-town café with a twist of international flavor 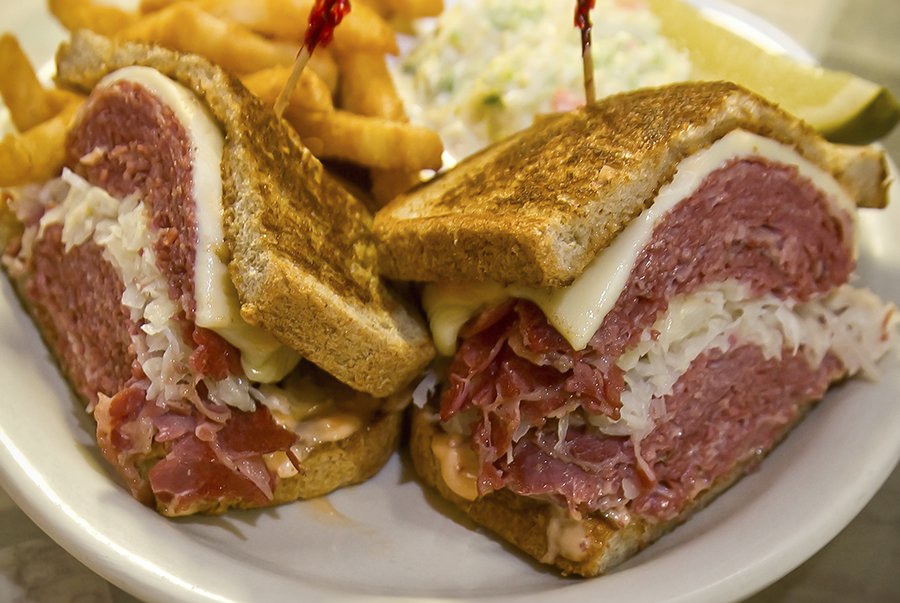 The small town cafe is a slice of Americana that, to my mind, rates right up there with Mom, baseball and apple pie. The café is where stools and tables will contain at least a few familiar faces. A sizzling grill, a fizzing glass of soda that tickles your nose with the first impatient sip, the murmur of old-timers debating politics over a cup of steaming black java. Before the golden arches and designer coffee made it to Everytown U.S.A., there were cafes.
The town café was right up there with the general store as a community hub. Stories were told, plans were made and – last, but certainly not least – good food was served and eaten. Of course, good food was the foundation, the catalyst. Good food was the reason that people gathered at the café and all that social interaction was just a result, a byproduct, of enjoying a meal.
The Atkins International Café is an extension of Rockwellian essence spiced with a bit of 21st century diversity. Just a glimpse of the establishment’s interior will tell you that. The west wall features original brick, but also a couple of eye-popping murals. Murals so delightful and inviting you’ll want to step inside them.
Good food is still at the heart of this business, though. The menu features a mix of traditional American café offerings, like burgers and such, as well as a dash of Hispanic flavor — not Tex-Mex, but real south of the border goodness complete with fresh vegetables. Standing above all other menu options, however, is the Reuben. The Atkins International Café is known far and wide for its interpretation of the Reuben. It’s a mountain of a sandwich: stacked roast beef, tangy sauerkraut, Russian dressing and Swiss cheese. And it is scrumptious, well worth the trip to a little town nestled in the heart of the River Valley.