We all know someone who’s done it. Many of us have done it ourselves. It almost begs to be climbed. Dardanelle Rock.    The desire is not a new one. For untold millennia, the massive sandstone formation has stood lookout over the river, paying little heed to the countless men and women who have scaled its sides, content in its role as sentinel and landmark. We don’t know when the rock was first climbed or what name, if any, it was then known by, but one of the earliest recorded ascents took place almost two hundred years ago.

Had we been there ourselves on that early spring morning of April 7, 1819, we might have seen a figure scrambling to reach the summit. Dressed in clothes that, though dirty and worn, were obviously purchased in an Eastern city, the sun glinting off his sweaty forehead where his curly hair had begun to recede, he carried his precious pocket microscope but not his gun, which, to the great amusement of the locals, he primarily used as a tool to dig up roots and tubers. His name was Thomas Nuttall, and he had come all the way from Philadelphia to collect botanical specimens and Indian “curiosities” in the newly formed territory of Arkansas.

The thirty-three year old former printer’s apprentice had made something of a name for himself in scientific circles since arriving from England eleven years earlier. Nuttall had been elected to the Linnean Society in 1813 and both the American Philosophical Society and the Academy of Natural Sciences of Philadelphia in 1817. Not bad for a man who had taught himself botany as well as Latin, Greek and French.

From his perch atop Dardanelle Rock, Thomas was afforded, in his own words, “a sublime view of the surrounding country.”  Although Americans were already encroaching on the territory, the world that spread out below him was still primarily an Indian world. Violent conflict between natives and whites was not uncommon in the region, but Nuttall traveled without the aid of a military escort or scientific expedition. He was often alone. Such fearlessness and self-assurance came naturally to the man. In 1808 having only just arrived in the United States, Thomas, unable to find a copy of a particular botany text, simply presented himself at the author’s door. Benjamin Smith Barton, one of the foremost experts on American plant life, was so impressed with the young twenty-two-year-old that he hired Nuttall to collect specimens in every corner of the country. 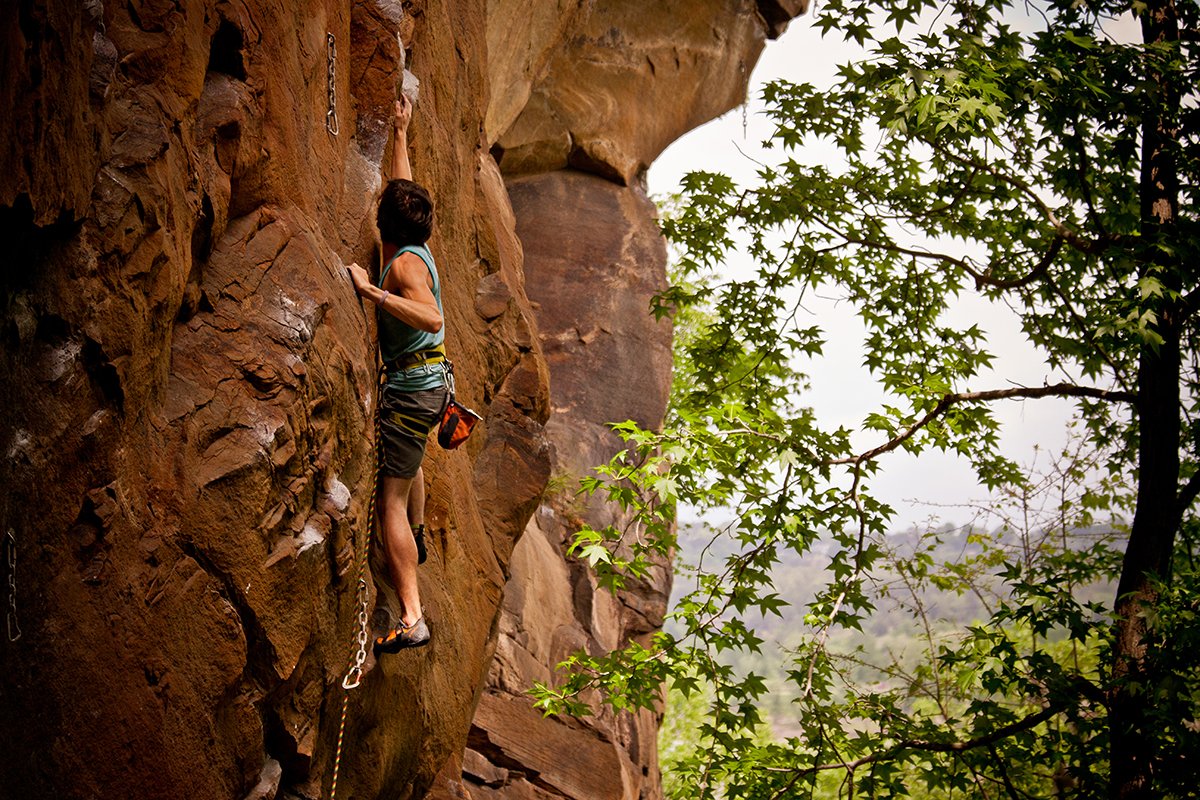 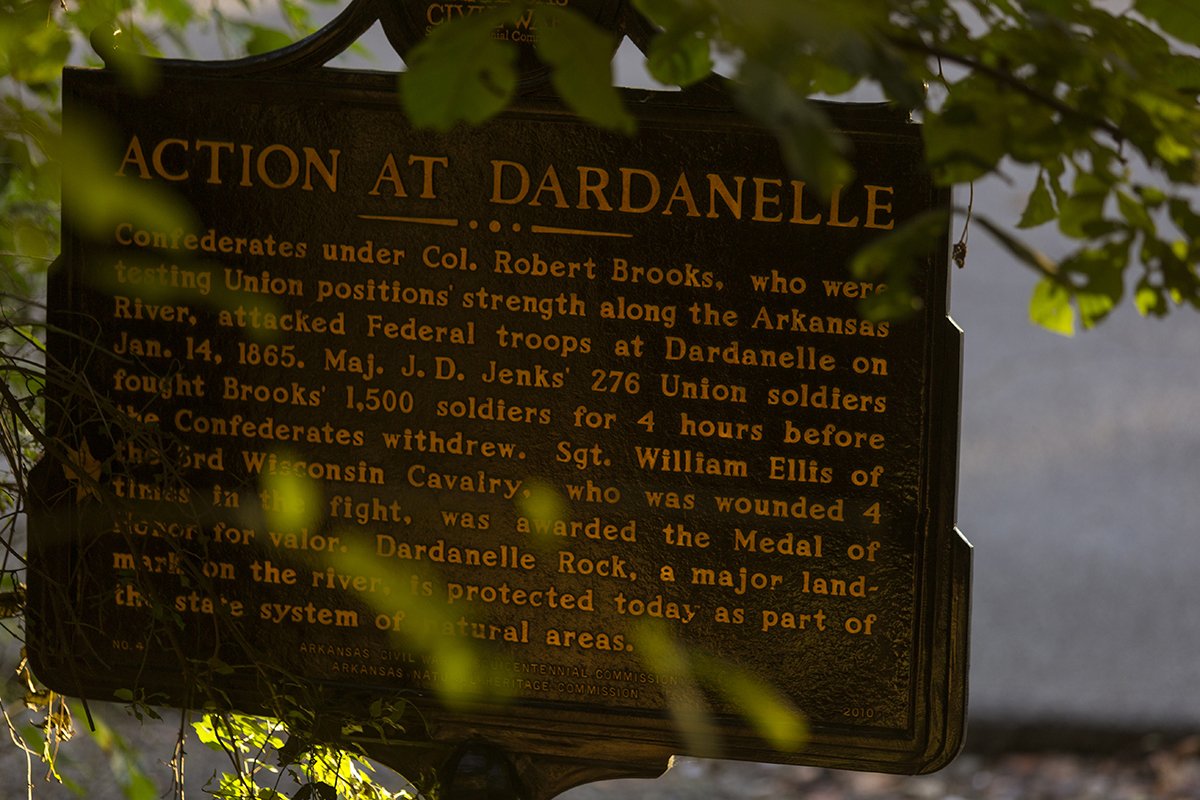 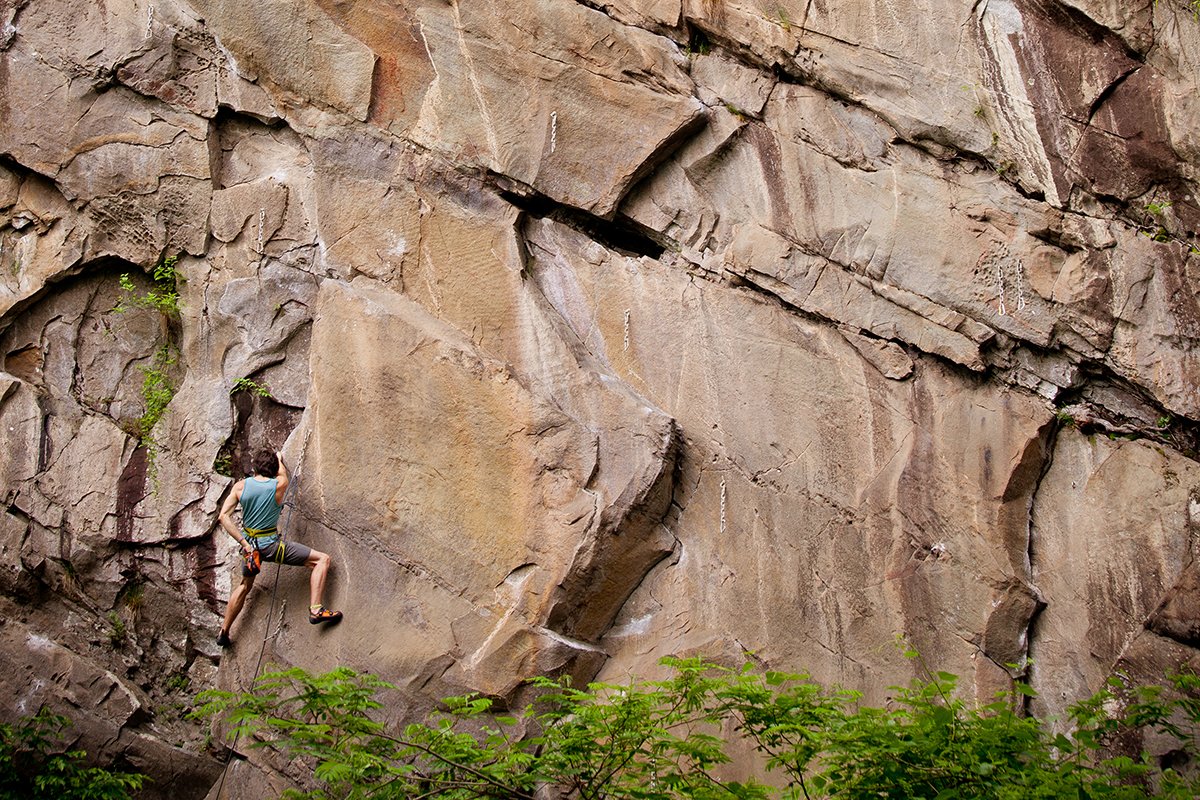 In the intervening years, Nuttall had contracted malaria in the swamps around Delaware Bay, followed the footsteps of Lewis and Clark all the way to the mouth of the Yellowstone, and explored much of the American South – from the crest of the Appalachians to the low country of South Carolina. Yet, the Arkansas territory provided our intrepid botanist with much to stimulate his curiosity and intellect.

In one of his rambles near Dardanelle, Nuttall was surprised to find a huge spider, a tarantula, which he had assumed belonged only in the tropics and which, until then, he had only seen in museums. He was also impressed with the mineral springs to the south that were “hot enough to boil eggs or fish.” But even the mundane could inspire Nuttall to wax poetic as clearly evidenced by the following passage from his journal: “The lugubrious vociferations of the whip-poor-will; the croaking frogs, chirping crickets, and whoops and halloos of the Indians, broke not disagreeably the silence of a calm and fine evening.” The botanist did not find every aspect of the Arkansas spring agreeable, however. After returning from a hike collecting insect specimens, Nuttall found himself covered with over fifty ticks, which he noted were “more abundant and troublesome than in any other part of America,” a fact to which the locals could no doubt attest.

In the nearly two weeks that he spent in the vicinity of Dardanelle, Nuttall spoke with a number of the leading citizens of the area, including Rueben Lewis, the brother of Meriwether Lewis, who was serving as the local Indian agent. Nuttall also met Tahlonteskee, the principal chief of the Arkansas Cherokee, whose manners and bearing made such an impression on the botanist that he referred to the native leader as “a Franklin amongst his countrymen.” Nuttall spent a considerable amount of time at the trading post on the south bank of the Arkansas River in present Yell County. It was owned and operated by Walter Webber, a Cherokee headman of mixed European and Indian ancestry. Webber, who was literate and spoke English as well as Cherokee, owned a large farm and a number of black slaves in addition to his store. It is likely that Webber and his nephew, who also spoke English, were the source of much of what Nuttall learned about the local residents.

Many of the inhabitants of the River Valley were Cherokees, newcomers who had recently given up title to some of their lands in the East in exchange for the territory between the Arkansas and White Rivers, west of Point Remove Creek. In general, Nuttall was impressed with the Cherokees, whose farms he found “well fenced and stocked with cattle” and whose homes he described as “handsomely and conveniently furnished.” Yet he decried their “baneful attachment to whiskey” and bemoaned the fact that their “ignorance and superstition” slowed their “happy approach toward civilization.”

Nuttall, though a careful and thoughtful observer, was not particularly sympathetic to Indians. He was even less charitable to the majority of Euro-Americans already living in the territory, comparing them unfavorably to the German settlers in Pennsylvania. Instead of the industriousness of the Pennsylvania Dutch, Nuttall found Arkansans preoccupied with drinking, gambling, and the search for mineral wealth, a noted obsession in the region since the time of Hernando de Soto’s sixteenth-century expedition. After examining the site of a mine that residents were convinced contained silver, the botanist lamented the “ignorance and credulity of those who were enticed into this undertaking.”

Before we condemn Nuttall as just another easterner with a low opinion of Arkansans, it should be pointed out that he gratefully acknowledged the generosity he was shown on his trip, during which he always found himself a welcome guest at the homes of settlers and on boats that plied the local waterways. Like most nineteenth-century scientific explorers, Nuttall was primarily interested in how the country through which he rambled could be developed, and in Arkansas he saw a land of great potential. Some of his ideas seem almost prophetic in retrospect. For example, Nuttall believed that the mineral springs in and around what is now Hot Springs National Park could become a vacation destination for “southern gentlemen” in search of “health and recreation.” And, though he noted that the alluvial soils of the region were suited to cotton agriculture, Nuttall suggested the land would be more productive if rice were grown instead – a position that is easy to defend today.

The botanist left the Dardanelle area on April 20, traveling west toward Fort Smith. From there he headed southwestward on an expedition to the Red River and back before continuing into present Oklahoma, where he spent several weeks exploring. Nuttall encountered a number of problems during this leg of his adventure, not the least of which was a malarial attack that left him in a severely weakened state, during which an Osage robbed him of his penknife and precious pocket microscope. By the time he returned to Arkansas and stopped at Cadron, east of Dardanelle, his patience had worn thin.

From December 18 to January 4, Nuttall lodged in the settlement’s only tavern, which he found “very ill provided.” In addition to dealing with frigid temperatures in the poorly chinked two-room log building, the botanist found the tavern’s customers unsuitable company. It seemed to him that “every reasonable and rational amusement appeared here to be swallowed up in dram-drinking, jockeying, and gambling.” Despite repeated invitations to participate in the illegal gaming, Nuttall refused to “enter this vortex of swindling and idleness,” and, after the New Year, gladly bade Arkansas farewell.

Over the next two decades, Nuttall continued to travel extensively in the United States, as well as visiting the Azores, Hawaii, and California, then part of Mexico. Between 1823 and 1834, he lectured at Harvard and served as curator of their botanical gardens, though he held no academic degrees. In addition to writing his own textbook and multi-volume works on both botany and ornithology, Nuttall left us an invaluable record of the River Valley when he published, in 1821, the journal of his time in Arkansas. Available today from the University of Arkansas Press, A Journal of Travels into the Arkansas Territory During the Year 1819 paints a compelling picture of a time before Lake Dardanelle, before Arkansas Nuclear One, and even before most of our ancestors migrated to the region. It deserves a place on the shelf of all those who, like Nuttall himself, have climbed (or thought about climbing) the stone sentinel we call Dardanelle Rock.