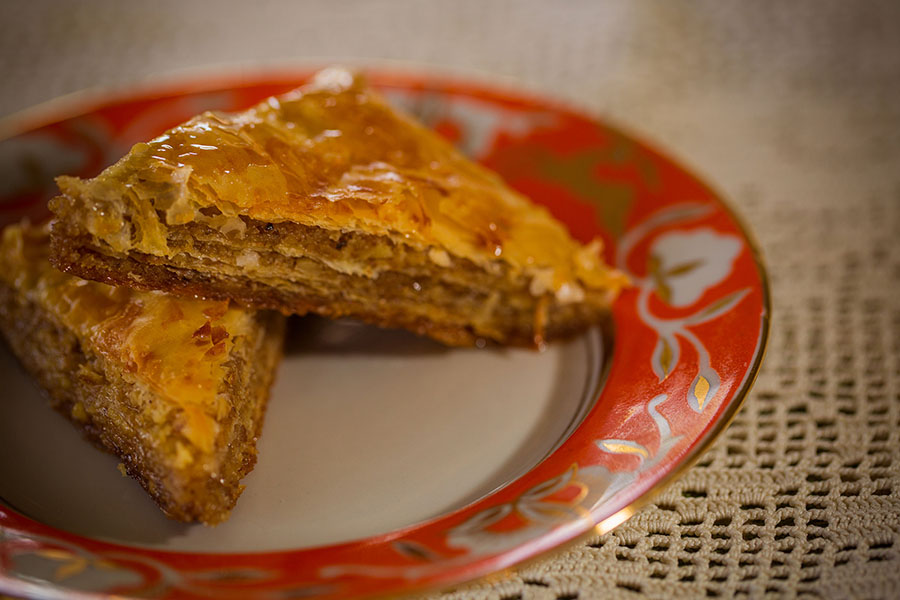 It’s unbelievably rich. Thin layers of flakey pastry, nuts and sweetened with either syrup or honey. It’s called baklava and it’s a treat that has been satisfying the sweet tooth for centuries. Many, many centuries.
Baklava is likely one of the oldest recipes of the civilized world. Though its specific origins are hard to trace, most food historians agree that the first baklava was cooked and enjoyed in the Middle East all the way back in 8th century Mesopotamia. For those that don’t know, Mesopotamia is known as the birthplace of civilization, and delectable food is a wonderful byproduct of civilization. Hats off to Mesopotamia … for a lot of things.
But sweet food was considered a luxury back then. The early civilized world was still much more concerned with eating for survival rather than pleasure, and decadent victuals were enjoyed only by those that could afford them. A common saying in Turkey to this day is “I am not rich enough to eat baklava every day.”
Modern day America is a different story, though. You don’t have to be rich to enjoy baklava whenever you want. Even every day. We know a good source for all your Old World dessert cravings, and especially baklava.
That place is the kitchen of Nena’s European Desserts – a catering service in Morrilton owned and worked by a woman who crafts tasty sweets in the tradition of the old ways. Nena’s baklava would make a Mesopotamian’s  mouth water, and it can do the same for citizens of any other civilization — old or new.