Something New Yet Familiar 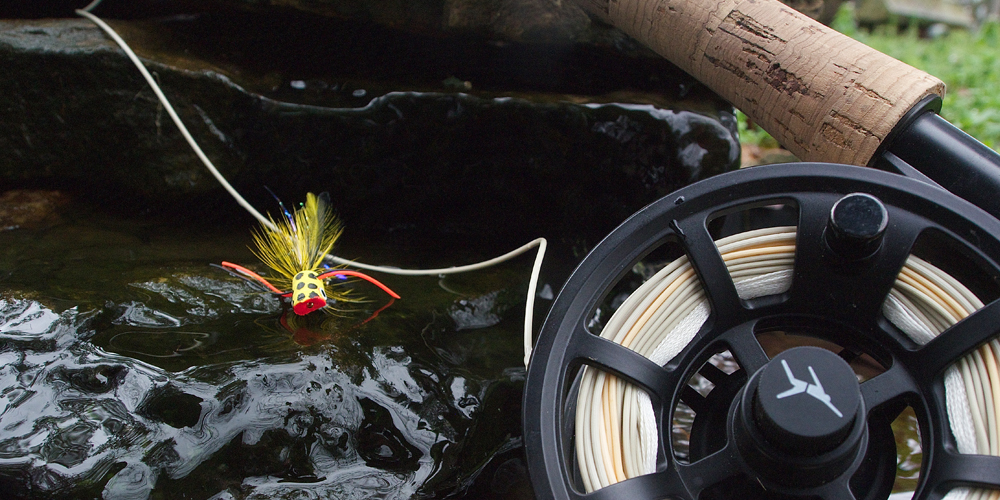 I did not know any fly anglers while growing up here, in the River Valley region of Arkansas. I read about them in the pages of Field & Stream and Sports Afield. I read advice from this guy named Lefty and another fellow named Wulff, but my fishing heroes drove fiberglass boats and threw the patently pagan Texas-rigged scuppernong Jelly Worm as opposed to the cultured and elegant sounding Royal Coachman. Pretty sure you would have been laughed out of the Walmart fishing aisles if you even mentioned Royal Coachman or impressionistic flies or nymphing (which, if you know anything about Greek mythology, sounds a lot like what we were trying to do as teenagers cruising the town).
Fishing tactics in cracker culture are pretty crude and utilitarian. They involve casting, flipping or pitching hunks of plastic, or gobbing live bait on a hook. Sometimes we don’t need a rod and reel and we let trotlines hold the bait while we sit around a fire. And sometimes we don’t use bait. We’ve snagged a lot of fish with 7/0 treble hooks, and shot a lot of fish with bows and arrows. Though I never participated, my dad often talked about late winter sucker gigging in the Ozark streams of his youth. All of these tactics are about maximum yield of fish flesh. Like I said, utilitarian. Style, beyond the live bait vs. artificial discussion, weren’t part of the equation.
But ideas of a more sophisticated way to catch a fish sprang from reading about those fly fisherman (there were no fly fisherwomen that I was aware of at the time) and one day, when I was about twelve, I bought some poppers — a bass-catching redneck type of fly. There was a yellow popper and a red and white popper in the package, and I remember that the yellow one looked close enough to a midsummer grasshopper that I thought it would fool the little bass in my grandparent’s pond. So that afternoon I tied it on, a difficult task with 17-pound-test monofilament, and recalled the words of Lefty and Lee. I stripped line from my Shimano baitcaster, whipping the five-and-a-half foot heavy action bass rod back and forth, working the coils of line and reaching a bit further toward the middle of the pond with each false cast until finally the yellow popper rested on brown water. The ripples faded. I gave a little tug and “bloop” a feisty bluegill smashed the popper and gave a futile fight as I winched it in from 10 feet. It measured about five inches long but stands as my first catch on a fly.
Actually, that little bluegill stood as my only catch on a fly for three decades.
In the years since youth, my taste in angling has veered toward refinement. Though I will still sit on the river sandbar soaking dead minnows on a hook, most fishing time and effort is focused on smallmouth bass. Spinning tackle has been the equipment of choice, and lure selection is your standard largemouth lures in miniature: four-inch plastic worms, tiny crankbaits and 1/8 ounce rubber-legged jigs tipped with pork rind.
But finally the circle is complete. There’s a fly rod and reel on in my hands now. Heck, I’ve already added to my tally of fly-caught fish with some bluegill and small bass from my buddy’s pond earlier this year. I’ve been learning the craft for a few months now and in the process opened what my wife suspects to be another Pandora’s box of outdoor obsession.
Just casting the fly rod is a joy. In the loading and casting of a fly rod there is something more than mechanics of the action, something more than physics. I don’t know exactly what that something is, but like other skills that require a blend of refined technique and rhythm, there is a distinct feeling when you get it right. The best analogy is shooting a basketball and shooting a bow instinctively. You know you’ve made a good shot the moment the ball leaves your fingertips or the arrow leaves the string because it feels good. Likewise, I knew the loop was tight and the line would lay down a gentle path for leader and fly to follow when my left hand was simply conduit and my right hand a metronome. In those perfect moments, cord swooshed through guides and it all felt good. It felt right.
The spring largemouths and bluegill will do for now, but I’m dreaming of summer afternoons waist deep in a cool smallmouth creek — cicadas buzzing, dragonflies patrolling and creekside weeds heavy with grasshoppers. I’ll be looking for the bronze flash as a hapless hopper misjudges his flight and falls to the water. With the help of another yellow popper and a smile from the river gods maybe I can add another fish or two to my fly angling tally.