A Card for Uncle Dad 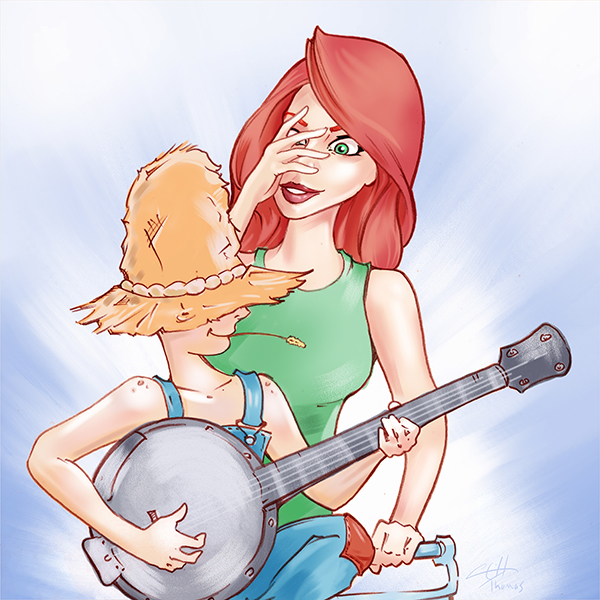 Sometimes a greeting card can say something that most people cannot convey verbally. Finding the right words to express our emotions is often very difficult so it’s easy to see why Americans purchase 6.5 billion cards a year.
Two of the most important occasions to buy cards are Mother’s Day and Father’s Day. We want to show our parents the love and appreciation they deserve, and let the other parent of our children know that we think they are doing a great job.
I often let my son pick out cards he wants to give because I feel it makes them seem more genuine and heartfelt. However, he can spend all day perusing through the greeting card aisle, finding it essential to read each and every missive. Perhaps he is afraid he will miss out on the perfect card if he doesn’t open and read each one, but he usually ends up picking the very first card that caught his attention.
One Saturday my son and I were browsing through Hobby Lobby, picking up art supplies for his gift to his father. He reminded me we had yet to purchase a card to go with his gift so we made our way to that aisle. He immediately went to the musical birthday cards and insisted on opening each one, releasing a melee of sounds across the store. One particular card was especially annoying (why do children have a knack for rooting out the most vexatious noises/smells/behavior?) and he opened it and closed it several times, starting the cacophony all over again. I began to lose my patience and insisted we move on to cards for the appropriate occasion.
He immediately spotted a card featuring a fuzzy green dinosaur with googly eyes. He read it to himself and announced, “I found the perfect card for Daddy!” He proceeded to read it again, this time aloud:  “Happy Father’s Day to the best uncle! I love you more than Dinosaurs! Love, your favorite nephew.”
He beamed up at me, and I sighed.
“Raff, we are shopping for a Father’s Day card. For your father.” I said.
“But this says ‘Happy Father’s Day,’” he argued.
“Yes, I know, but it’s for an uncle. And you don’t have an uncle,” I argued back.
“I might have an uncle! How do you know? Why don’t I have an uncle?”
The questions came flooding in, and I just looked up, mentally begging the heavens to heap patience on my head.
“Well, the main reason we cant get this card is because it’s for an uncle, and your daddy isn’t your uncle. So we need a card that is for a dad… Not an uncle.” I felt like this explanation was pretty simple and clear.
Raff looked at me with a determined look.
“Well my daddy IS my uncle,” he proclaimed.
The handful of people also in the greeting card aisle simultaneously looked toward us and regarded Raff with interest. Suddenly, the sound of a banjo’s twangs and the image of a creepy boy on a porch sprang to mind.
“Raff,” I whispered, “you need to find another card. We need to leave soon so please choose a different one.”
“But this one is my favorite, and it’s the only one with a dinosaur on it,” he pleaded. I sighed again.
Sure enough, after looking through nearly all of the Father’s Day cards that were for fathers, we failed to find one that had anything resembling a dinosaur on it. I rubbed my temples, trying to ease my frustration and heard my inner mom voice — pick your battles.
“Fine, if this is the card you want, then its fine with me. Let’s go checkout.”
Raff grinned delightedly and we made the trek to the front of the store.
We waited in line, and when it was our turn Raff placed his card and other purchases on the counter.
The cashier rang up his art supplies, and then picked up his card.
“That’s for my dad. It says uncle but that’s OK because my dad is my uncle.” Raff stated, matter of fact.
The cashier’s eyes grew round and she slowly turned to look my direction. Before I could offer up any sort of explanation, she said (in a very northern accent),“Well, this is Arkansas, and nothing surprises me anymore.”
I started to reply but thought better of it. I wasn’t sure how to even begin to explain the uncle/dad/dinosaur situation. I paid for our items and left the store hoping I wouldn’t run into the same woman again on any future Hobby Lobby visits. And if I did, hopefully she would forget Raff’s Deliverance moment in the check out line!