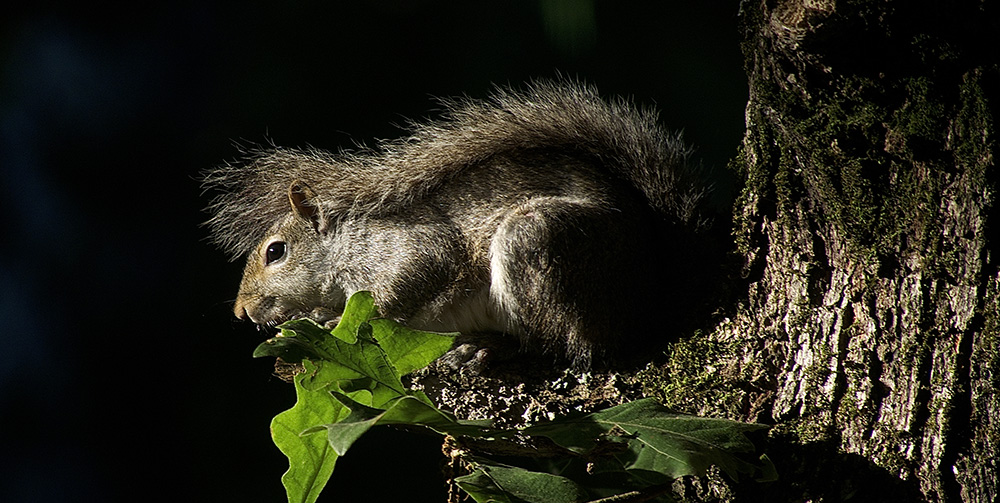 Throaty hoots of a great horned owl echo through the trees as I swig the last lukewarm coffee and gently close the truck door. Hunting license — check. Shotgun — check. Pocketful of shells — check. Apple and water bottle — check. Keys slide into a front pocket and into the dark woods I go.
The forest floor is quiet walking. Last year’s leaves have mostly melted into detritus, dissolving into nutrients that will feed the trees and wildflowers, and then the wildlife for decades to come.
This year’s leaves still grasp the slender limb tips. A few were ripped away by violent spring and summer thunderstorms, and a few have passed through the digestive tract of various critters, but most are still holding on.
I can’t see leaves or trees or anything in any shade or depth right now, only blue-black silhouettes on this moonless predawn, but I imagine some leaves have already changed color. Sumac and black gum start anticipating autumn with brilliant scarlet splashes in late July. I’ll have to wait on the sun for a visual on the sumac and black gum leaves, but night vision — a very cool near-super power, by the way, and one that hunters employ often — allows me to side step every obstacle in the woods except spider webs. Nothing like starting the day with a nice sticky web wrapped around your face. I fare pretty well, though. Perspective is important. It was a few moments of mild panic for me, but the spider lost its home.
I make it to the ridge top as darkness grudgingly submits. The first gray glow is unappealing to say the least. I prefer the tones of night to this austere color. It’s the color of nothing. It’s the color of everything. Maybe it’s the color of creation, a malleable shade that can be formed into anything, but if not for the promises it held I would hate it. Those promises soon unfold.
Sleepy petals of lavender and powder blue begin to bloom overhead as blushes of coral and apricot grow to meet them. While light is surging fast beyond the canopy, the woods, still full of foliage, are a shadow world. But I can make out bark patterns and leaf clusters now, and that’s plenty to guide me to the hickories. Squirrels will be in the hickories.
Brilliant orange beams radiate from the eastern horizon as I reach my destination. A damp forehead and ragged breath prove it was a tough haul for an out-of-shape writer. I take off the camouflage cap and let the first cool air of the season caress my scalp. It’s a refreshment I haven’t enjoyed since probably April, and it triggers weird cravings. What I would give for a plate of biscuits and gravy right now. I know it’s nostalgia. In my life, biscuits and gravy are paired with cool mornings like… well, like biscuits are paired with sausage gravy. How many times over the years have biscuits and gravy fueled these early season squirrel hunts? Too many to count, that’s for sure. But with middle age comes certain concessions, and I plan to hunt this ridge for another four decades at least.
Except for the crickets, it’s very quiet. As late summer bleeds into autumn, the early morning forest hushes a bit more with every minute lost. The birds, so brash and loud just a few months ago, are mostly mute. Some have already left for parts south. However, a chittering Carolina chickadee and razzing pair of tufted titmice watch with bold suspicion as I settle next to a post oak in a stand of its relatives mixed with hickories. Now I can see the hickories are drooping with mast, limbs weighty with nuts. I press the back of my head against the post oak’s rough bark and smile as a chorus of gray squirrels singing hallelujah for the bounty march through my imagination. And just in case squirrels really can’t grasp concepts like gratitude and joy, I mutter a hallelujah on their behalf.
I close my eyes as a lone mosquito buzzes away. I wait and I listen.
Soon I hear the raspy scratch of tiny claws on bark, the swoosh of leafy boughs dancing under the weight of a something searching. I hear deliberate gnawing. It’s the sound of incisors shaving away the green bonds of summer, unlocking autumn’s bounty.
It’s September.
Hallelujah.