Land of my ancestors 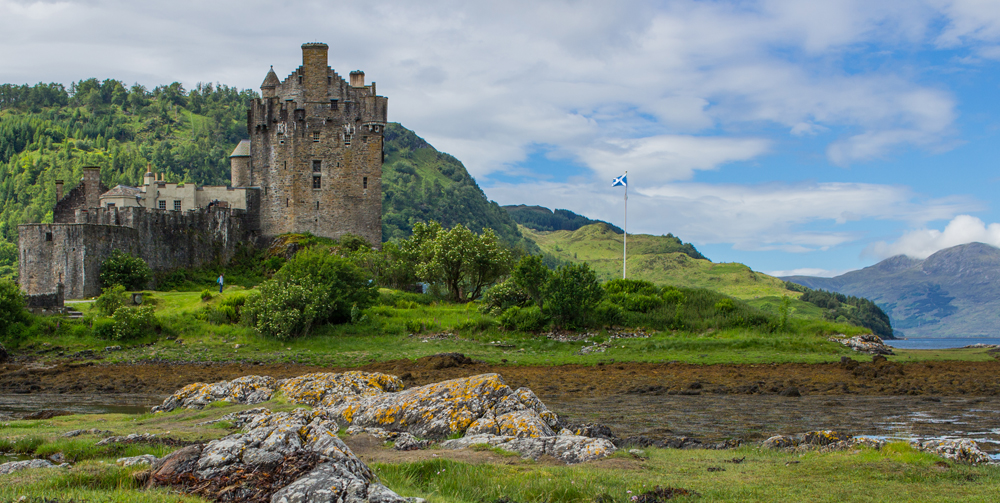 The scale of scope dictates so much about how we process life. Though in school we’re presented with the world, its countries and cultures, our scope isn’t scalable by this indirect education. It’s not scalable by books we read, movies we watch, or other media based experiences. Our scope grows only with experiences.
My mother didn’t remember or even know her birth parents until 2013 (more on that later.) It wasn’t a subject spoken of often, and the memories of discovering that my mother was born and raised in England are fuzzy at best today. But I clearly remember my pride in the fact that I was considered a “first generation American.” My raising was peppered with “ta” and “cheerio,” and other various British slangs (meaning “thanks” and “goodbye” respectfully) as well as memories of dessert trifles and mom’s insistence on drinking Earl Grey. It distinguished me from other kids in the small town of Ozark, Arkansas. Growing up, that British heritage is something I held onto fiercely. A Union Jack adorned the walls of my teenage bedroom.
I attribute that strong tie to my heritage, along with a natural curiosity, for my yearning to travel. My family must have known this innately because the Christmas of my senior year of high school, I received book after book related to backpacking Europe. In 2004 this seemed complicated, dangerous, and outside my reach. It wasn’t until my first trip to Great Britain in 2014, as I rested on a public bench in the Peterborough, England, train station analyzing the departures and arrivals, that the idea of backpacking for a month in Europe felt doable. But with so much on my immediate horizon, I put that idea on the back burner.
Spring of 2013, nearly a year into my full-time career at Arkansas Tech, my mother called with exciting news. She’d found her birth mother online and we would get to meet on her first visit to America later that same year. The next year, my mother and I (a first for me and her first since departing from England) made a week long journey to England and some touchstones of my mother’s adolescence. That week-long taste of life outside America tapped into my hunger for knowledge of the Old World, the land of my ancestors. During a train ride into London with my mother and grandmother, I looked both square in the eyes and announced that I was going to backpack through Europe. “And I’m going to do it by the time I’m 30,” I added.
Fast forward two years and my mother has made contact with her father, affectionately known to me now as “Grandad.” Grandad Graham and I are cut from the same cloth: always elevating common situations into laughter, hungry for knowledge, and possessing a zest for life. He spent a considerable amount of time charting his Graham heritage (my heritage, too) to 17th century Scotland and the family’s involvement with the Jacobite uprisings. He encouraged my travelling abroad and offered an open invitation for me into the “family home” nestled in the countryside of England.
I turned 30 in August of 2016. Saving and planning for a month long trip through Scotland, England, Italy and Spain began that same month. Highlights planned for the trip was the discovery of familial ties in Edinburgh and the Highlands of Scotland, the foods and history of Italy, the artistic flair of Barcelona, Spain, and the appreciation of my immediate family in England.

The city of Edinburgh is comparable to the city of Austin, Texas: high energy, cool festivals and neat pockets of macabre. But Edinburgh Castle is a mostly unassuming fortress. In contrast, its rich contents are a must-do exploration for anyone with family ties to Scotland. I lost my breath when scanning the stained glass in The Great Hall and my eyes landed on the Marquis of Montrose crest. The Graham line is split — one of Montrose and one of Menteith — and this inscription was dedicated to one of the most famous of my ancestors from the early 1600s. The knowledge that my family made a mark worthy to be aligned with the crests of John Knox, the founder of the Presbyterian church, and other notable Scots was humbling. A direct train ride 3 hours from Edinburgh placed us in Inverness, the gateway to the mountainous geography known as the Highlands. Comparable to the Pacific Northwest region of the United States, Inverness couldn’t be more opposite of Edinburgh. With a population of less than 50,000 people, there’s a blissful solitude to the city, and the people you do come into contact with are as sweet as signature notes in Highland whiskys. In a day’s drive, we were able to experience the highlights of the Isle of Skye, which is one of the most beautiful and mysterious places I’ve ever photographed.
———
While Scotland made me want to scan over pages of ancestry notes, Italy (most notably Florence) tapped into my deep appreciation for Renaissance history and fresh foods. Walking through Vatican museums one day then the Coliseum/Forum the next expanded my ideas of religious strife and the caste system. Florence was the highlight of Italy. To stroll through, touch, photograph, pray and meditate within the most famous basilicas in the world of art history still feels surreal to this day. The visual delights of Florence are matched if not overshadowed by fresh offerings of the markets within the city centre. I’d highly recommend any daypacker make an entire meal out of a bag of olives and slices of fresh prosciutto.
Perhaps one of the happiest accidents of this trip was my time in Barcelona. My choosing to stop over in Spain wasn’t based on any connections to heritage but truly expanded my artistic identity. Though I’m a photographer by trade, architecture has been a consistent point of admiration and study for me as an artist. The architecture of Barcelona is, hands down, some of the most risk taking in approach that I’ve ever experienced. One particular architect, Barcelona homeboy Antonio Gaudi, has put Barcelona on the map with his distinctive style. The crown jewel of this architecture is the nearly finished Sagrada Familia. Once this structure is finished it will possess the title of largest Roman Catholic Church in the world. It encompasses a mix of Gaudi’s personal modern style with nods to pure Gothic styling. And it’s the first religious structure that ever brought me to tears. Most of the interior is completely white. Natural light is the primary source of color and paints the interior through brilliant stained glass. Your color experience depends on the sun’s angle.
Last, but most definitely not least, was the quiet and thoughtful week spent in the variety of cities peppered an hour west of London with Grandad. Experiencing him touring the “HMS Victory,” the ship that his great-great-grandfather served on, was thought provoking and smile inducing. Long walks through the countryside taught me about England’s “right to roam” laws and produced those scenes that most Americans only see in classic films or visualize when reading British literature.
This trip wouldn’t have been possible without careful planning, and in the age of the internet an adventure like this is truly within anyone’s reach. Studying up on Italian and Spanish, utilizing Airbnb, and downloading city maps to my phone made the trip more enjoyable. If country hopping is of interest, there’s no need to “master” the language of all the countries you’re visiting. Through weekly sessions with a language app, you can learn just enough to be respectful. One of the quickest and most successful lessons I picked up in Spain was greeting someone in Spanish, asking if they spoke English then continuing the conversation in my native tongue. While Airbnb is still slow to take off in our part of the southern United States, its part of life in most of Europe. Though you might be wary at first, this service is safe, secure and very user friendly. The true perk, however, is the ability to stay in the heart of major cities economically. My smartphone was used like the swiss army knife of technology that it is. I downloaded a new favorite maps app that allows navigation without the use of data. This saved a lot of confusion in Italy and Spain where no street signs were in English.
But a minimalist approach was what really made the trip and the experience wouldn’t have been the same if I hadn’t limited myself to a backpack. Backpacking made me feel as though I had no worries. Everything I could or would need was with me all the time. I packed a week’s worth of primarily solid colors that could be mixed and matched together easily and limited myself to two pairs of lightweight shoes that went with everything.
June of 2017 marked a month-long experience that has truly scaled my scope far beyond my imagination, especially in terms of my heritage and personal identity.