It’s what you do that defines you 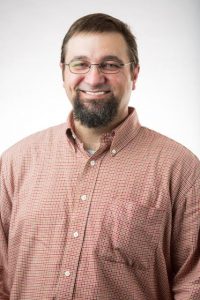 As a kid, comic book heroes intrigued me for various reasons. Of course incredible physical abilities were part of the appeal. But the biggest attraction was the alter egos, the dual personalities, the ability to shift between two completely different people at will or sometimes when triggered by outside influences. Comic book characters could live both a mild-mannered “normal” existence and also an existence that pushed the bounds of reality to perform acts that were, well, heroic.
I had two favorite comic book heroes, and in hero mode both filled gaps in my “normal” mild-mannered and rather meek personality. I liked Spiderman because he was fluidly athletic and a first-rate smart aleck. I loved the Incredible Hulk because unlike my usual conflict resolution methods of backing down or talking my way out of it, Hulk had just one strategy — smash. So many times I wished I had the mental and physical strength to just smash. Of course, that’s not really a conflict resolution, and smashing doesn’t fix a problem or right a wrong. But it sure would have simplified some things.
As an adult, I’ve crafted an alter ego as a writer. I’m still still not much of a smart aleck or comedian. In truth, I’m just a slow wit. My thinking style is cud chewer; I need to ruminate for a while. But I can be funny when I write because I can take a week to write and rewrite and rewrite again until it’s just right. I outgrew the meekness — I’m not afraid to speak my mind in person, and sometimes to a fault. But when I’m the writer, I’m afforded the time to think more deeply, to make bold statements with a confidence I just don’t have in person.
You don’t have to be a writer or some performance artist to be someone else when you need to or even when you want to. Alter egos are certainly en vogue right now, just scroll through Instagram, Facebook, or Twitter and note the varied ways folks use the social media platform to craft another version of themselves for the public. Sometimes it’s subtle and sometimes it’s shocking. Sometimes it’s for selfish motives and sometimes it’s in service to a greater good.
I often wonder who I really am — the “normal” guy or the writer, the mild-mannered husband and dad or the hero behind a keyboard trying to do his part to save the world one syllable at a time. And then I remember the words of my third favorite superhero: It’s not who you are underneath; it’s what you do that defines you.