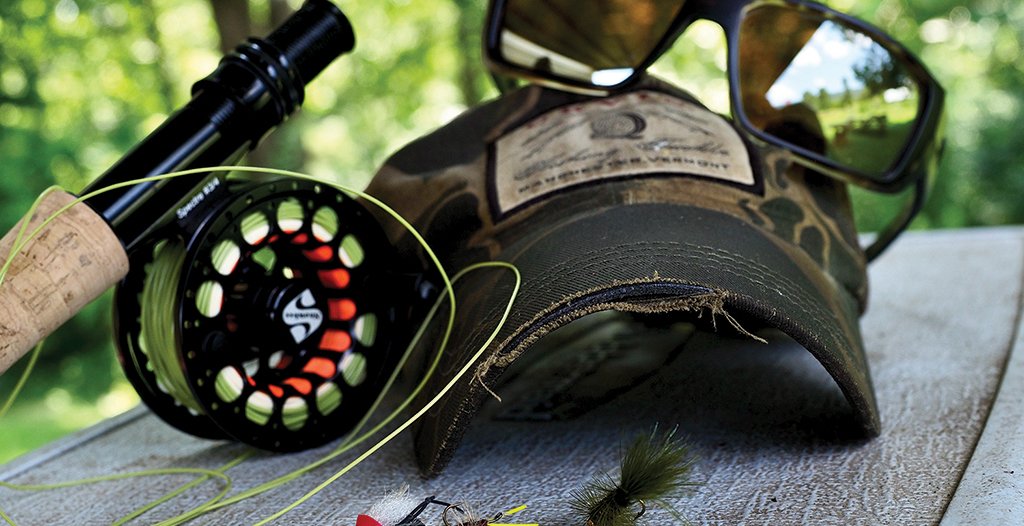 The term “redneck” has a dubious history. It’s a label that’s been applied to me more than a few times. While I’ve always been honored by the designation, I’m not a full-fledged redneck.

Sure, I’ve patched more than a few things together with baling wire and duct tape. I’ve owned some beater trucks, still own several guns, eat a lot of squirrel, live on a dirt road, have a camo ball cap near permanently affixed to my noggin, rarely shave, swig on moonshine, and used to have a loose-leaf tobacco habit.

But my resume pales in comparison to those I know among the elite of cracker culture. For starters, I lack the total self-confidence that can handle any situation. Confidence is the defining characteristic of a redneck. The men I know who truly wear the badge can kill any animal they set their mind to hunt, catch any fish they want, and fix any piece of machinery from a Weedeater to a Massey Ferguson tractor (real rednecks don’t drive John Deeres).

Aesthetics aren’t often part of their skill set, though. It’s mostly about results. As for me, how I do something is more important than the end product. This is why on a recent trip out west I toted a fly rod in anticipation of slipping in close to wary fish and enticing them with creations of foam and hair instead of carrying a spinning rod, pocketful of split shot, and a can of worms.

But as a product of the culture that cultivated the breed, I speak fluent redneck. It often flows from my mouth drenched in a Southern drawl even when I don’t want it to. Given my usual appearance and speech patterns, I’m rarely mistaken for a cosmopolitan dandy. But I very nearly was in — of all places — Idaho.

I was in Idaho to chase stories and fish. And on my second day in the state, I was about to wet a line in the first classic western field creek I’d ever laid eyes on. The waters wound through a pasture in serpentine loops lined with willows and tall grass that waved gently in a high-desert breeze. Each curled section of creek featured clear riffles and hip-deep green pools where, I was told, thick cutthroat trout lay in wait for hapless meaty terrestrials — grasshoppers, crickets, beetles — to float by.

After rigging up our fly rods, slipping on our wading shoes, shouldering sling packs, and donning polarized sunglasses, my two buddies and I carefully picked our steps to the water with eyeballs peeled for rattlesnakes lounging in the shade of sagebrush.

Two hours later, I’d caught more than half a dozen trout and watched at least that many rise to inspect my offering. But two hours with only young willows offering scanty shade had broiled the back of my neck. If ever in my life I was literally a redneck, it was now.

Luckily, I found a few shadowy holes of water where the willows grew tall and the trout were eager before finally climbing out of the creek. I had to hike a short way through the sage and scrub to the dirt road that would lead us back to the trucks. And it was there, on that lonely dirt road in the wilds of Idaho, where my cultural designation as a redneck (sort of) came in handy.

As the barbwire fence came into view, a gruff yet feminine voice called out: “Hell, you look like my future son-in-law.”

The words came from a sun-ripened, middle-aged woman in a ball cap. She stood beside one of those mini-monster truck side-by-side off-road rigs tricked out with a lift kit and knobby mud tires.

A younger woman — who I assumed to be the lass whose soon-to-be-betrothed I resembled — stood next to her in a straw cowboy hat. Two men, one bearded and round of about my age and one bearded and tall about two decades younger, leaned against the vehicle’s tailgate.

The younger man sported a pair of .45 caliber 1911 pistols, one on each hip, handles out so he could draw cross-armed, I imagine. A Rambo knife sheathed in a scabbard (far too large for a sheath) rode just behind one of the pistols. He might have been the future son-in-law that I looked like. I didn’t see the resemblance, but thought it best to lead off with a compliment.

“Then I’m gonna say that your soon-to-be son-in-law is a helluva looker,” I replied. Her guffaw, rasped by a likely five-decade unfiltered habit, echoed off the dry hills.

I laughed alongside her and then the quartet enquired about my luck with the trout just as my partner clambered up to the road. I told them we caught a few and that we were here with another friend who was sort of serving as our guide. “You’ve got a guide?” The young man asked with a raised eyebrow as he took a sip of cheap beer.

There we were, a couple of dudes packing fly rods, adorned in Patagonia gear and high-dollar sunglasses. And now these four locals smelled our naiveté in all things outdoors. We were some of those posers come out west, owning all the fancy hipster gear and zero game.

But hearing my native tongue — albeit in a slightly different dialect — I instinctively slipped into redneck autopilot. I joked about greenhorns who needed guides to catch fish. I told the gunslinger about my own guns back home in Arkansas. We talked of beer and how that side-by-side could probably climb a tree. I asked what it must be like to live out here in the wild west and wondered aloud about how many city-folk got turned around in the boonies of Idaho.

“Aw, it don’t happen as much as you’d think, but it’s best to be prepared,” the pistoleer said. “You don’t always run into nice people like us,” and tapped his pistols.

Then he nodded, smiled, and offered us a brew. We popped the tops, took a swig, bid our goodbyes and headed east toward the rigs.

I’d never before thanked Jesus for my rural upbringing, and I’d never thanked Jesus for beer. But on that dusty walk, with ice-cold suds bubbling down my parched throat, I thanked Him for both. And I learned something, too. When interacting with those who live where you play, it’s always a good idea to speak their language if you can.