Time for Junior to Get a Job 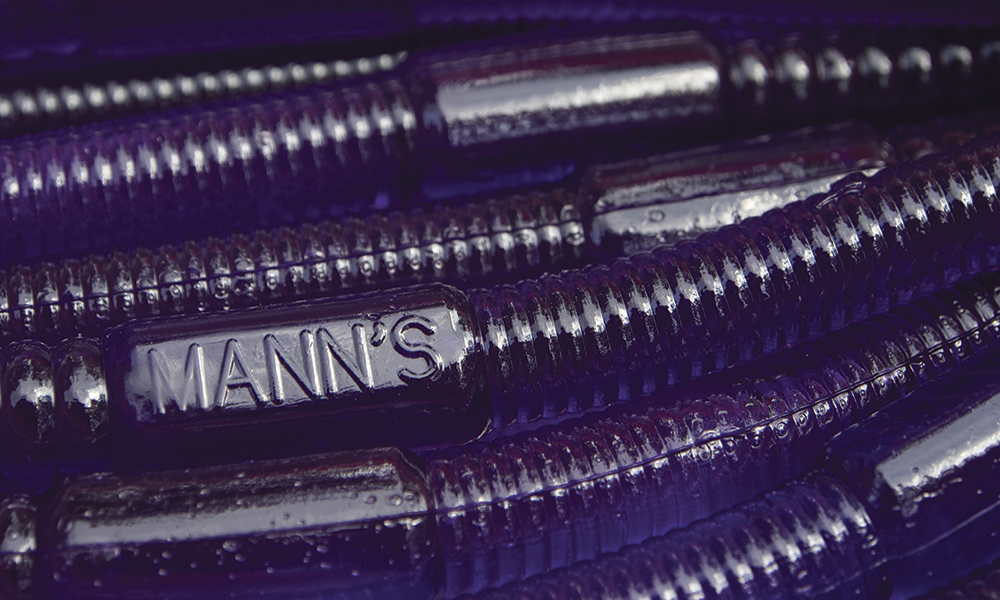 OLYMPUS DIGITAL CAMERA
I’m a Pisces — born under the sign of the fishes. I won’t go far into the backstory of my childhood fishing obsession here, but I’m positive the Zodiac had something to do with it. Everyone in the family says I could cast a rod and reel before I could walk and it got worse from there. John Willis Payton, my grandpa known to me as Poppy, was probably the person to blame. He was a fishing fanatic, too, and made sure I always had a supply of hooks, bobbers and artificial lures. So it wasn’t just a love of fishing passed down to me from Poppy. It was also a love of fishing tackle.
I could look at tackle for hours. The Bass Pro Shops catalog was nightly reading as a kid. I loved looking at pictures of rods and reels, crankbaits, spinnerbaits, jigs, topwater and plastic worms. I loved reading a description of their actions and colors: “Mann’s Jelly worm. The perfect balance of durability and natural action with fruit flavoring. Available in colors (01) blackberry (02) black grape (03) grape (04) blueberry (05) scuppernong…” I really loved reading and saying the word “scuppernong.”
Mom and Dad supported my habit for several years, but the end drew nigh on the day I learned about B.A.S.S. If you’ve never heard of B.A.S.S. I’m going to have a hard time believing you’re from the South. B.A.S.S. is an acronym for Bass Anglers Sportsman’s Society and is the preeminent organization for tournament bass anglers. Living anywhere in the South, but in particular the River Valley of Arkansas, means that you will have been exposed to tournament bass fishing on a regular basis from an early age. It’s just part of the scene and as inevitable as chigger bites in a cow pasture. I joined B.A.S.S. at the age of ten and my lust for fishing and fishing tackle hit fourth gear with a steady climb in RPM on the way to overdrive, which was achieved when I joined the Lucky Landing Bass Club a few months after my fourteenth birthday.
After reading about and seeing pictures of the pros with bundles of rod and reel combos along with stacks of tackle boxes, I could now ride in the boat with and touch bundles of rod and reel combos and stacks of tackle boxes belonging to real tournament fishermen. It was revelation. My two Ambassadors attached to Berkley Lightning Rods were fine and dandy, but I needed more rods and reels in the rotation. I needed at least two of my favorite shades of Bomber Model “A”s and another tackle box to hold them, and lord knows I needed at least one dedicated plastic worm box. I approached Mom and Dad with the list of necessities. It did not go as planned. They said food and shelter were part of their parental duties. Clothing and school supplies would absolutely be covered. But more fishing tackle… Time for Junior to find a job.
So I did, or rather, they found one for me. One of the perks (and curses) of growing up in a tiny town is that everyone knows everyone. This was back when people actually knew their neighbors through social interaction as opposed to social media. Mom heard through the grapevine that Frank Griffin Oil needed summertime help with pretty much anything Steve Griffin, owners Carol and Judy Griffin’s son, didn’t want to do anymore. Steve was about ten years older than me and, as luck would have it, also a bass fishing maniac plus he owned a truck and bass boat.
The job consisted of riding my bicycle to Atkins Mountain View 66 first thing in the morning and bagging ice until Steve came by to help haul it to the Griffins’ other station in town. Steve’s arrival was always the highlight of the morning because it meant a solid fifteen minutes of talking bass and even planning an after work fishing trip with Steve while we loaded and delivered ice. Then it was on to mowing or, my least favorite part of the job, hosing and sweeping the parking lot. I don’t think I ever cleaned the concrete to the Griffin’s full approval but, God love ‘em, they understood the shortcomings of a fourteen year-old-boy. Perhaps because they had dealt with two of their own.
Overall, the job wasn’t bad. Other than every morning at the ice machine, there was a lot of variety. Mowing, sweeping, helping Steve haul supplies, and because I bragged about my tractor driving experience (of which in reality there was none) they let me mow with their tractor a few times before I eventually broke the front axle in a pot hole. Accidents happen.
Yes, the job was fun, but the payoff…oh my. My rod and reel arsenal grew to six with specialized tools like flipping, cranking, topwater and worm combos rounding out the collection. By end of summer I had three tackle boxes — including a worm box — bulging with tackle. And I had bags and bags of plastic worms in every color and shape my heart desired.
I’ll bet there’s a pack of black grape Jelly Worms somewhere in my tackle box right now, and maybe some scuppernong, too.  A happy reminder of that first summer job so many summers ago.
Facebook - Click to Share!
← Prev. Summertime Jobs Next: A Creative in Us All →