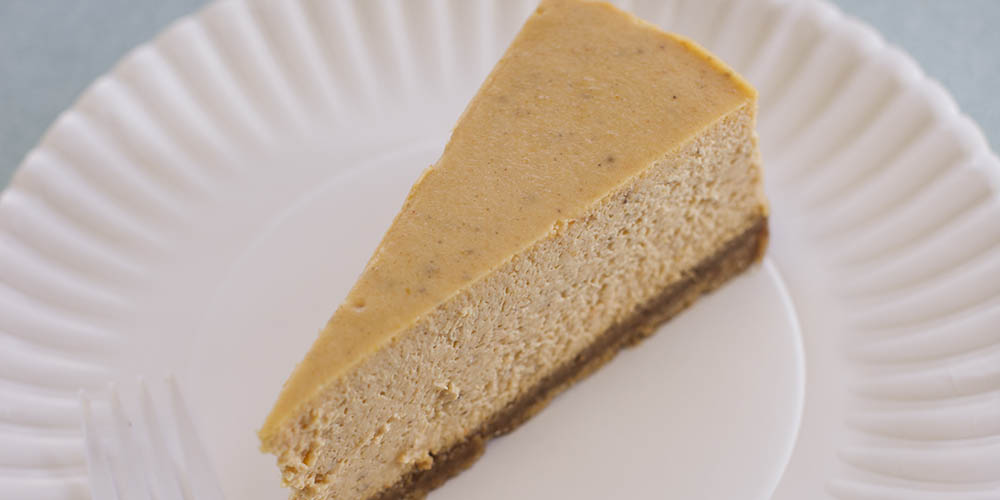 When you think of cheesecake and its origins, you likely think of New York. But think back a bit further, about 4,000 years to be exact. And then move east, across the Atlantic to the Greek Island of Samos. Some historians believe the creamy and decadent dessert was born here, crafted with simple ingredients of wheat, flour, cheese and honey, placed in a wood-fire oven, emerging golden and delicious, and then served chilled.
But it doesn’t really matter where cheesecake started. What matters is that the slice in front of you is an exquisite representation of all cheesecakes. And cheesecakes are only as good as their ingredients and the baker preparing them. The River Valley is home to a cheesecake artisan and some delectable cheesecakes that pay homage to the ancient art of cheesecake baking — quality ingredients and the master’s touch honed through years of trial and error in quest of the quintessential cheesecake. It’s in a humble little food truck, home to Al’s Gourmet Cheesecakes.
Gourmet is sometimes an overused word, but not when it come’s to Al’s creations. In celebration of autumn, I had the pumpkin cheesecake. In a world of fall-pumpkin-flavored overkill, Al’s pumpkin cheesecake was a refreshing reminder that pumpkin flavor can be done right. Creamy yet firm texture, delightful sweet pumpkin taste with a contrasting hint of sour chased by buttery graham cracker crust. Gourmet indeed. 