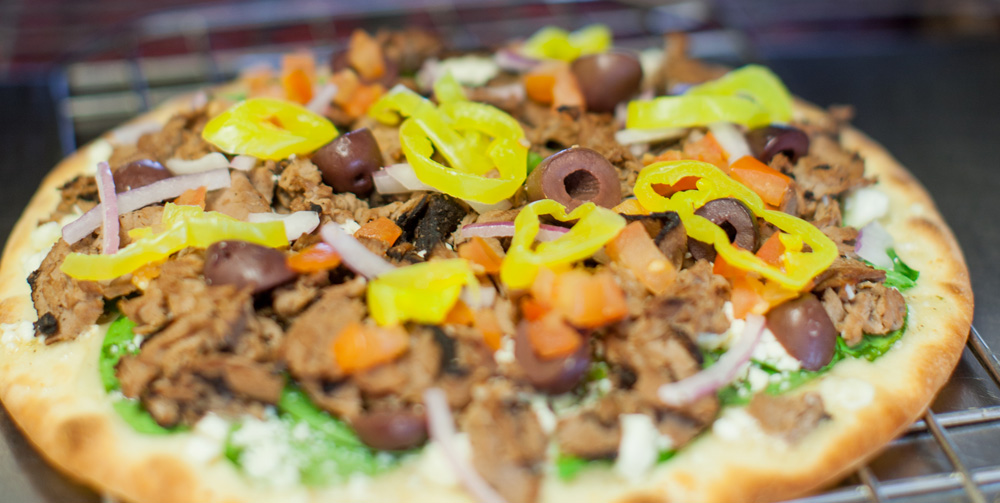 “Artisan” is a hackneyed label nowadays. It’s been abused as hipster bait. It’s been slapped on everything from ice (yep, there is such a thing) and candles to beard wax and axes. But we can’t let the masses and clever marketing dilute such powerful verbiage. “Artisan” denotes a touch of soul to the process.
You don’t often find artisan products within the confines of a franchise. It’s a model based on the general public’s strong predilection for familiarity. That’s not a bad thing. You’re reasonably certain about what you’re going to get, and what you get here can also be found there. It’s comfortable.
But what happens when franchise owners go rogue?
Suddenly, all preconceptions about where to find delectable, interesting, and yes, artisan meals require deeper examination. And then the epiphany: Artisan quality food is not an effort found only in specific locations. It’s a calling of the spirit, and it can manifest itself any place the spirit abides.
We found the spirit at Quiznos in the Russellville City Mall. And we found it in an artisan pizza that truly respects the modifier within its name.
Our top choice is the Greek. It’s steak and kalamata olives and onions and tomatoes and banana peppers and spinach and greek dressing. And glorious feta cheese. Did I mention the feta cheese? Everything works in toasty concert on a perfect crust, and it’s all because of thoughtful and deliberate planning, the result of an effort to produce something beautiful and delicious. It stands in contrast to the banality of so many foods prepared for the less discriminating diner.
It’s a purely artisan creation.