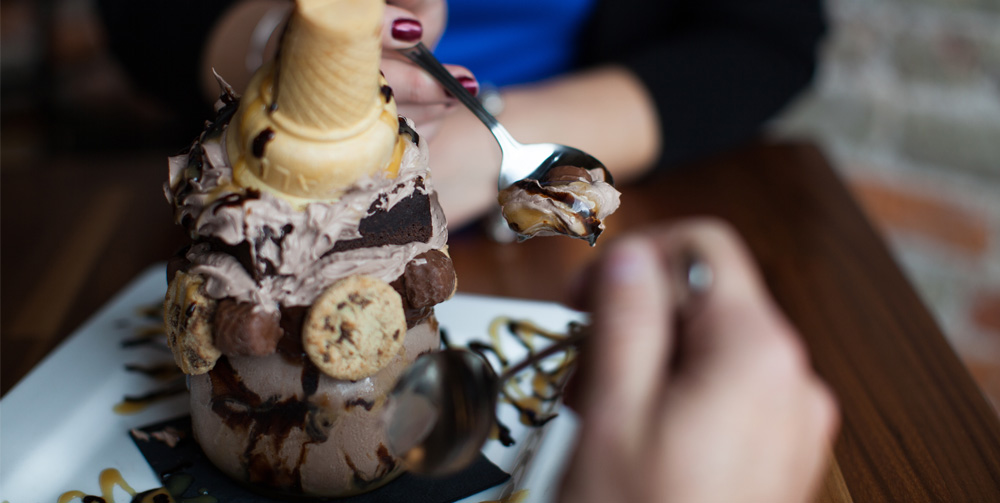 Chocolate is derived from cacao seeds. It was first enjoyed nearly 2,000 years ago by the Mayans. The Aztecs believed that the blessed cacao seeds were a divine gift from their god of wisdom, the feathered serpent Quetzalcoatl. It wasn’t until centuries later that chocolate became a sensual symbol of one of our basic instincts, an instinct that often leads to abandonment of all wisdom.
Abandonment of wisdom could be an argument for the creation of professional American football — grown men paid to knock the slobber out of each other in order to move a ball that’s not even shaped like a ball up and down what could be perfectly good pasture. But here we are with the NFL’s championship game as an unofficial national holiday.
Quetzalcoatl weeps.
And February is the month in which these two decadent and purely American originals gain center stage. Lucky for River Valley folks that we can combine them symbolically and literally at The Old Bank Sports Grill in downtown Russellville. The dessert that serves it all up — the chocolate blitz.
A true bull rush of cacao, it’s chocolate soft serve ice cream, chocolate whipped topping, mini chocolate chip cookies, mini Twix bars and brownies topped with a cone and drizzled with chocolate syrup. Also, a little caramel syrup just to keep you on your toes.
It’s a dessert that can be enjoyed during a romantic one-on-one evening or in the company of so many yelling, cheering, cussing football fans with big screens flashing the latest big play. 