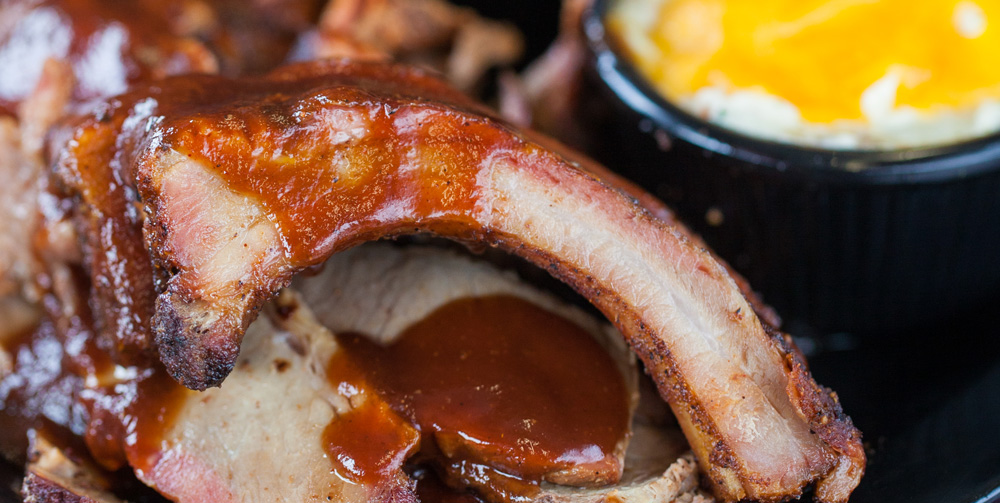 My diet turns decidedly more carnivorous as summer fades into autumn. Omnivorous through spring and summer, when the first cool breezes blow through the River Valley my tastebuds turn. The fruits and veggies that satiated through the heat just won’t cut it anymore. This is likely some vestigial urge from a time when we needed protein in its purest form along with a healthy dose of fat to make though a winter. I still need protein in its purest form and a healthy dose of fat to fortify for the cold, though, it’s mostly to satisfy my spirit nowadays.
And what’s the best way to prepare meat of any kind? Barbecue, of course. It’s incredibly primal. Sauced up with a spicy, tangy blend of seasonings that perfectly accent the fire-tinged flavors of the smoke, barbecued meat hearkens back to the genesis of cooking. Also, it’s delicious.
You can best satisfy your carnivorous urges right in the middle of Russellville at Old Post BBQ. We had the combo, which is one pound of meat — ONE POUND OF MEAT — of your choosing along with a couple of sides. Pour on some sauce, which takes a little from Memphis and Texas style barbecue, and chow down.
Then, find a nice quiet place in some September shade and nap it off like any good carnivore would do. 