The magic is in the balance 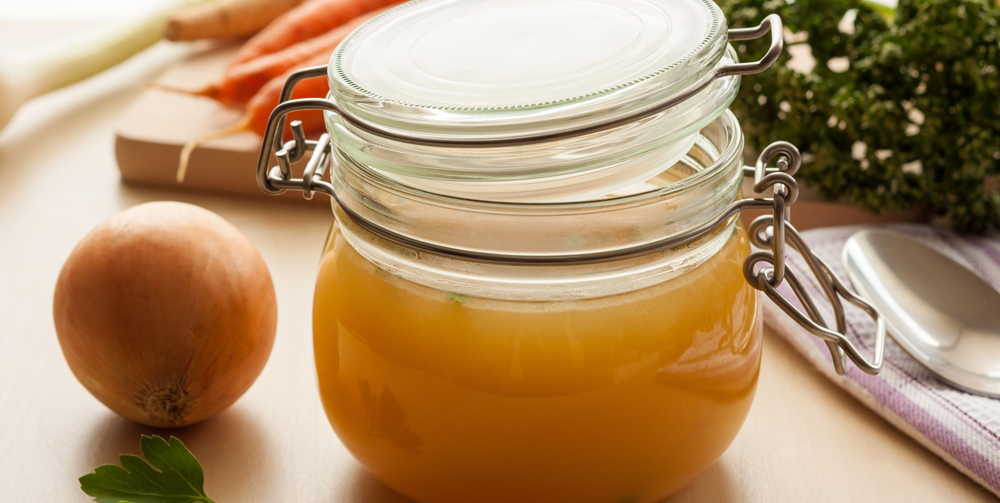 I’ve made a lot of mistakes making bone broth. It’s a pretty simple process, really, but like all simple processes the magic is in that balance between nuance and precision. Sometimes my process is unbalanced.
If you aren’t familiar with making bone both, let me back up and tell you what it is. Basically, it’s the broth made from what’s left over from a carcass. You can use beef, lamb, pork, or chicken bones. It’s basically the same thing as stock, though, some people prepare the two a little differently. In bone broth you typically roast the bones to draw out the flavor, simmer them for over 24 hours to extract all that collagen and nutrients from little shells, add some onion, salt pepper, and perhaps a carrot or celery, and then remove the bones, extract the chunky bits, and boom — you have broth. Some people swear by adding bits of vinegar, especially after roasting the bones. Some people leave meaty bits in the liquid which adds to the congealing texture. Other prefer less meaty bits. It’s up to you.
The process has gained in popularity these days and is a staple in paleo diets. There are long and fancy blog posts about its virtues. It is also just an old granny skill that reduces kitchen waste and extends the budget.
So back to the mistakes I’ve made. Let me give you some examples. To get the right texture, you need to boil the bones and leftover meaty bits v-e-r-y slowly. If you boil them too rapidly the fat breaks down too fast and makes the broth cloudy and white. You can still use it, but it somehow lacks the depth of flavor and looks pretty gross in a jar. Roaring boils sound fun, but in this situation the high heat doesn’t make a nice broth.
Another mistake I’ve made is roasting the bones a little too much. I made that mistake over Christmas. I had cooked a whole chicken for my husband who had the flu. It was one of those free-range birds, and I’d paid a good price for it. It was delicious and we used every part of the meat. I was excited about using the neck, and fatty pieces, and bones. But I was distracted and I overcooked the bones when roasting. I didn’t really realize just how much I had burned them until I took the broth out of the crockpot on the second day. I spooned out a steaming cup only discover that it tasted like drinking the black crumbs off the bottom of a toaster oven.
It’s heartbreaking to throw out all that work and that money. A free range bird isn’t cheap. And making bone broth is pretty much the only way I can justify the expense. Though the actual process doesn’t really involve much labor, once you put the broth on to cook you basically just leave it, it still feels like work given that it takes over 24 hours.
But truth be told, my favorite part of the process isn’t the lovely, magical, nutrient-rich product. It’s the process. I enjoy putting on gloves and taking apart every bit of the bird, knowing nothing is wasted. I’m clearly no vegetarian, but I have been in the past, and I feel strongly about eating with purpose and respect. Using every bit of that bird honors life and connection between species in a way that throwing the carcass in the trash never could. My favorite part is watching the bones roll and tumble slowly in the water. They rise to the surface and then fall back under, and the whole house is filled with this warmth that is hard to name.
I was writing to a friend the other day, and I was trying to explain the kind of writing I wanted to do. I was trying to find words to express how I want to dig into history and region and culture and place and explore what it means to build a world for the coming generations where we know the past so well that we make clear decisions about what parts to bring into the future and what parts replicate our deepest hurts. I realized that I want my writing to be like a big vat of bone broth — every part used, the remains stewing, rolling, blending, filling up the whole house. Bone broth is supposed to be healing. But first, it’s about coming face to face with bones.
Granted, I’m not quite sure how to do that kind of writing yet, and it seems like a rather lofty goal, probably a bit over the top, and perhaps you think I’ve gone off the deep end. But that’s ok. I’ll find the balance eventually. But first, I have some mistakes to make.