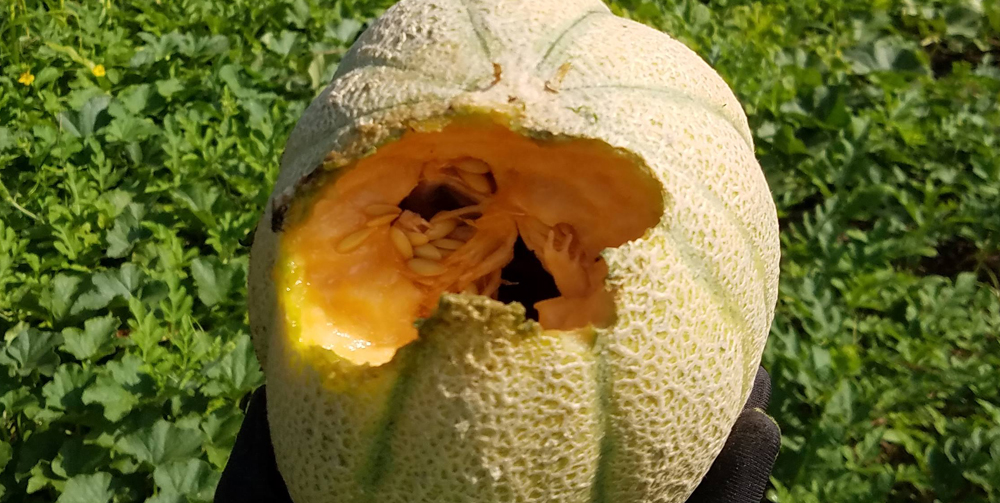 “Mom! I saw a rabbit in the garden!”
That’s not possible, I thought. Even though at age 10 my son could recognize a rabbit, I just knew his eyes had betrayed him.
After losing every single bean sprout my second year of gardening, my husband built an electric fence to keep the deer and rabbits out. For three full seasons, nothing touched the ever-expanding vegetables and fruit inside those protective wires.
My son must have been mistaken.
Then one perfect April day, I walked out to check on my newly-planted bean sprouts and my hand shot to my mouth. My son was right. And now my beans were gone. Again.
Taking his recollection seriously this time, I asked my son to describe the rabbit in question. I interrogated him like a witness to a crime, and he detailed how the intruder jumped through the two lower wires of the electric fence.
I groaned. Apparently we were dealing with not just any rabbit. These ninja bunnies had figured out they could leap through the ungrounded electric fence wires unscathed. And thus, my garden, once again, became their salad bar.
The events of the next two seasons have played out not unlike The Tales of Peter Rabbit. Except instead of feeling compassion for cute Peter and his siblings like I did as a child, heat rises to my face and I’m Mr. McGregor.
But instead of adding scarecrows, we started with more contemporary approaches.
My husband added another electric wire to the fence. But the bunnies sucked their tummies in a bit more.
My husband built chicken tunnels as a barrier. But the bunnies learned how to squeeze through the openings.
Thankfully this season’s harvest has been a plentiful one, and the rabbits didn’t figure out how to breach the chicken tunnels until most of the garden had fully grown. Still, I’ve had to share my cantaloupes, black-eyed peas, and broccoli starts with Peter and his friends.
If you ask long-time gardeners how to keep rabbits out of the garden, you’ll hear a variety of solutions. Simple remedies like playing a radio all night, positioning fake predators in the garden, hanging a bag of Irish Spring soap, or sprinkling cayenne pepper  or talcum powder on the plants may work for a period of time but perhaps not in the long term (or after the rain washes the pepper away).
Solutions like applying liquid fence or sprinkling blood meal around the garden’s perimeter might prove effective for small gardens, but aren’t realistic or cost-effective for larger ones.
The obvious answer is to build a physical barrier, but this requires expense and labor. I’ve had gardeners tell me that rabbits have dug tunnels under the fence to get to their garden goodies, so the best solution is to bury a fence six inches deep.
In my case, unless I want to continue living this fairytale, building a fence may be our only option.
Like Mr. McGregor, I will not give up. I will keep trying to protect my garden. These sleuthing ninja bunnies will not beat me.