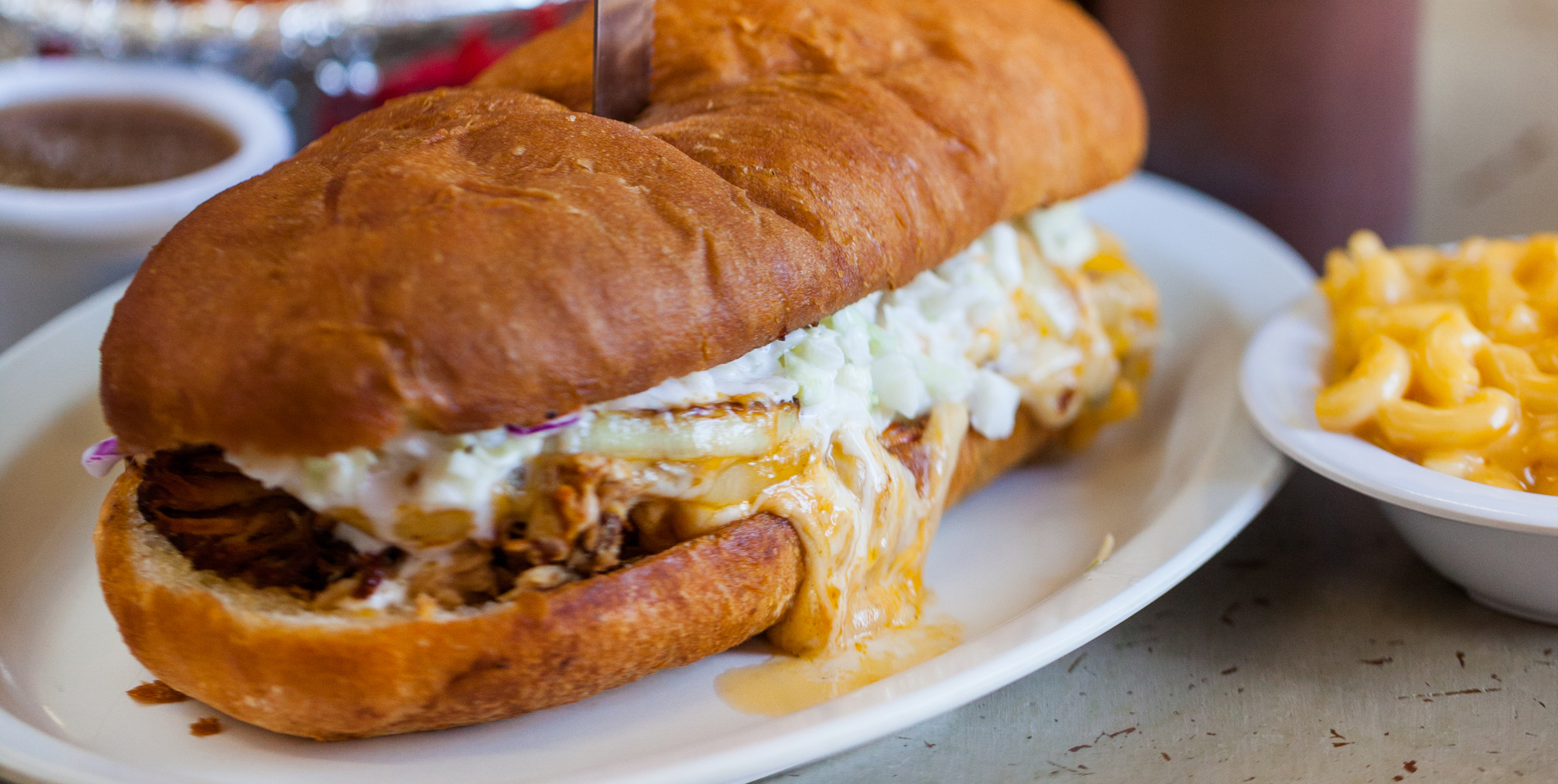 I gauge my barbecue sandwich experience by how many napkins it requires. One napkin is pretty boring. Two napkins is the norm, and there’s nothing wrong with needing just two napkins. It means that, though, the meal was fine, the sandwich was probably too nice and so was I while eating it. Three-napkin sandwiches are borderline bad boys, they’re right at the line, but they never cross it.
Four napkins? Whoa….
Four-napkin barbecue sandwiches are only mentioned in reverent whispers. Those are the legends, the epic sandwiches of dang near mythological juiciness and sauciness. They’re of monstrous proportions, piled high and spilling out of the bread, all over the plate, all over my hands, sometimes all over my lap, and likely smeared all over my face.
Four-napkin barbecue sandwiches make no apologies.
We found one of these delectable beasts in Clarksville at Fat Dawgz Barbecue and Something Sweet. It’s called the monster melt.
Fat Dawgz starts with a made-in-house hoagie roll and stacks on the meat of your choice — pork, chicken or beef. Then it’s layered with coleslaw, grilled onions, and cheese. And it comes to your table with a knife so you can try to pare it down to something manageable.
You know a sandwich means business when it’s served with a knife.
Get a side of sweet potato fries but save room for one of the many delicious homemade desserts. And then ask for more napkins.