Leave it to the pros 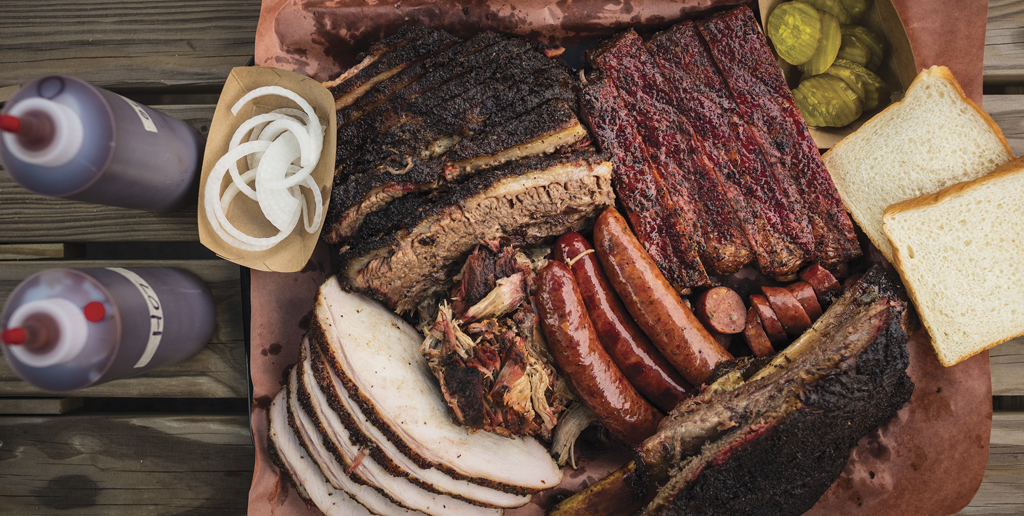 Photo by Liz Chrisman
I thought I was pretty handy on the grill — choosing only the best cuts, marinating, soaking a few hickory sticks and letting them puff up a good white smoke before gently placing meat onto the sizzling grates. And my creations were plenty tasty. The wife and kids said so.
Then we visited Ridgewood Brothers BBQ, and I understood what great barbecue is.
For starters, it’s all about the prep and the wood. Ridgewood Brothers dedicates five to six hours of prep time every week for their meat and house sauces. They’re picky about wood, preferring post oak for their cast iron cooker. Post oak doesn’t burn as hot, letting the select cuts of meat take take their own sweet time over the fire to tenderize and juicify. Also, post oak smoke doesn’t overpower your food, imparting only a subtle smokiness that dances with and enhances the flavors.
These guys started in their backyards just like you and me, but they’ve perfected the craft, and what was once known as “Russellville’s underground barbecue” can’t hide anymore. It’s just too delicious.
Incredible meats, crazy-good sides (I ate two containers of their house recipe coleslaw, and I don’t even like coleslaw), and limited availability mean you need to be there early on a weekend morning — they cook only on every other Saturday and the line starts forming around 10 a.m.
Sure, your grilling might be fine for a Tuesday night. But leave the weekends to the pros at Ridgewood Brothers BBQ.
Facebook - Click to Share!
← Prev. The new next door neighbor Next: From conservation to inspiration →