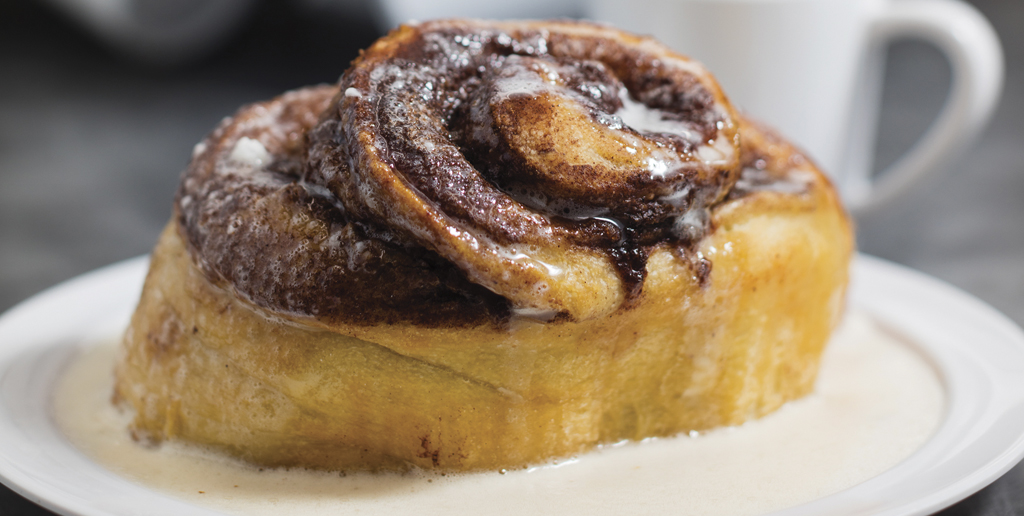 The Russellville City Mall, in the heart of town, has long been a distribution point for ABOUT with several advertisers and a big magazine rack located there. We deliver new issues several times a month. Yet, I’d never sampled food from one of the newest mall tenants — Daily Bread — until this year’s Taste of the Valley.
Daily Bread’s goulash and chicken spaghetti took some honors that night, but those entrees were only a sampling of what this restaurant specializing in home cooking can offer. Sitting beside the winning dishes were cups of pimento cheese and desserts that were simply delectable. But even with all the goodies on hand, the folks from Daily Bread didn’t bring the big guns to TOV, or rather, the big sweets.
And when I say “big,” I mean as big as your face.
Literally.
Daily Bread’s cinnamon roll isn’t just big, though, it tastes exactly how a cinnamon roll should taste. Because size matters, sure, but a heaping helping of bad is just a whole lot of bad.
This cinnamon roll is delicious because it was thoughtfully made from scratch. It’s not too sweet — the bane of most cinnamon rolls — but is instead a beautiful blend of slightly sour dough, frosting, and lots of cinnamon.
The perfect pastry — big as my face and right in my face all this time.