Eat or be eaten 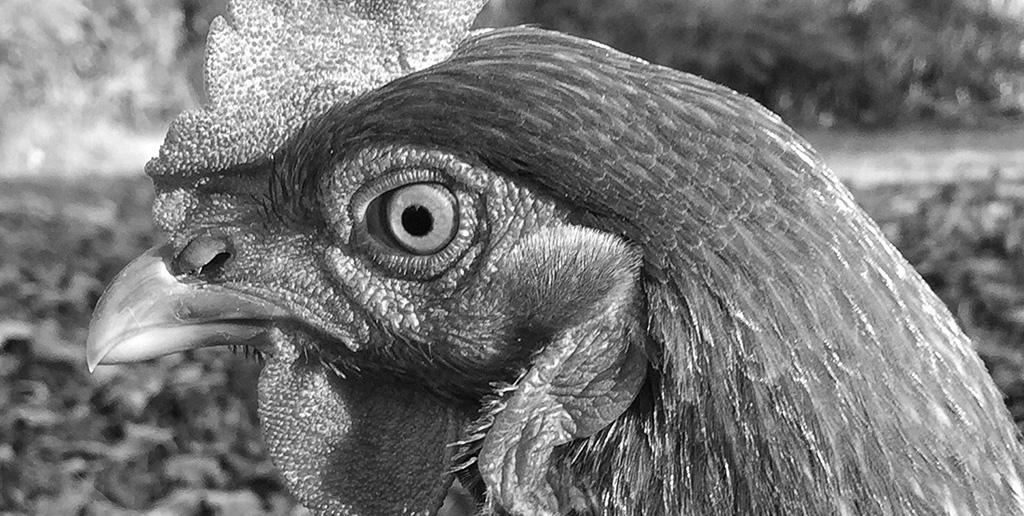 Gut-hooked bass are nearly always dead bass, but this one was just barely gut hooked. Thankfully, I’d pressed the barb down on this #2 wooly bugger fly (actually, it was my own tie with trademark outlandishly big hackles I’d christened the beasty bugger) and it looked like I could slip the point out of that tender lining easily. It was a decent bass, but with my hand in its mouth I couldn’t see what I was doing. It was all by feel. And after feeling the hook, what I felt next was that bass trying to suck me into its gut — trying to to eat me — index finger first.
Reflexively jerking my hand out of the 14-inch spot’s mouth with I’m sure a look of terror on my face, I nearly yelled.
“What the… ?”
I dunked the spotted bass into the creek’s gentle currents while regaining my composure. Because something trying to eat me, not matter how small, is cause for losing composure.
Reaching back into the fish’s mouth with thoughts of Jonah’s fate swishing through my brain, I was careful not to get my fingers into that gullet and with a quick movement the hook was loose. Before setting it free, I looked into the bass’ pupils. It’s eye swiveled onto mine and the blackness locked onto my soul. It was an unnerving experience. But it wasn’t the first time I’d watched the cold fires burn in a minuscule predator’s eye while feeling more than a little unsure about my place in the food chain.
Bullfrogs were probably the first creatures to make me feel edible, so much like potential prey, if only they could figure out where to start. Maybe it was the unblinking lidless eyes. It might have been the impossibly wide mouth. But it was most likely because I’d watched bullfrogs try to eat birds, other bullfrogs and even a small rabbit — literally anything they could fit into their mouth was on the menu. I wasn’t worried about catching bullfrogs, they seemed to know they’re place when I was chasing them. But after the capture, when I held them head high and looked straight on at their primordial faces, I swear I could see the wheels spinning. And it sure felt like the tables could turn.
And now I can add another seemingly benign critter to the list of animals I think would eat me if they could: Chickens.
Our closed-in garage doubles as my office and storage shed with only a thin wall as separation. The storage section holds hunting stuff, fishing stuff, old deer antlers, magazines, and memories stored in plastic tubs, along with sacks of bird seed and chicken feed. With the cooler weather in place and plenty of food available, it’s been no surprise that mice have moved in. I hear them scurry and scrape inside the thin wall, and I see their mess after chewing through the chicken feed sack. So I unenthusiastically decided to set a trap.
I’m not opposed to standard ol’ noggin’-smashin’ mouse traps, but I found a small live trap for not much more. And the genteel nature of it, as opposed to the barbaric violence of a snap trap, was very appealing. But when you catch the mouse, you’ve still got to do something with the mouse, and it’s best to give no quarter when it comes to mice. Though I never checked uniform numbers, I’m fairly certain that any house mouse I’ve treated with mercy in the past has misinterpreted my act of kindness as an invitation to visit again. When I found the little gray being hopping back and forth in the live trap this morning, I knew what I had to do.
So I’m out there as the frigid dawn breaks on our backyard, shaking this poor mouse out of the trap, when our chickens spy the commotion. The oldest hen arrives on the scene in a waddling gallop just as the mouse hits the grass.
I’ve been around chickens my whole life. I’ve watched them eat little snakes, giant centipedes, lizards, and insects of all forms. But I was not prepared for Becky (that’s our oldest hen) to channel a T-Rex in the cold light of morning.
There was no hesitation, and the mouse never had a chance. I’ve watched a few predator/prey interactions, and this was easily one of the most efficient. She grabbed the mouse in her beak and gave it three or four whacks on the frozen ground. The mouse was done and quickly down her gullet. Lots of calories for a cold day. And since the mouse was fattened on chicken feed, it was a savagely poetic death. But mostly it was just savage.
When Becky finished with the mouse, she strolled into the sun-flecked frosty grass next to me and beat her wings three times. She peered high and cocked her head with a tilt that fixed her saurian gaze dead into my eyes. Chickens are descended from dinosaurs, heck, they are dinosaurs. I’ve often wondered if somewhere deep in their hollow bones they feel that old dominance. I’ve wondered if the blood of toothy bipedal ancestors pumping through their plump, feathered bodies enables them to instinctively know this heritage. After this morning’s terrible event, after Becky focused her predator eyes on me — her crop freshly stuffed with another mammal — I have no doubts.
They know it.
So now I put chickens in the same category as bullfrogs and bass. In their eat or be eaten world, when they look into my eyes, I know they’re sizing me up. They’re eyeballin’ me with a subtle predatory malevolence.
And they’re wishing I was smaller.