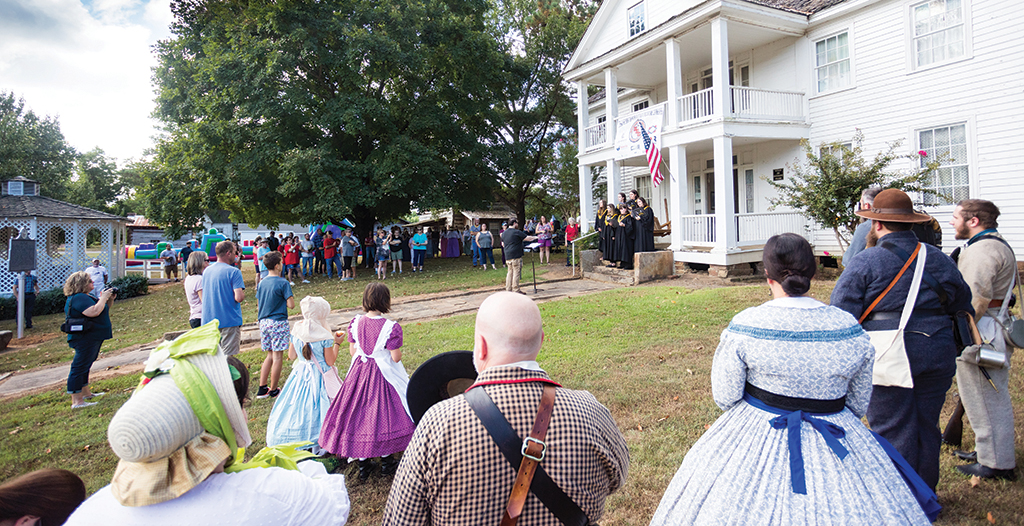 Mail was an early American’s connection to family, friends, businesses, and a necessity for the health of the nation. In those beginning days of the postal service, mail was delivered by friends, merchants, and Native Americans either on foot or horseback. The first post office in the colonies was built in 1633 and postal roads were created in the original colonies even before military routes.

By the early 1800s, stagecoaches, steamboats, and trains in the east were used by the Post Office Department for mail delivery, but as people began moving west, wagon trains, which were slow and often dangerous, carried the mail. Because mail didn’t always make it to its destination, people would often write two copies of their letters and mail them days apart to ensure delivery.

After the1848 gold rush in California, the U.S. Post Office awarded a contract to the Pacific Mail Steamship Company to transport mail to California. And as a quarter of a million people moved to the West Coast, the bogged down and slow mail delivery led to California threatening to secede if a faster mail service wasn’t established.

Congress voted in 1857 to subsidize a mail run from the Mississippi River to San Francisco. A Congressional requirement was that the mail be safely carried and delivered in 25 days or less and that the services begin within a year. John Butterfield was awarded the six-year, $600,000 contract.

Butterfield was a stagecoach owner with a large transportation company in Utica, New York, employing 1,000-2,000 people. As he began to lay out the route to be followed, the trail had to have hard surfaces, gentle grades and passes that wouldn’t become snow-bound in winter. Butterfield began the route just west of St. Louis, Missouri, in the town of Tipton. He then followed a southwestern route through Arkansas, Texas, and Arizona on the way to California. A connecting route to the south ran from Memphis to Fort Smith where it joined the Tipton route. Butterfield routes connected y many known roads including the Trail of Tears. It also crossed the Chisholm and Western cattle trails.

On September 16, 1858, the first stagecoach of Butterfield’s Overland Mail Company left Tipton with John Butterfield on board. Butterfield’s advice to his drivers was: “Remember boys, nothing on God’s earth must stop the mail.”

The first stop in Arkansas was on September 18 at a spring near Rogers at the Callahan Tavern. It then went south to Fayetteville. Here, horses were exchanged for mules for the arduous route through the Boston Mountains toward Fort Smith. It arrived in Fort Smith on September 19, 1858, at 2 a.m. and was met with music, cheering, and cannon fire. The celebration continued until the coach left for California.

The stagecoach route from the south started in Madison, Arkansas, just west of Memphis and traveled in a southwesterly direction toward Little Rock, then north to Conway, before continuing northwest through Russellville, Dardanelle, and Pottsville on to Fort Smith.

Stagecoaches didn’t go all the way to St. Louis and Memphis. Passengers and mail left St. Louis by rail to Tipton where they were transferred to Butterfield stagecoaches. On the southern route, roads in eastern Arkansas were often flooded. Passengers had to take a ferry across the Mississippi River from Memphis then catch a train to Madison just east of Forrest City. From there, a stagecoach took passengers and mail to Fort Smith where the two routes converged before making the rest of the journey to San Francisco.

Even after traveling only 4-5 miles per hour through Northwest Arkansas, the initial Butterfield stage arrived in San Francisco after a total trip of 23 days and 23.5 hours. This was three hours ahead of schedule and a day faster than their contract agreement.

Butterfield’s Overland Mail Company operated from 1858 through 1861 and was the longest stagecoach line in world history with 2,812 miles of travel. Its operation was a major contributing factor in the settlement and development of Arkansas and the American West before the Civil War.

With the beginning of the Civil War, the stage route was moved farther north to avoid crossing enemy lines. After the Civil War, other stage lines and mail carriers moved mail and passengers until the railroad was completed to the west coast in 1869.

Butterfield developed a huge transportation empire with packet boats, steamboats, plank roads, and street railroads. He was a pioneer in the transportation business and aided in developing it from the crude stagecoach to those of fast trains. He also pioneered express shipped parcels that would bear extra charges. It was a huge success, and his business later became American Express.

Pottsville’s role in the Butterfield Overland Mail Trail began in 1858 with the completion of the current Potts Inn Museum, located at 173 E. Ash Street, Pottsville. The Inn’s role was as a stagecoach rest stop for mail and passengers. This was also known as a home stop because at most stations horses were changed and they headed back out to keep the mail going 24 hours a day seven days a week. Here, passengers could stay at the Inn and rest until the next stage came.

This three-story home was owned by Kirkbride and Pameila Potts and their family. Mr. Potts was a farmer and a Post Master. The Potts family lived in the home for three generations. The Inn was bought by Pope County and restored as a museum in the 1970s. The Pope County Historical Foundation (PCHF) now oversees its operation.

Mr. Potts came to Arkansas in 1828 as one of its earliest settlers. He was from the Pennsylvania/New Jersey area and traveled here by covered wagon, accompanied by his father, brother, sister, and two slave families. Potts homesteaded 160 acres of land from the Federal Government and built a two-story log cabin at the foot of Crow Mountain. He married Pameila Logan and they lived in this home for 30 years. They had 11 children, two of which died shortly after birth. Their reputation for hospitality came as they welcomed travelers between Fort Smith and Little Rock by selling them goods for their trips west and supplying clean lodging and meals. The couple accommodated up to 13 guests overnight. In an effort to fund a bigger house and make his fortune, Mr. Potts traveled to California in 1850 to pan for gold… unsuccessfully. But on two later trips, he drove cattle herds to supply food for the miners. These trips were profitable and funded building the current Potts Inn. This home is the only remaining Butterfield station in Arkansas.

Butterfield Days are celebrated annually in Pottsville on the third Saturday in September. Its purpose is to celebrate the history of Pottsville, Potts Inn, and the Butterfield Trail. This year’s celebration included the unveiling of a historic marker with Butterfield Overland Mail information on one side and Potts Inn on the other. Festivities surrounded the Inn beginning in front with carriage rides offered by River Valley Carriage Company. There were Civil War reenactments with the occasional cannon blast provided by Arkansas Confederate Guard. In the gazebo, a basket weaving demonstration was provided by members of PCHF. On the back porch were book signings of both “The Potts Family and the Early Pottsville,” by Margaret Motley and Kara Bowers, and “Butterfield’s Overland Mail Co. Stagecoach Trail Across America 1858-1861,” by Bob Crossman. The sale of both books helps fund the Potts Inn operation.

Behind the Inn, under the ancient bois d’ark tree (Osage orange) the Pope County Library staff from Russellville and Atkins had the bookmobile available and gave demonstrations of corn husk dolls and rag rug making. There was barbecue provided by the Pottsville Masonic Lodge and Mexican food provided by Guerrero’s. For the children, there were two inflated bounce houses provided by Insane Inflatables. A Pottsville Fire Truck and Ambulance were on display. The property’s outbuildings were open for touring and contained many items of historical interest. Several of the buildings were made from wood salvaged from the Potts’ original log cabin home. The wellhouse and smokehouse are original to 1858. The Butterfield Days attendees could enjoy all this activity with a musical background provided by the band Sweet Strings.

Historic buildings in downtown Pottsville were also open and could be visited with tours given by members of the PCHF, and a car and truck show was across the street from the Inn, organized by Carl Kirkley. Inside the Inn, the well-appointed rooms could be toured with members of the Pottsville Junior High history class in period dress. In the hallway with Mr. Pott’s original postal desk, a souvenir postcard with a 2021 Butterfield commemorative stamp was available stamped by the Pottsville Postmaster.

To learn more about Historic Pottsville, Potts Inn Museum, and the Butterfield Overland Stagecoach Trail, you may visit Potts Inn and take a tour Thursday-Saturday from 10 a.m. – 3 p.m. or contact the Museum at (479) 968-8369. Visit their web page at www.pottsinnmuseum.com.

The Butterfield Overland Trail route has been approved by the National Park Service to be a designated national historic trail. The proposal has been sent to Congress for final approval.