Replaced by the Other Woman 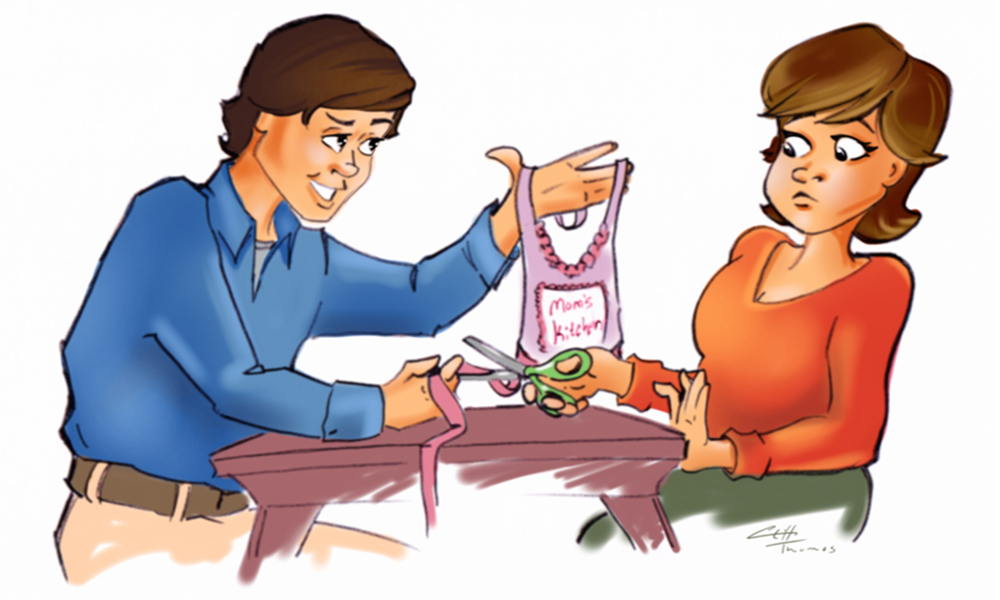 Well it has happened and I knew it would someday, but still there is a slight sting to it:  I have been officially replaced by the “other woman”.
Good thing I like this other woman or this could get really ugly. Good thing she seems to love him as much as I do (probably not, but really close). Good thing I trust her to look out for his welfare because I have put a lot of energy over the years in to making sure he was well taken care of.  I am just telling you, this turning over your little boy (OK, I know 28 is not a little boy, but still) to another woman is bitter-sweet.
Yep, our Adrin has found the woman with whom he wants to spend the rest of his life. You would think this “being replaced” thing would not be this hard. I mean, I have been praying for the woman who would become Adrin’s wife since he was a little boy. But now that it is here… Ouch.
They have been dating for several years and got engaged September of 2014, (wedding in my backyard October 2015! Yeah, I know. More on that later) so this process has been going on for quite a while now. It has been little things like “Khianna likes my hair like this” and “Khianna bought this shirt for me.” Well, the hair style, yeah not too crazy about, but the shirt, seriously, I have been trying to get him to wear things like that for years. Khianna comes along and he is all about it. That’s how it works mommas: The woman who steals their heart is the one they want to please. It is precious and infuriating all at the same time.
The final blow, when I knew I had lost all standing in his life, came on March 6, 2015. Before we get to March 6, 2015, let me back up and provide some details that will help you understand the importance of that day. My dear son Adrin, my amazing first born, hates and I mean despises to be in pain. He just has a low tolerance for any discomfort. About a year and a half ago he broke his little finger and had to have surgery. He was living in Florida at the time and dating Khianna. I was here in Arkansas and knew he could not manage this alone. I was all set to fly down and help nurse him through this event when my sister-in-law, who lives in Florida, offered to be my surrogate. As hard as this was for me, Adrin felt safe with his Aunt Judy and agreed to have her care for him. As good as Aunt Judy and Khianna’s care was at the time, I was still getting constant phone calls from Adrin for advice and comfort in dealing with his pain. Even if my advice was exactly what Aunt Judy and Khianna had already told him, he needed to hear it from me. I am sure this drove Khianna nuts. But hey, the boy still needed his momma for the “big stuff”.
Now back to March 6, 2015. Adrin had been having some other health issues and the doctors that he had been seeing in Little Rock recommended a colonoscopy. I should have clued in when Adrin called to tell me he was going to have the procedure. You see, I didn’t even know he had been to the doctor; I didn’t get a call asking for help in finding a doctor; I didn’t get a call asking my opinion about what the doctor said. Are you getting the picture? I wasn’t even in the loop at all. I was just being informed as a courtesy that a colonoscopy had been scheduled. Wait a minute here. This is my baby and I should be informed, consulted, do a background check on this doctor! Well, apparently not, because he and Khianna took care of all of that together. Ouch and shout hallelujah all at the same time.
This is it, the moment I got to completely let my child go into the arms of another woman. I told Adrin I would come down to Little Rock and take him to his colonoscopy.  I mean, Khianna would be at work and he would need someone to drive him, right?  He gently, but laughingly said, “Mom I don’t need you to come. I have a wife (as he so sweetly calls Khianna) now and she will be there. No offense but I would rather have my “wife” with me than my mom.” There it was: a dagger to my heart. OK, not really; I am being dramatic. Just kind of a little ouch, but thankfully a much bigger HALLELUJAH!
What I have spent years praying for has happened. My boy has found the woman who will walk this life with him. She makes him feel loved and safe. Those were at one time my jobs but now they are hers. Khianna is way more than qualified to fill these roles. She is creative, smart, funny, patient (she will need this a lot with our family), loving, and she can cook, which is something I never did very well.
Scripture says “A man shall leave his father and mother……”
Funny how answered prayer can often have an “ouch” to it.  But oh, the hallelujahs make it so sweet.