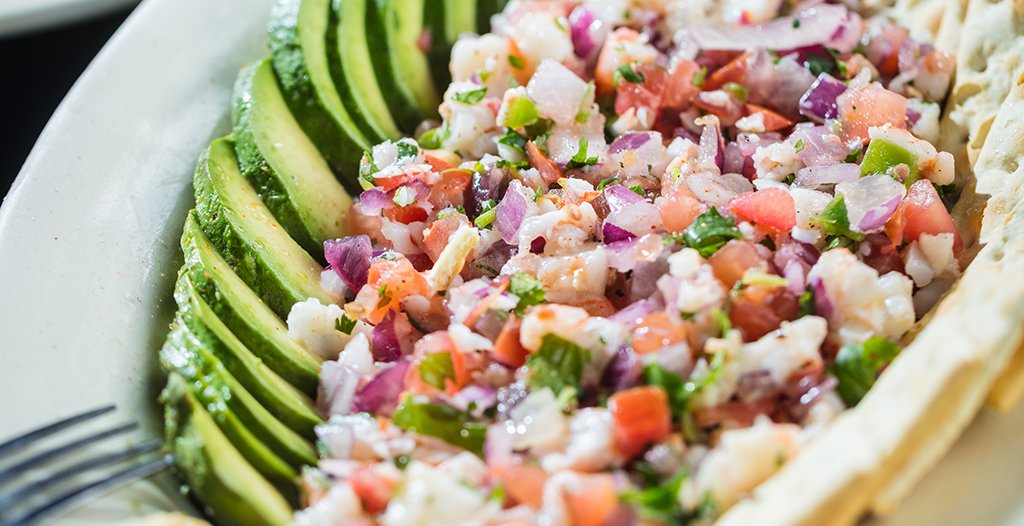 Opportunities to eat new-to-you fare can be found all over the River Valley. We discovered three options just this month as prime examples. And we found all three at Elia’s Mexican Grill in Morrilton.

First on the list is molcajete. It’s huge and it’s hot (the bowl is traditionally fashioned from volcanic rock) and at Elia’s it’s filled with grilled steak, grilled chicken, choriza, shrimp, peppers, onions, tomatoes, nopales (cactus), topped with red sauce and shredded cheese. You’re supposed to eat it in a tortilla, but, really, there’s no wrong way to eat it and a spoon will do quite nicely all on its own.

Then there’s chocolate nachos, which are a little different than you might think based on the name, but definitely just as hedonistic as you’d imagine. It’s three scoops of ice cream (chocolate, vanilla, and strawberry) whipped cream and chocolate sauce all served on a bed of thin, cinnamon-dusted churros. You’ll need a partner (or maybe two) to finish it off.

And finally, the ceviche. It’s just chopped shrimp, onions, tomatoes, and cilantro all “cooked” in lime juice (yes, citrus juice can “cook” foods), but this humble and heavenly combination is simply a “must eat.” And, far as we know, Elia’s is the only place to get it for miles around.