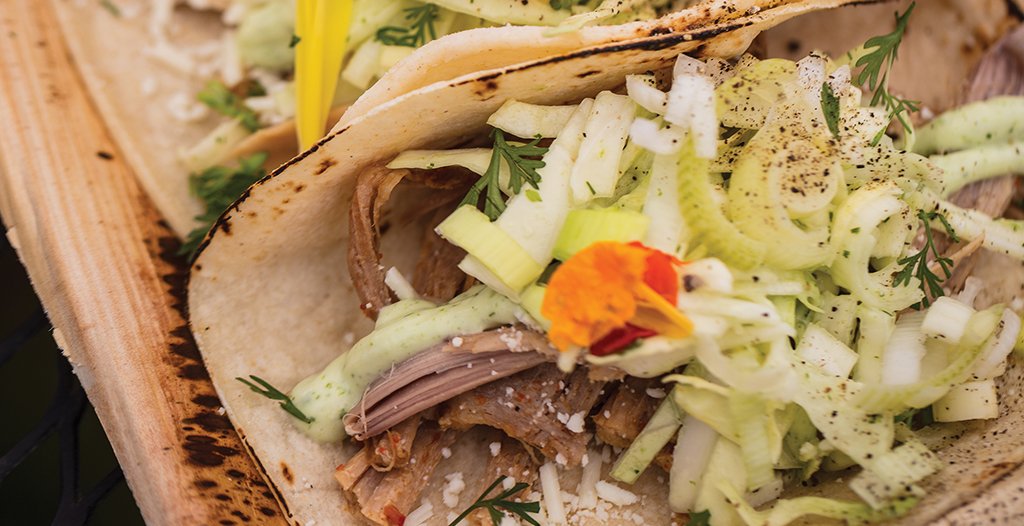 Not that long ago, everything we ate came from people we knew and what was on the table was dependent upon which season we were in. Early spring was greens and midsummer meant tomatoes and cucumbers. Late summer and early fall was okra and watermelon. The meat on our plates came from animals that lived not far away. Everything was local.

It was, in fact, much like Thomas Jefferson’s vision of a great American agrarian society where those who had a hand in the dirt also served as lynchpins of community. Because, after all, food and those who provide it had been lynchpins of every community from Jefferson’s life going backward. According to Jefferson, those souls who worked the soil were the chosen people of God.

Surely, then, those fine folks who prepare the fruits of that sacred labor are God’s anointed as well.

While we can’t say that the Almighty’s hand rests on Prestonrose Farm and Brewing, we can speak to the divine delectables we encountered there. And it’s all grown right around here — vegetables nourished in the local soil and animals fattened on the local grass,

The menu changes every weekend, but a solid staple week in and week out are the tacos. Options are pork and chicken (raised in the fresh air and sunshine as the good Lord intended) and a veggie option with mushrooms. And they are downright delicious — meat (or fungi) that tastes like it’s supposed to taste and accented with the freshest of vegetables and edible flowers.

Paired with one of Prestonrose’s delicious brews there is no better way to pay tribute to Jefferson’s best idea that, now more than ever, should be at the forefront of any discussions about food or country.