Little lives of the creek: A system in concert 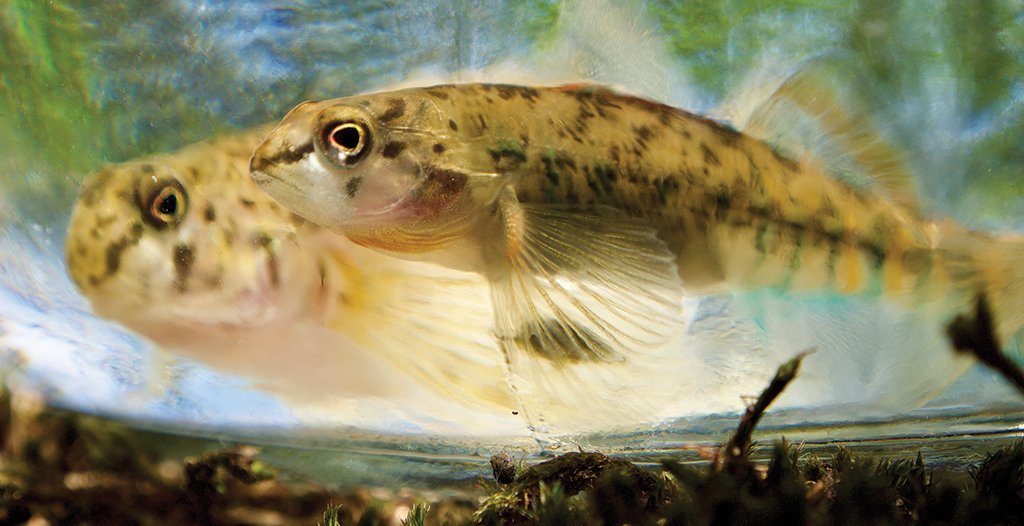 My first memories of a creek trace back to Hackers Creek. As water runs its course, Hackers transforms it from the mildly spirited rapids of Ozark foothills to the somber brown might of the Arkansas River. Topography is the deciding influence for any creek’s personality, and Hackers reflects the gentler rolling hills and long stretches of flatland through which it meanders with longer pools, subdued riffles and nary a waterfall of any size. Its water is the color of weak tea — clear as air at its thinnest points, tannin stained by sycamore and oak leaves at its thickest. If you’ve seen the movie “O’ Brother Where Art Thou,” and you remember the creek scene with the three sirens, then you’ve got a good idea of what Hacker looks like… minus the sirens.

But who needs sirens when you’re six-years-old and there’s fish to catch?

As a six-year-old, the best thing about Hackers, other than the fishing, was that every flat rock in the creek was a doorway to another world full of creepy-crawlies and mysterious tiny fish — tiny fish that mostly fell under the column of “minners”, according to Dad. Bass and bream brought me to the creek bank and into the water, but more obscure forms of life held me captive when the fish weren’t biting. And sometimes, even when they were, I’d still spend my time looking for salamanders and crawfish, and wondering how the minuscule black catfish my dad correctly identified as madtoms could pull a Houdini and seemingly dissolve into the water.

You’d think that years and education would pull me away toward more important things. I think they have.

When I learned that those bottom-hugging little fish that dart from rock to rock are really called darters, it led to a desire to learn even more about them. Did you know darters are really perch, cousins of the yellow perch and walleye? They hug the bottom because they don’t have an air bladder. Through eons of time they’ve been crafted to deal with swift currents by living underneath them. I’ve learned that besides being a food source for predatory fish, biologists now think that many species of darters, along with other fish, are integral in the reproduction of some species of freshwater mussel.

Decades ago, Aldo Leopold, the father of modern wildlife biology wrote about the importance of every organism, even the unseen, in an ecosystem:

“The last word in ignorance is the man who says of an animal or plant, ‘What good is it?’ If the land mechanism as a whole is good, then every part is good, whether we understand it or not. If the biota, in the course of aeons, has built something we like but do not understand, then who but a fool would discard seemingly useless parts?”

Ecosystems are greater than the sum of their parts, but each part is precious.

Darters are only one of those “minners.” There’s also stone rollers and hog suckers and bigeye shiners along with other representatives of various fish families. And I haven’t even mentioned the freshwater snails and hellgrammites and tadpoles. Or the aquatic sowbugs that aren’t really bugs at all but are, in fact, crustaceans related to the familiar terrestrial roly-polys found under rocks and rotting logs in the forest.

Though he didn’t coin the term, Leopold understood a sense of place. What I’m talking about is an awareness of the lives and cycles of the places where you live or hike or hunt or fish. Leopold went the botanical route in talking about a sense of place: “Tell me of what plant-birthday a man takes notice, and I shall tell you a good deal about his vocation, his hobbies, his hay fever, and the general level of his ecological education.”

Tell me of what creatures other than game fish an angler takes notice, and I shall tell you a good deal about the richness of his time spent in the water.

The more I know and understand about the smaller and often unnoticeable denizens of the stream, the more I get a sense of the overwhelming complexity that, frankly, is beyond our limited capacity of comprehension. Those tiny details and tiny lives that are the most important but often forgotten are really the gears of life in the creek. Bass eat crawfish and crawfish thrive in clean water and mussels filter the water and the mussels are here because of the darters. Every bass that comes to hand deserves a “thank you” to the darters. Actually, a few words of gratitude for the creek system as a whole are in order.

And with this gratitude comes a sense of understanding that were it all not working in concert in this symphony of life, there’s a good chance that there would be no reason at all to visit the creek.

← Prev. The creatures that time forgot Next: Roads less traveled →